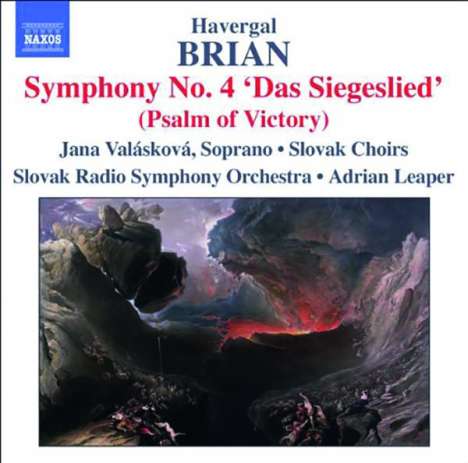 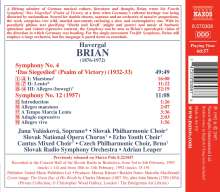 A lifelong admirer of German musical culture, literature and thought, Brian wrote his Fourth Symphony "Das Siegeslied" (Psalm of Victory) at a time when Germany's cultural heritage was being distorted by nationalism. Scored for double chorus, soprano and an orchestra of massive proportions, the work comprises two wild, martial movements enclosing a slow and contemplative one. With its peculiarly pitiless text glorifying "Macht und Kraft" (might and power) and music of barbaric splendour and violent expressive contrast, the Symphony can be seen as Brian's apocalyptic vision of the direction in which Germany was heading. For the single-movement Twelfth Symphony, Brian still employs a large orchestra, but the language is pared down to essentials.