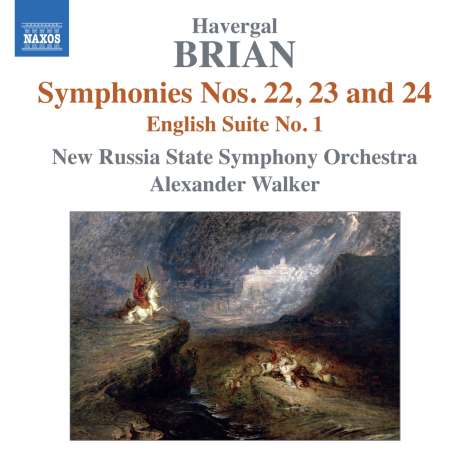 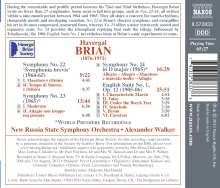 Nur noch 1 Stück am Lager. Danach versandfertig innerhalb einer Woche (soweit verfügbar beim Lieferanten)
EUR 12,99*
Versandkosten
During the remarkable and prolific period between his 72nd and 92nd birthdays, Havergal Brian wrote no fewer than 27 symphonies. Some seem to fall into groups, such as Nos 22–24, all written within a nine-month period between 1964 and 1965. They all share a concern for march-rhythms, changeable moods and developing variation. No 22 is Brian’s shortest symphony and exemplifies his art in its most compressed, nocturnal form, whereas No 23 offers a more extrovertly scored and expansive scale. No 24 provides the triumphant rejoicing that ends the trilogy. Influenced by Tchaikovsky, the 1906 English Suite No 1 nevertheless hints at Brian’s sonic experiments to come.