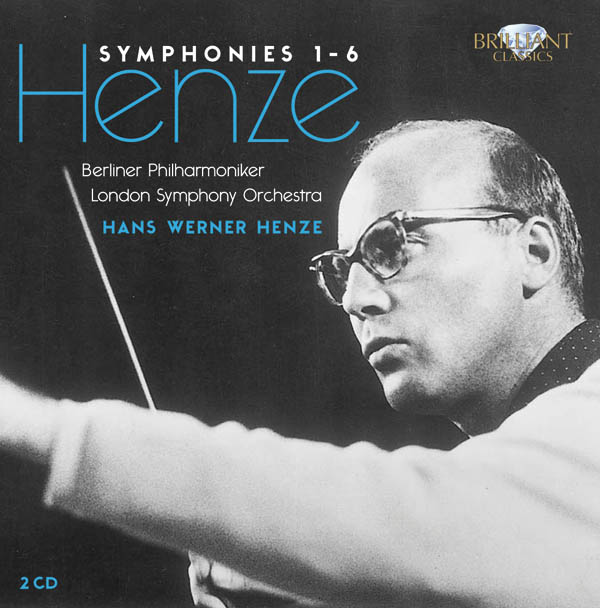 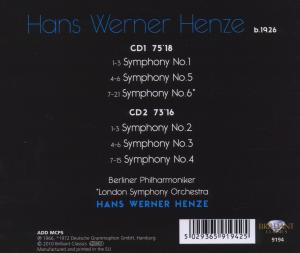 -40%
Simon Rattle - Musik im 20.Jahrhundert
EUR 49,99**
5 DVDs
EUR 29,99*
Hans Werner Henze (1926-2012) is one of the most significant composers of the post 1945 period. Prolific over many genres, at the core of his output are the 10 symphonies -- a choral Ninth and No. 10 being the most recent additions to the canon. The symphonies pay homage to the great traditions of Beethoven, Bruckner and Mahler, and at the same time subverting these great musical structures and styles. Growing up in Hitler's Germany, the music of Stravinsky, Bartok, Berg and Hartmann was banned, yet Henze's First symphony of 1946 / 7 is full of the influences of these composers -- motor rhythms, jazz, woodwind writing redolent of Berg. The Second shows the symphonic structure of Hartmann being developed by Henze -- two movements that include a heartfelt adagio and a furious allegro and a deeply elegiac lento.

The Third, described by the composer as 'bright, dance like and hectic' reflect the successes he had had with his ballet scores, and in orchestral texture is strangely reminiscent in places of Britten. The Fourth draws on material from his opera 'Konig Hirsch' (King Stag) based on a fairy tale by Carlo Gozzi. Reflecting Henze's love for Italianate arioso, the symphony is a depiction of the passing of the seasons in a forest. The score is ecstatic, Bergian and exquisitely scored. The Fifth depicts the 'sensual conflicts and joys prompted by the sensuous happiness of 20th-century Rome, its people and countryside'. The Sixth is a protest work (dating from 1969 when Henze embraced a militant Marxist anti-bourgeois aesthetic) with Vietnamese Liberation Front protest songs, the 'Song Of Freedom' by Theodorakis plus other music superimposed by the two chamber orchestras. Henze described it as 'a Lutheran, Protestant symphony' with a 'Pagan body' whose 'pulse and blood are black'.

'The performances here are as authoritative as one would expect; the recordings are first rate. I hope that the set will be heard not solely by twentieth-century music specialists, but by anyone interested in music as a living art (Henze's music, after all, is not 'difficult'). It gives an absorbing insight into the mind of a greatly gifted composer grappling with the problems posed by the present state of music and of the world at large-and (not least) with the conflicts inherent within the very nature of his own talent' Gramophone, August 1976