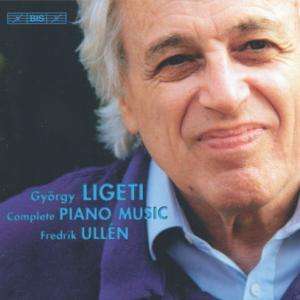 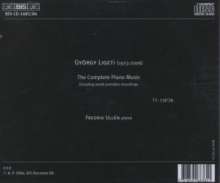 György Ligeti (1923-2006)
Sämtliche Klavierwerke Vol.1
CD
EUR 19,99*
This release coincides with the recent passing away of György Ligeti. It consists of his complete music for piano and includes previously unrecorded works, making it the only comprehensive survey so far of a genre in which this great figure of 20th century music was active until the very last years of his life. On it Fredrik Ullén, who in Gramophone has been described as ‘a pianist as stylish as he is scintillating’, combines newly recorded material with two discs, respectively) which at the time of their release received a number of distinctions as well as the highest possible praise by the reviewers. ‘To hear Ullén fly through Die Zauberlehrling is to understand the meaning of a great over competent performance. Small wonder Ligeti trusts the man!’ and ‘a superb reference recording!’ was the verdict for BIS-CD-783 in Fanfare and in Fono Forum. The follow-up was greeted no less enthusiastically: ‘Ullén continues his series as he began it: imbued with the finest touch and rhythmic exactitude’ (Diapason) and ‘This is a very fine disc’ (Répertoire). To this material has been added the two Études of book three composed after the release of the previous discs, as well as the world première recordings of L’arrache-cœur (composed in 1994 and originally intended as Étude No. 11) and Four Early Piano Pieces, from 1941 and thus among the earliest preserved Ligeti pieces.