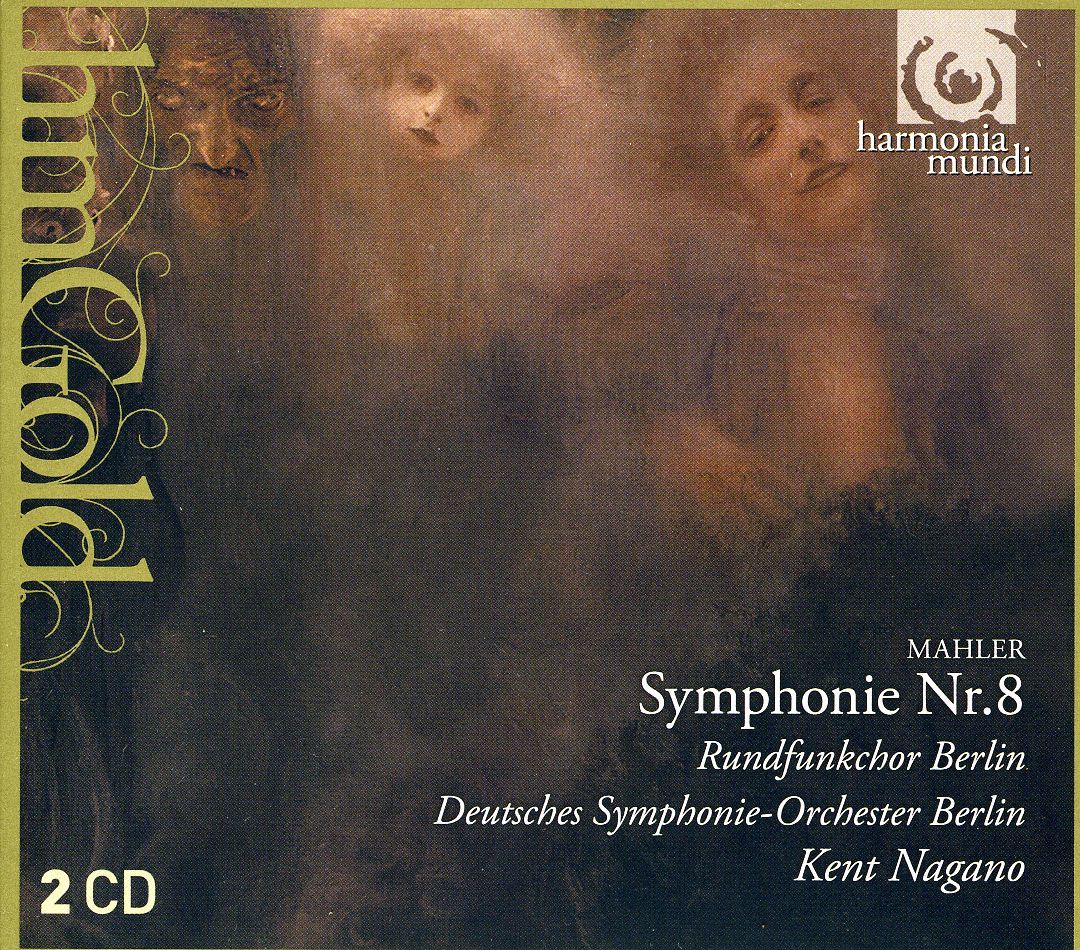 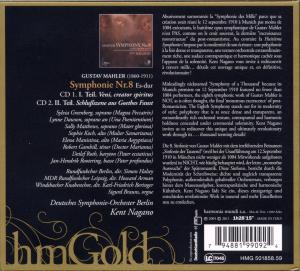 Bewertung:
Nur noch 1 Stück am Lager.
EUR 16,99*
Versandkosten
Misleadingly nicknamed ›Symphony of a Thousand‹ because its Munich premiere on 12 September 1910 featured no fewer than 1004 performers, the eighth symphonic work of Gustav Mahler is NOT, as is often thought, the final ›monstrous excrescence‹ of post-Romanticism. Initially a modern ›ode to joy‹ (the Veni creator revisited), then a secular Mass (the final scene of Goethe's Faust II), turning obsessively around the key of E flat major, the Eighth Symphony stands out for its modernity of style: polyphony that is at once dense and transparent, an extraordinarily rich orchestral texture, contrapuntal and harmonic boldness concealed under ceremonial solemnity. Kent Nagano invites us to rediscover this unique and ultimately revolutionary work through its . . . thousand teeming details!

This title was released for the first time in 2005.