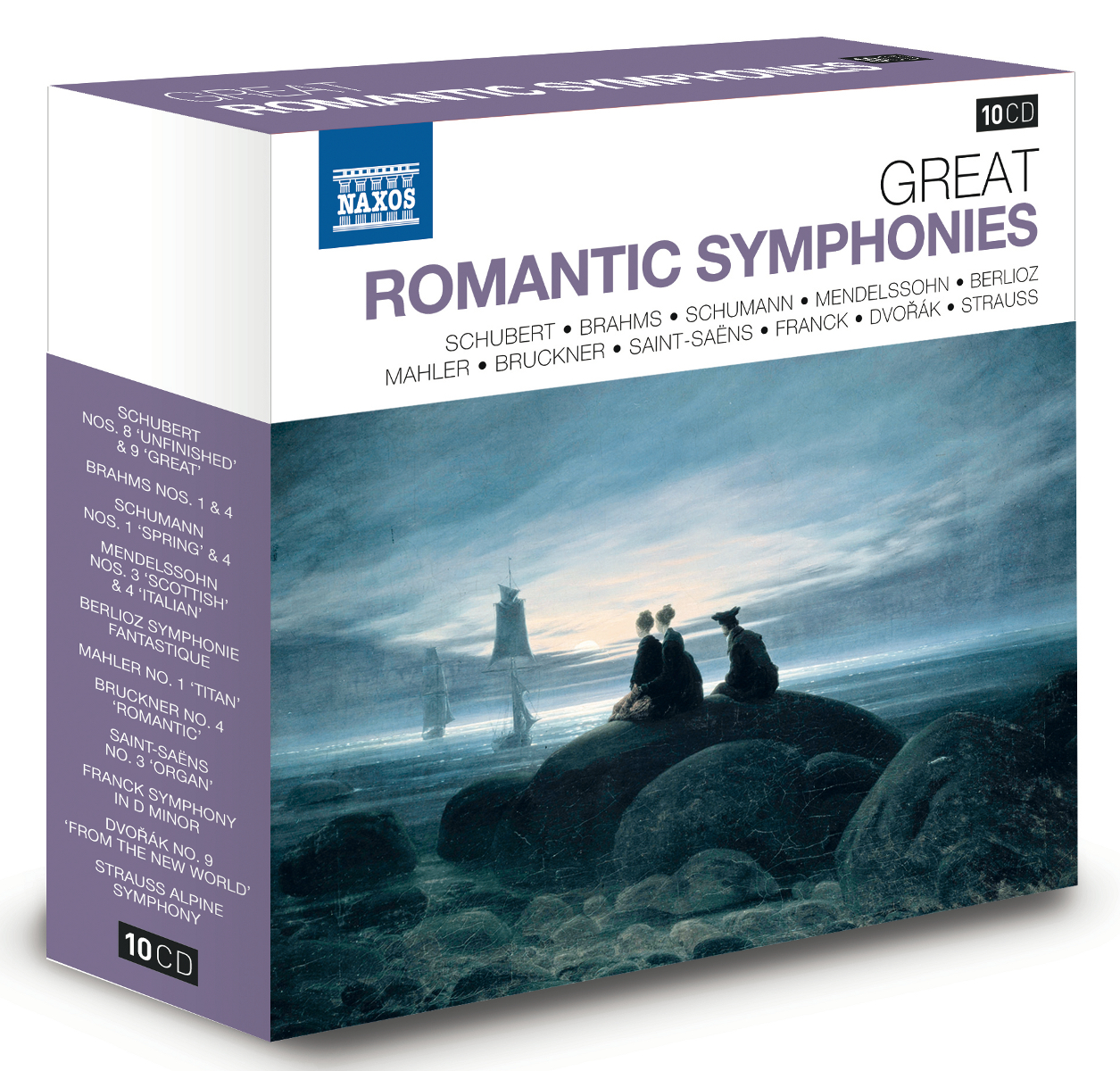 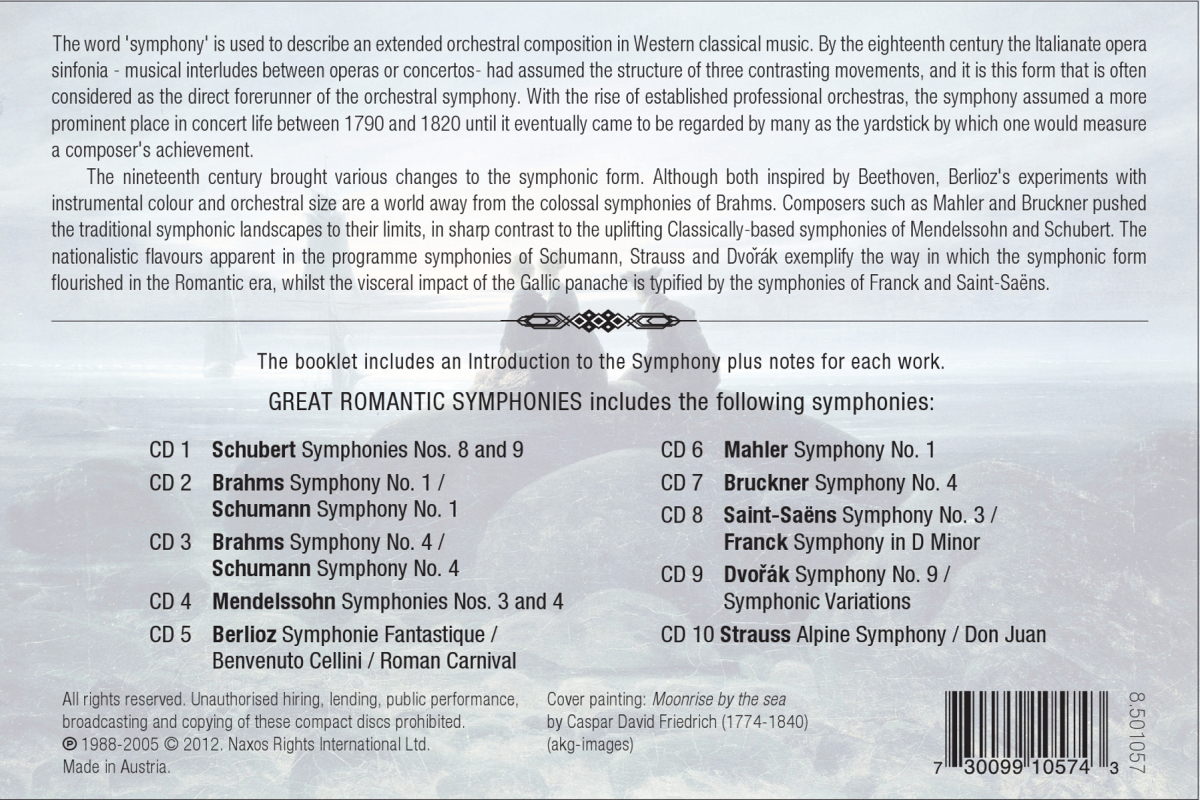 Bewertung:
Artikel am Lager
-54%
EUR 32,99**
EUR 14,99*
Versandkosten
Naxos: Boxen preiswert
The word ›symphony‹ is used to describe an extended orchestral composition in Western classical music. By the eighteenth century the Italianate opera sinfonia—musical interludes between operas or concertos—had assumed the structure of three contrasting movements, and it is this form that is often considered as the direct forerunner of the orchestral symphony. With the rise of established professional orchestras, the symphony assumed a more prominent place in concert life between 1790 and 1820 until it eventually came to be regarded by many as the yardstick by which one would measure a composer's achievement.

The nineteenth century brought various changes to the symphonic form. Although both inspired by Beethoven, Berlioz's experiments with instrumental colour and orchestral size are a world away from the colossal symphonies of Brahms. Composers such as Mahler and Bruckner pushed the traditional symphonic landscapes to their limits, in sharp contrast to the uplifting Classically based symphonies of Mendelssohn and Schubert. The nationalistic flavours apparent in the programme symphonies of Schumann, Strauss and Dvořák exemplify the way in which the symphonic form flourished in the Romantic era, whilst the visceral impact of the Gallic panache is typified by the symphonies of Franck and Saint-Saëns.