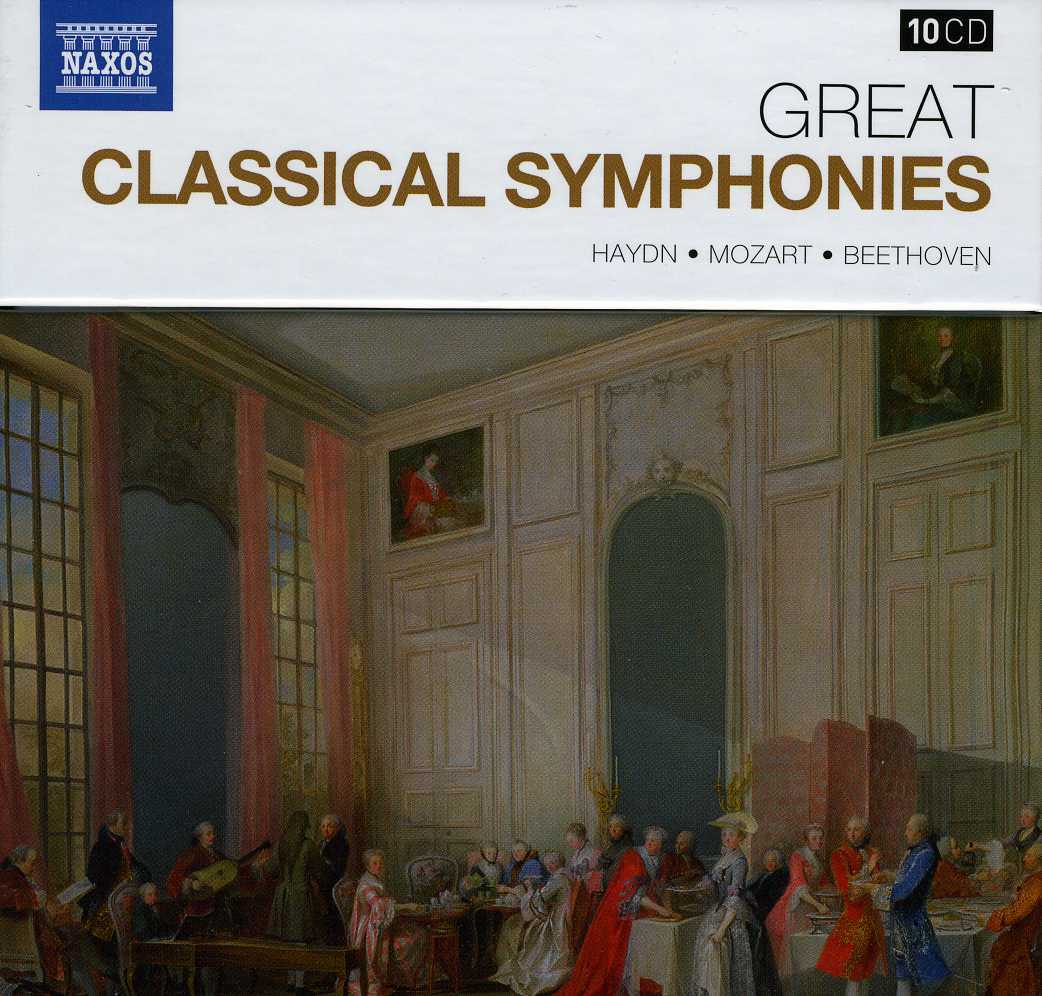 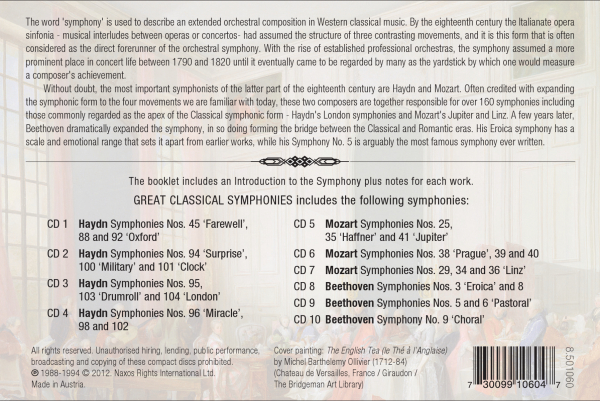 Bewertung:
lieferbar innerhalb 1-2 Wochen
(soweit verfügbar beim Lieferanten)
EUR 34,99*
Versandkosten
Naxos-Jubiläumsbox
The word ‘symphony’ is used to describe an extended orchestral composition in Western classical music. By the eighteenth century the Italianate opera sinfonia—musical interludes between operas or concertos—had assumed the structure of three contrasting movements, and it is this form that is often considered as the direct forerunner of the orchestral symphony. With the rise of established professional orchestras, the symphony assumed a more prominent place in concert life between 1790 and 1820 until it eventually came to be regarded by many as the yardstick by which one would measure a composer’s achievement.

Without doubt, the most important symphonists of the latter part of the eighteenth century are Haydn and Mozart. Often credited with expanding the symphonic form to the four movements we are familiar with today, these two composers are together responsible for over 160 symphonies including those commonly regarded as the apex of the Classical symphonic form—Haydn’s London symphonies and Mozart’s Jupiter and Linz. A few years later, Beethoven dramatically expanded the symphony, in so doing forming the bridge between the Classical and Romantic eras. His Eroica symphony has a scale and emotional range that sets it apart from earlier works, while his Symphony No 5 is arguably the most famous symphony ever written.