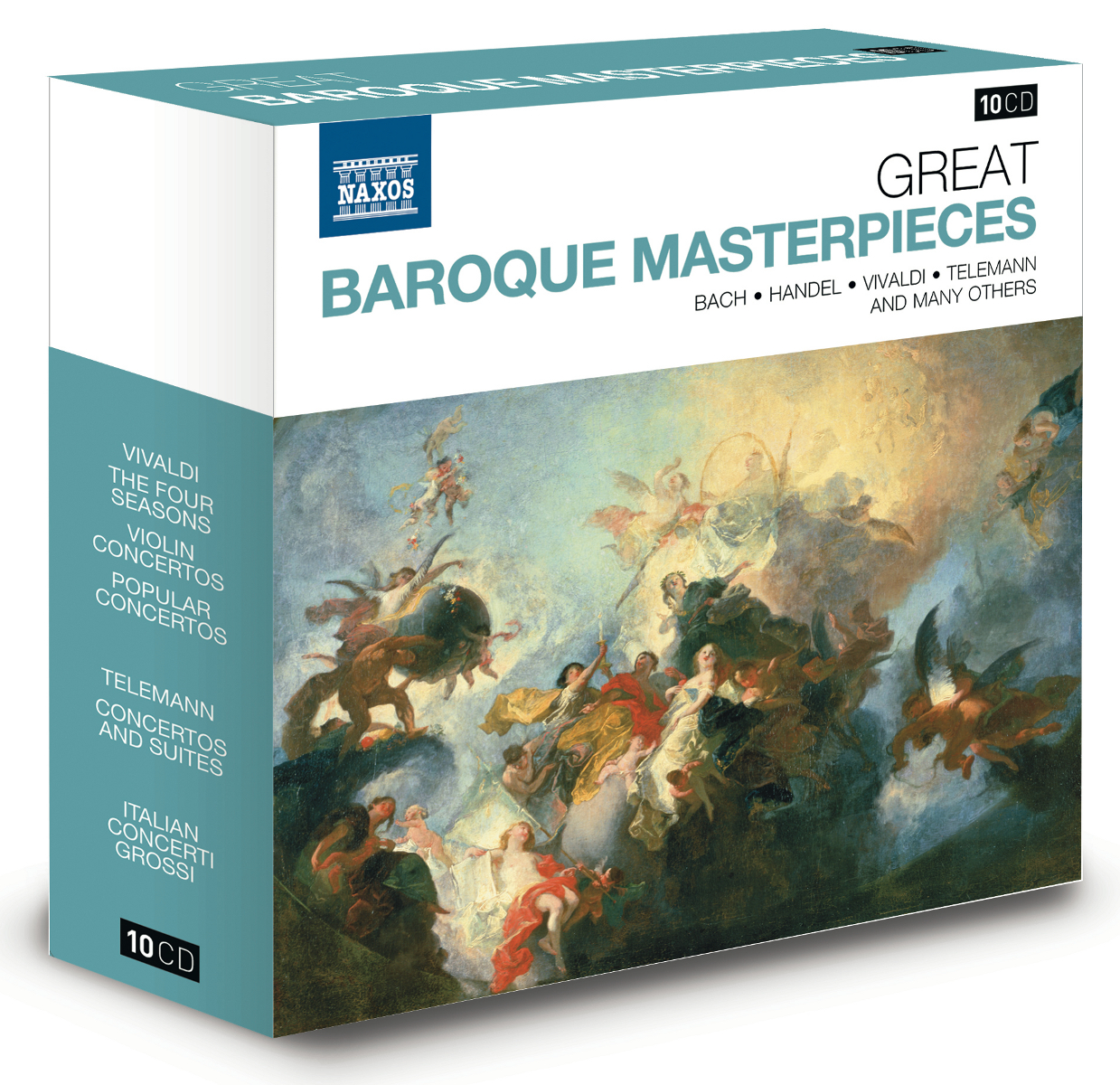 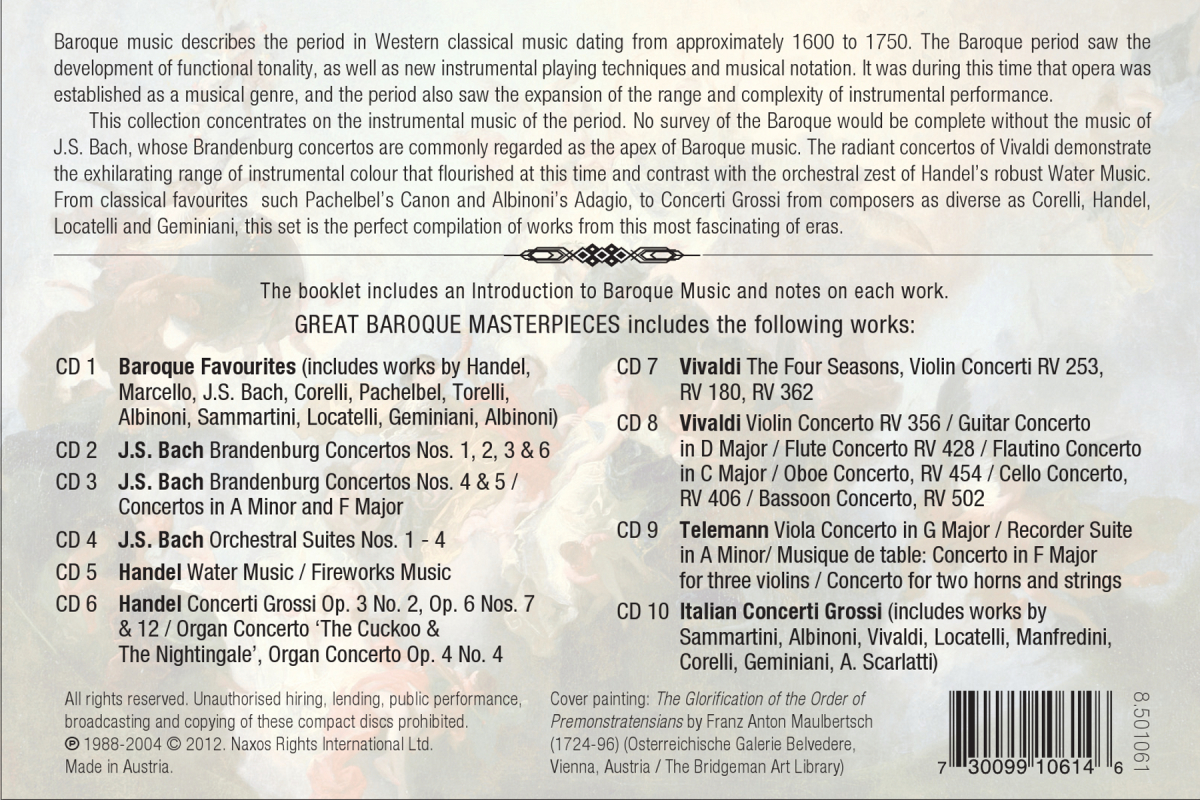 Bewertung:
Nur noch 1 Stück am Lager. Danach versandfertig innerhalb von 1-3 Tagen (soweit verfügbar beim Lieferanten)
EUR 32,99*
Versandkosten
Naxos-Jubiläumsbox
Baroque music describes the period in Western classical music dating from approximately 1600 to 1750. The Baroque period saw the development of functional tonality, as well as new instrumental playing techniques and musical notation. It was during this time that opera was established as a musical genre, and the period also saw the expansion of the range and complexity of instrumental performance.

This collection concentrates on the instrumental music of the period. No survey of the Baroque would be complete without the music of JS Bach, whose Brandenburg concertos are commonly regarded as the apex of Baroque music. The radiant concertos of Vivaldi demonstrate the exhilarating range of instrumental colour that flourished at this time and contrast with the orchestral zest of Handel’s robust Water Music. From classical favourites such Pachelbel’s Canon and Albinoni’s Adagio, to Concerti Grossi from composers as diverse as Corelli, Handel, Locatelli and Geminiani, this set is the perfect compilation of works from this most fascinating of eras.