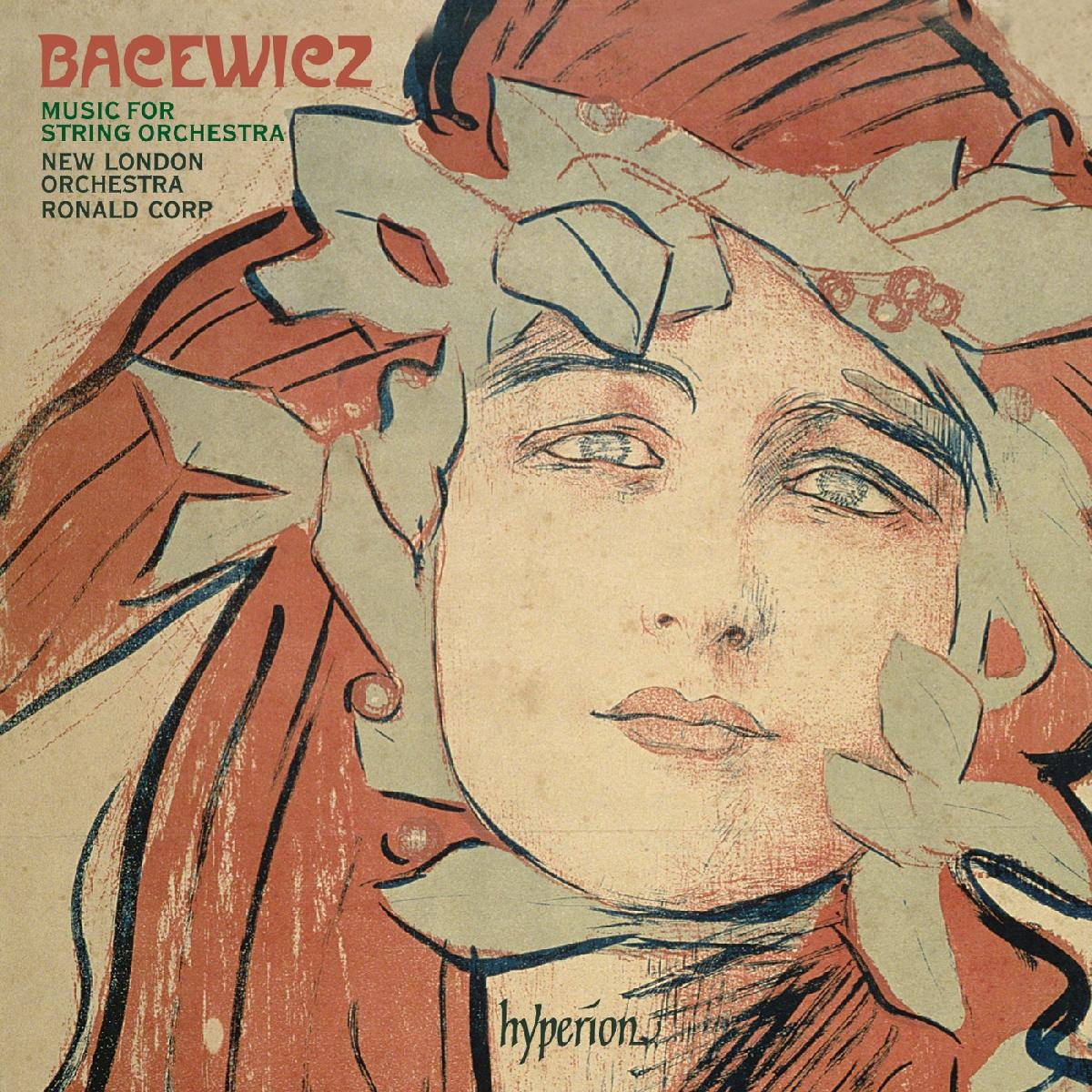 This new disc from the New London Orchestra under Ronald Corp showcases the work of Grazyna Bacewicz (1909–1969), whose centenary is celebrated this year. It contributes greatly to the knowledge of her music outside her native Poland, where she is still an important and well-loved cultural figure, one of those who led to Polish music becoming one of the main contributors to European culture in the second half of the twentieth century. It contains the premiere recordings of both the Sinfonietta and the Symphony for string orchestra.

Bacewicz was one of the most significant composers of the mid-twentieth-century, with strong roots in the culture of Paris, where she studied both composition and violin in the early 1930s. Her most striking music is that which draws on her experience of the neoclassicism of inter-war France. She emphasizes neoclassicism’s vitality and clarity while at the same time giving it a combination of delicacy and muscularity which is all her own. While she demonstrates both wit and joie de vivre, her music is never frivolous.

'The New London Orchestra, under Ronald Corp's direction, shows from the outset a true affinity with this music. One can sense an entire tradition of string playing here … A revelation is the Symphony from 1946 … The disc ends with a superb performance of the magnificent Music for Strings, Trumpet and Percussion … music that pulls the listener in all sorts of directions, from the blackest depths to the heights of joy, and always intriguing with its highly original orchestration. This is a wonderful recording of wonderful music' (International Record Review)

'A thoroughly rewarding survey of a composer who deserves to be better known … [Music for Strings, Trumpets and Percussion] This is music of lament and even of protest, but it has a positive spirit concerned to communicate no less urgently and distinctively than the composer's more 'orthodox' earlier pieces' (Gramophone)