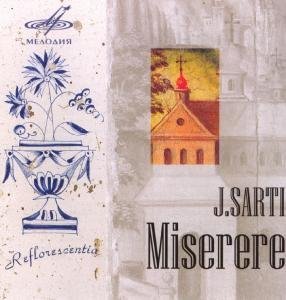 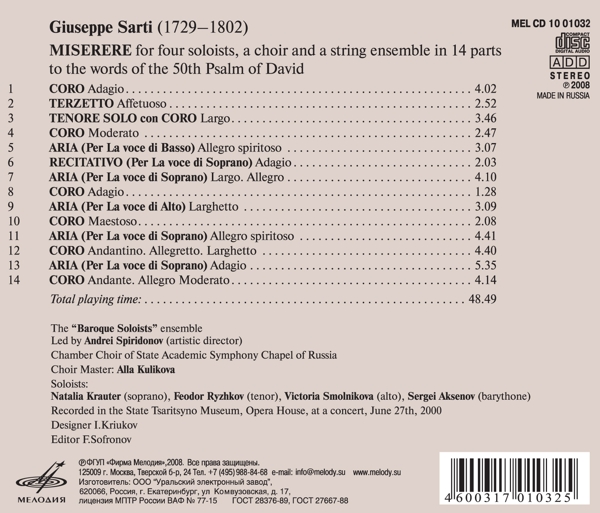 Giuseppe Sarti is an Italian composer who spent more then 16 years working in Russia. Invited by Catherine II in 1784, he came to Saint Petersburg and assumed the position of court conductor as well as being responsible for Grigory Potemkin’s choir. It was here that he wrote many of his operas and his most ceremonial, monumental work which strikes its listener with the richness and power of its sound.

These include “Requiem for Louis XVI”, “Concert Hymn” and the cantata, “Russia’s Genius”. This last piece was wrote for the coronation of Pavel I. He also wrote “A gift for Pavel I” (wrote for Tsar Pavel’s daughters to perform) and «Miserere», placed at the present CD.