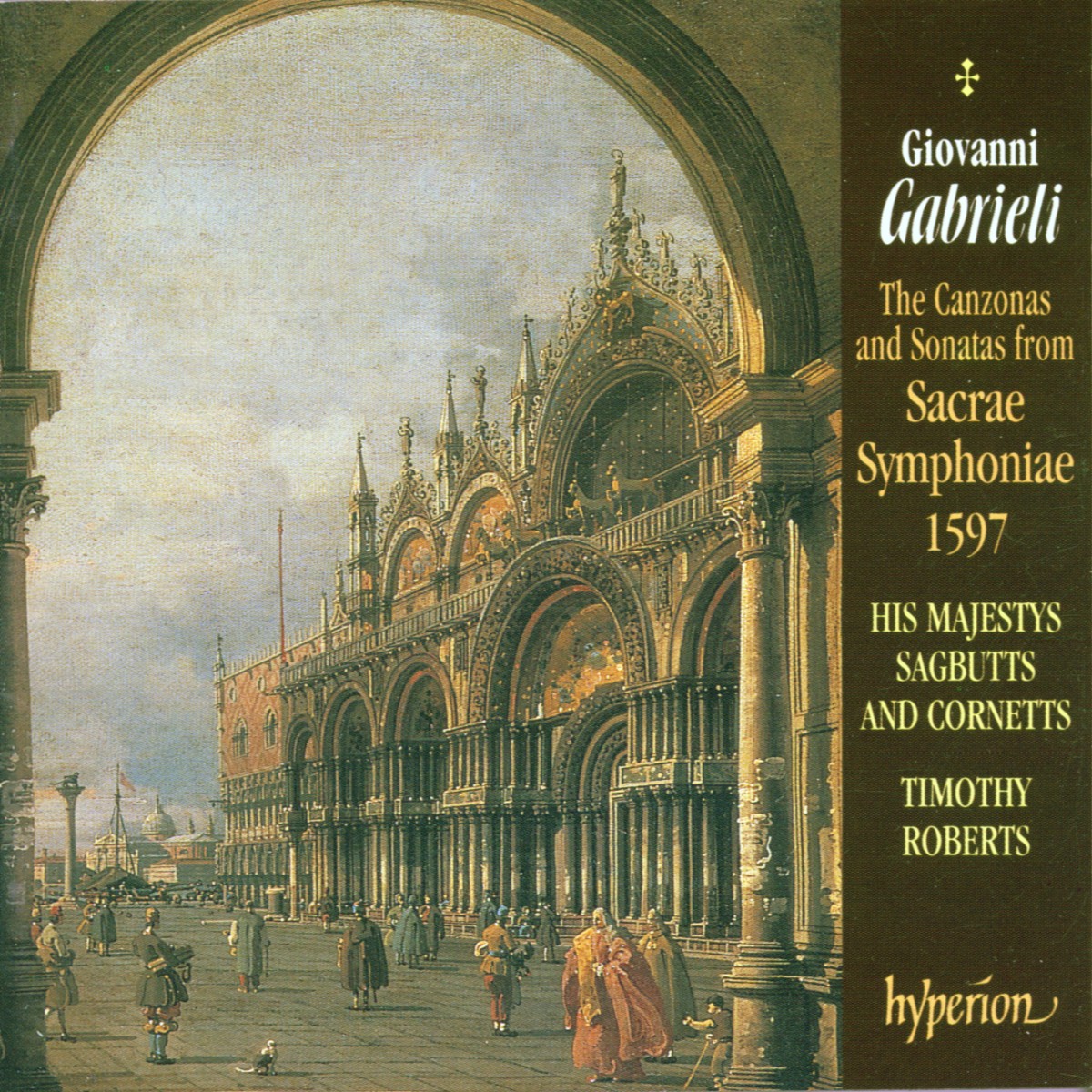 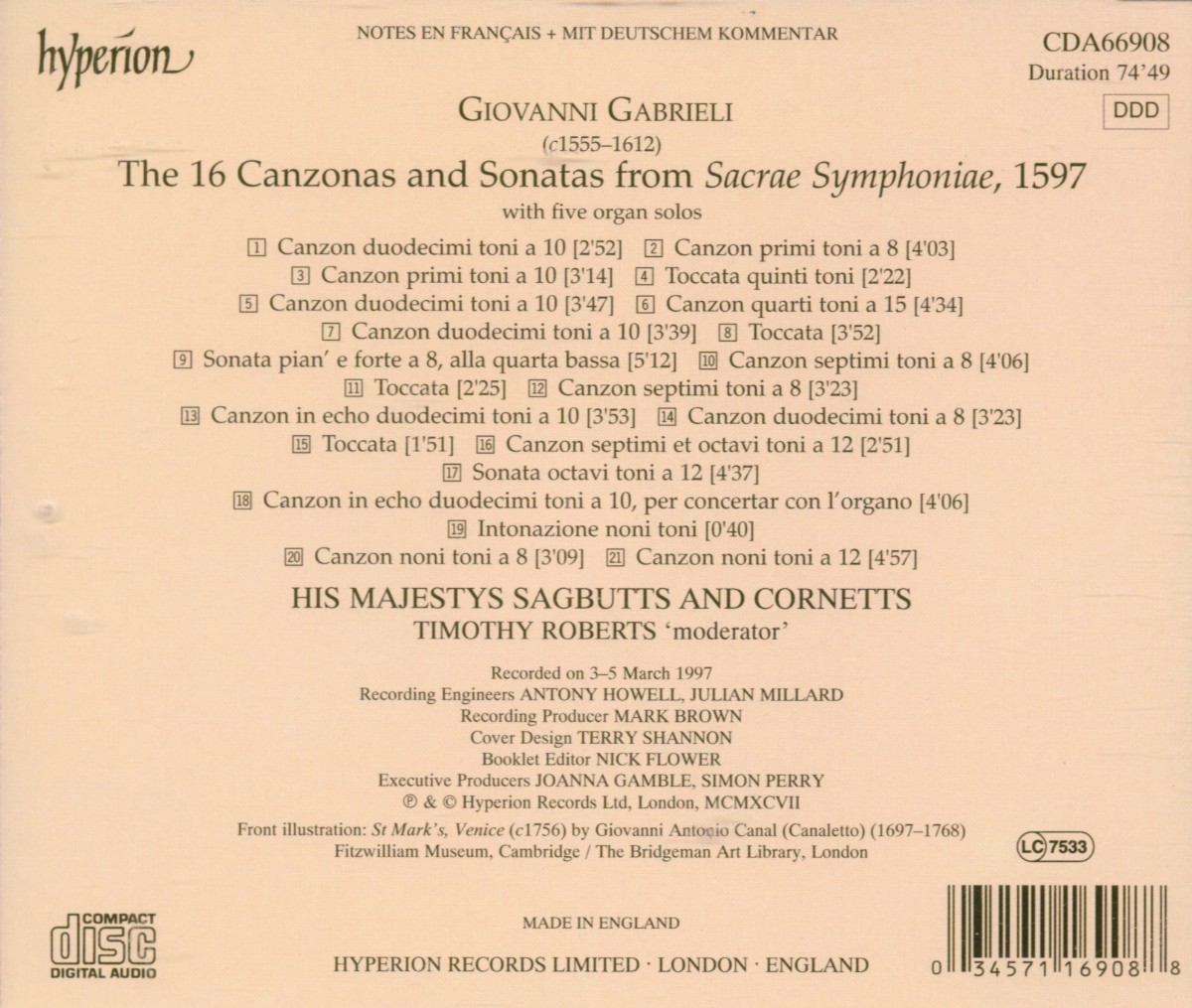 This recording features what we believe to be the largest group of cornett and sackbut players to have been assembled from one city since the seventeenth century, and represents the fruition of a long-held aspiration of the original members of His Majestys Sagbutts and Cornetts.

It was one evening in 1981, over dinner and a bottle or two of wine, that we first got together and shared our ideas. The result of this meeting was the bringing together of a rather unlikely bunch of characters and the formation of ‘HMSC’. Some years later a rather zealous critic paid us this great compliment: ‘While every member of the group is a virtuoso in his or her own right, the listener always has a clear sense that the whole is greater than the sum of the parts.’

In 1608 Thomas Coryat had described hearing ‘the best musicke that ever I did in all my life … that I would willingly goe an hundred miles a foote at any time to hear the like’ after attending a rendition of Gabrieli in Venice. He goes on to record these Venetian musicians as ‘having their master or moderator to keepe them in order’. We accordingly invited our keyboard player Timothy Roberts to be our ‘moderator’, a position in keeping with the ethos of HMSC, and thankfully he agreed both to prepare the performances and to ‘keep the sessions in order’.

Over the years the pool of suitably talented London-based players has become ever larger, gradually making the recording of Gabrieli’s polychoral masterpieces feasible. The first rehearsal for this recording was a joy that we have seldom encountered, and the project as a whole saw our chamber group transformed into a willing and sensitive ‘extended family’. We are truly indebted to all who took part.

These glorious works range from eight parts to fifteen, with the instruments arrayed in up to three separate 'choirs'.

'Excellent. The playing is fluent and exhilarating. An excellent recording. The notes are exemplary' (Classic CD)

'Magnificent. The range of color, breadth and depth of sonority and the majestic nobility of the composer's conception are all revealed in a manner even the most expert of modern brass players could not possibly emulate. A superlative disc and a real credit to everyone involved' (Fanfare, USA)