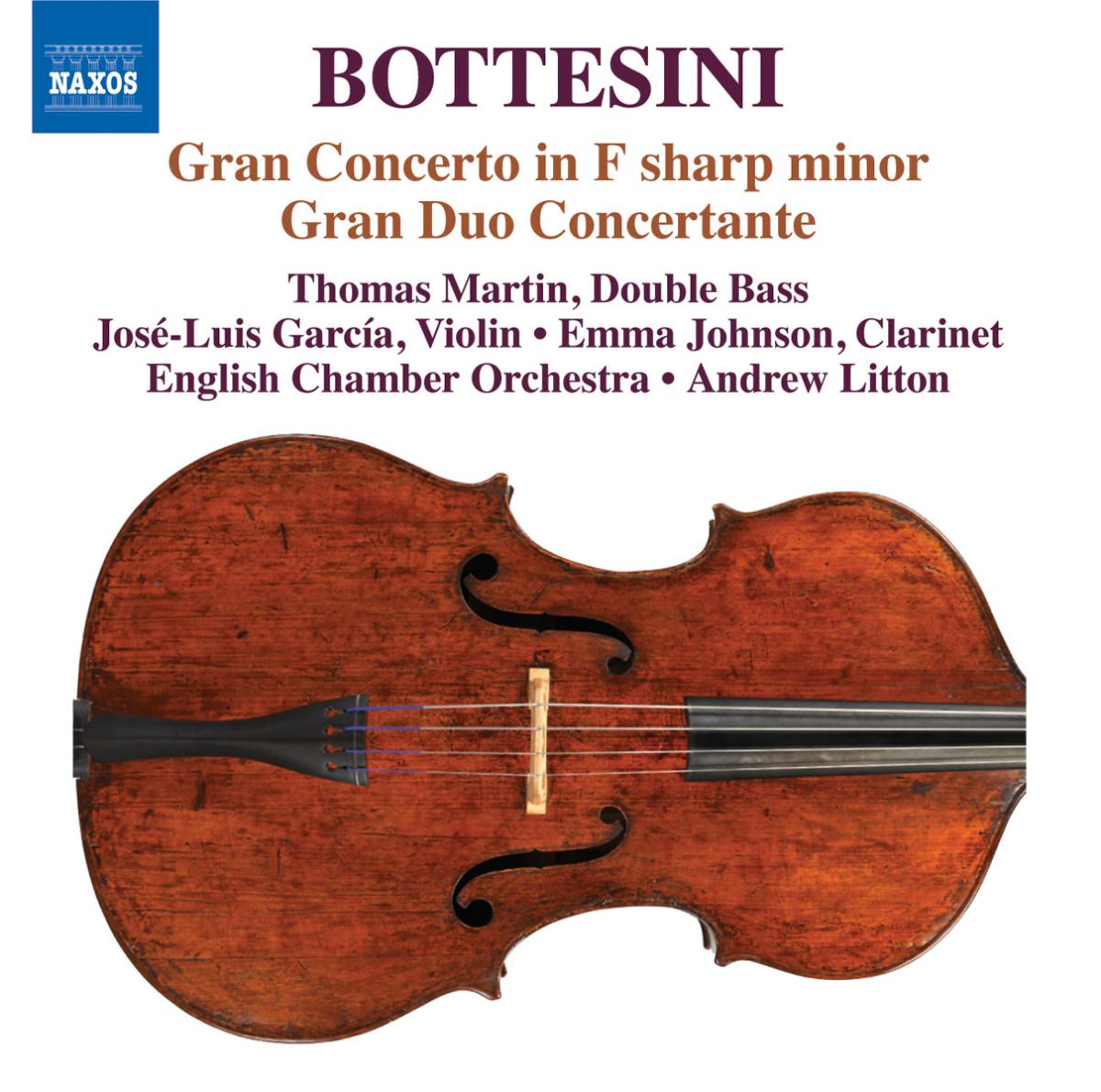 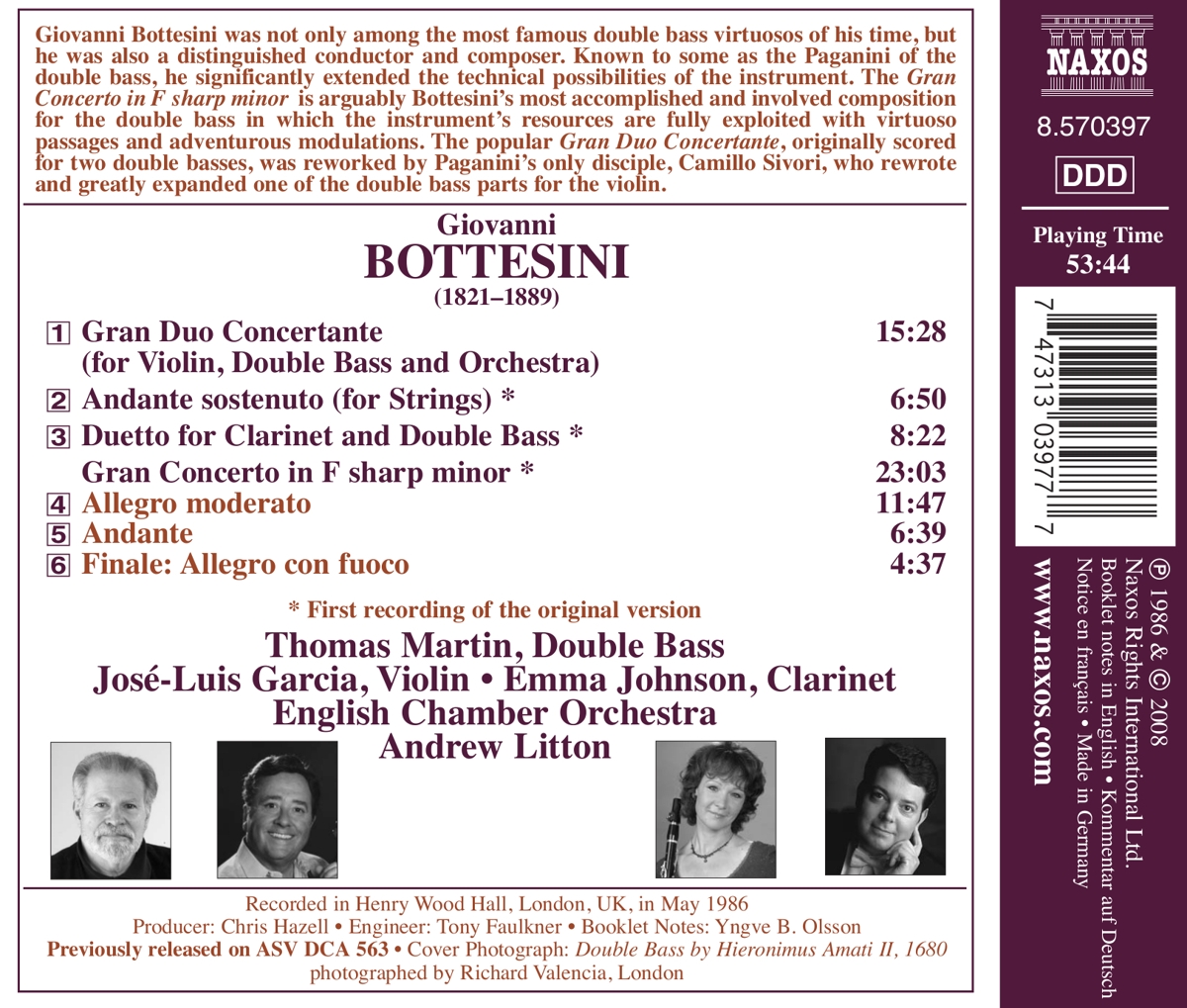 Bewertung:
Nur noch 1 Stück am Lager. Danach versandfertig innerhalb von 1-3 Tagen (soweit verfügbar beim Lieferanten)
EUR 9,99*
Versandkosten
Giovanni Bottesini was not only among the most famous double bass virtuosos of his time, but he was also a distinguished conductor and composer. Known to some as the Paganini of the double bass, he significantly extended the technical possibilities of the instrument. The Gran Concerto in F sharp minor is arguably Bottesini's most accomplished and involved composition for the double bass in which the instrument's resources are fully exploited with virtuoso passages and adventurous modulations. The popular Gran Duo Concertante, originally scored for two double basses, was reworked by Paganini's only disciple, Camillo Sivori, who rewrote and greatly expanded one of the double bass parts for the violin.