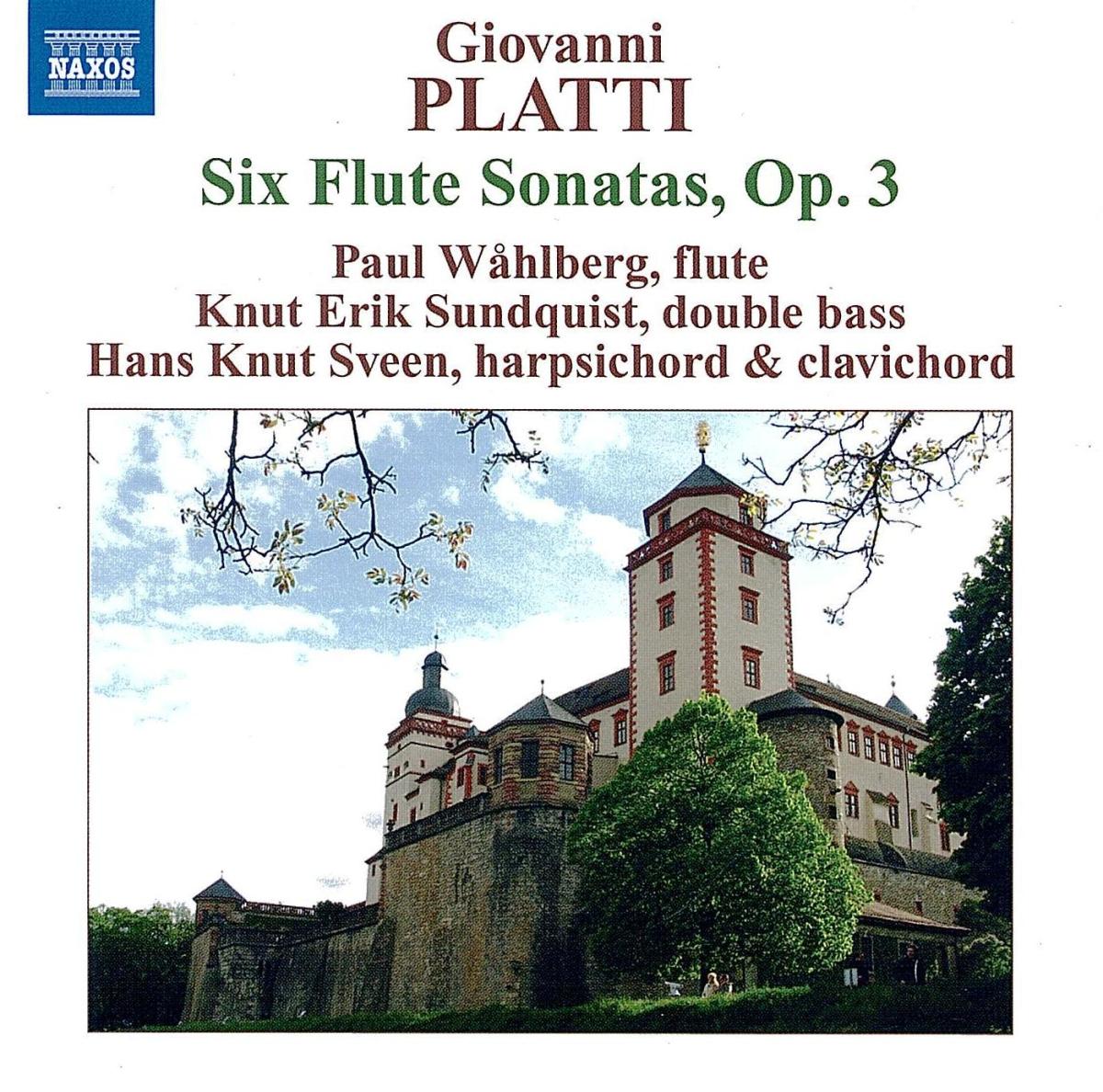 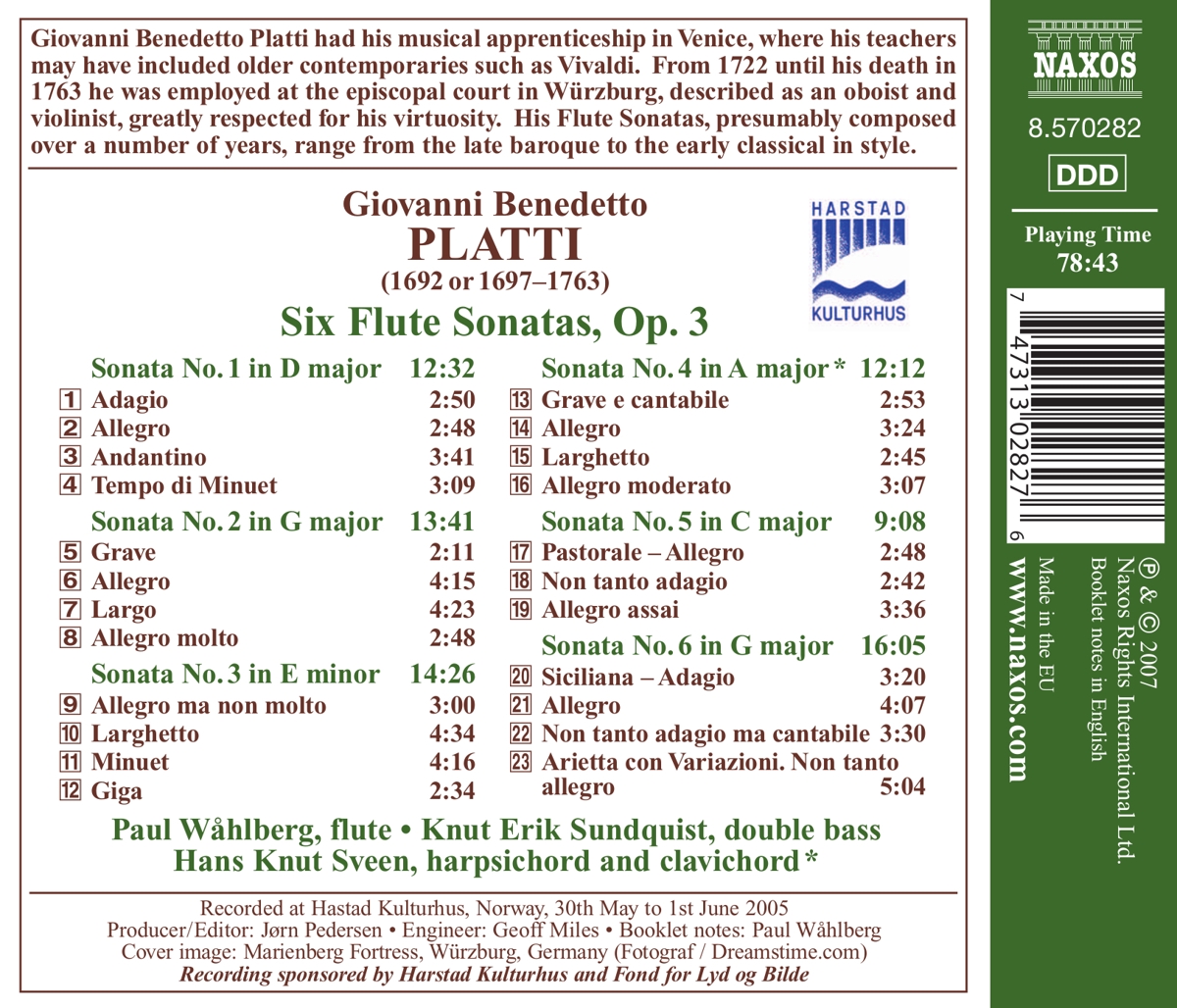 Bewertung:
Nur noch 1 Stück am Lager. Danach versandfertig innerhalb einer Woche (soweit verfügbar beim Lieferanten)
EUR 7,99*
Giovanni Benedetto Platti had his musical apprenticeship in Venice, where his teachers may have included older contemporaries such as Vivaldi. From 1722 until his death in 1763 he was employed at the episcopal court in Würzburg, described as an oboist and violinist, greatly respected for his virtuosity. His Flute Sonatas, presumably composed over a number of years, range from the late baroque to the early classical in style.