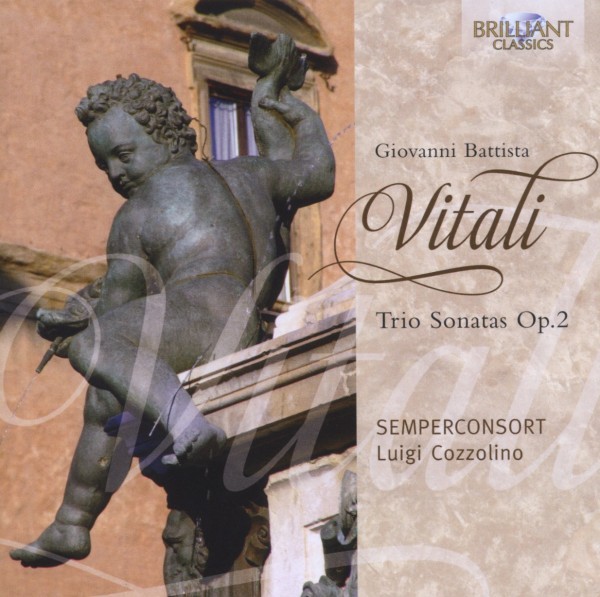 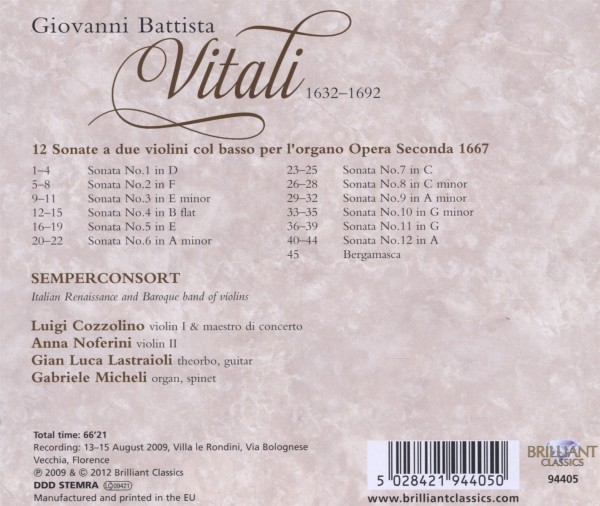 Born in Bologna on 18 February 1632, Giovanni Battista Vitali was one of the most outstanding cellists of his generation. Rising to become sottomaestro di cappella at the court of the music-loving Duke Francesco II d'Este in 1674, the Italian's output ranges from cantatas and oratorios to various instrumental works. His Sonatas for Violin Op. 2, published in 1667, form the subject of this engaging release.

The sonatas, all in the 'da chiesa' style, proved to be a highly popular collection during Vitali's time, and were reprinted no less than five times in the space of 18 years! Not only did their brevity and lack of extreme technical demands appeal to competent amateurs and small churches unable to afford costly vocal resources, but the works' ability to reconcile the exacting style of the early Baroque 'sonata da chiesa' with new 'classicizing' was particularly attractive to connoisseurs of the time. Cast in three or four movements, the sonatas either begin with slow and majestic one, or (more often) a faster one with a highly imitative texture. A particularly striking piece is the Sonata No. 8 in C minor, whose use of homophonic harmony, underpinned by sequences of unresolved sevenths, must have seemed exceptionally modern for its time.

Performing this charming collection of works are Semperconsort, a group of Renaissance and Baroque specialists who use period-style instruments to recreate how the music would have sounded. Their astute readings are headed by Luigi Cozzolino, principal violinist and founder of the group, whose absorbing playing can only increase listeners' appreciation for this often overlooked composer.