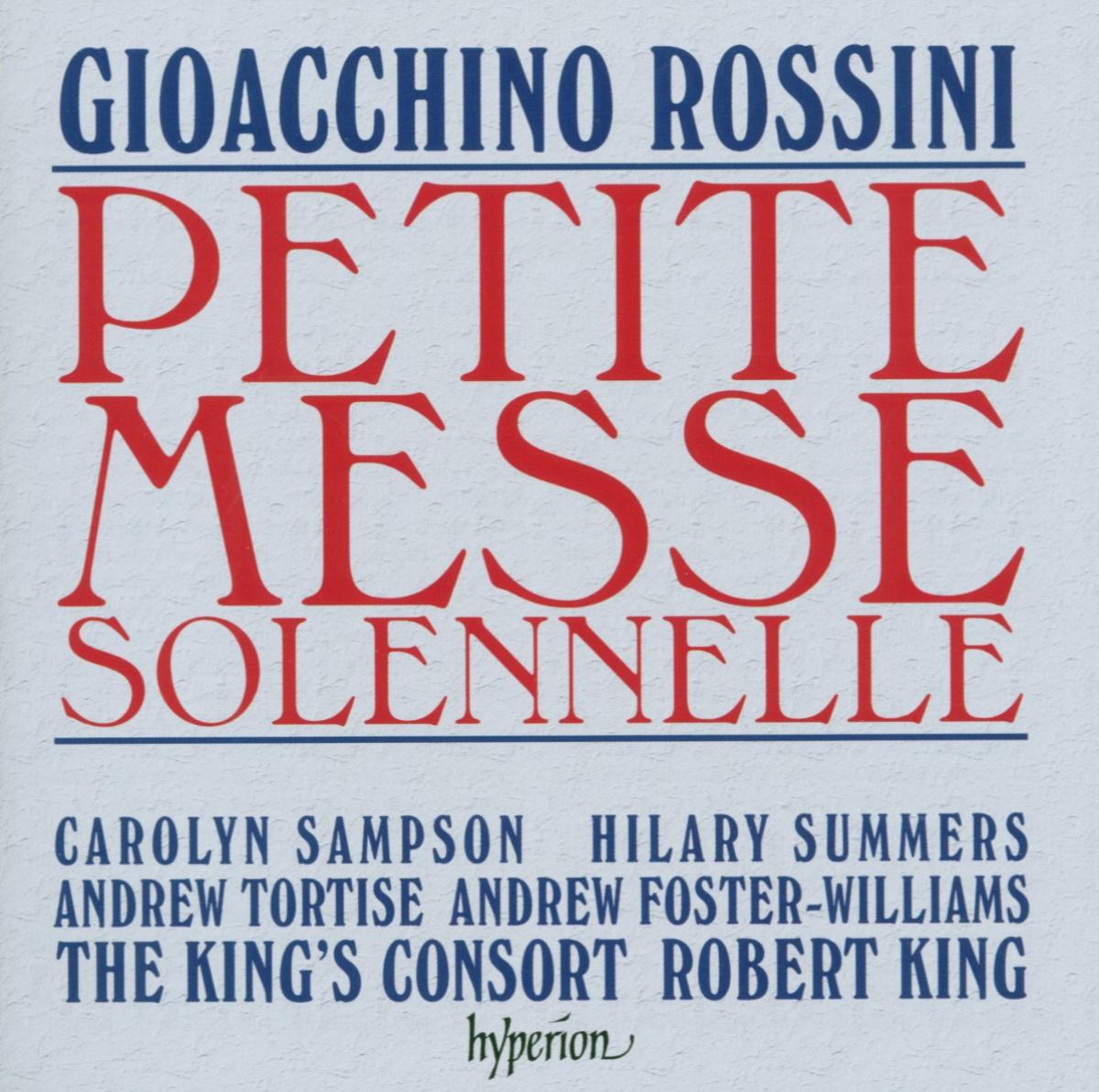 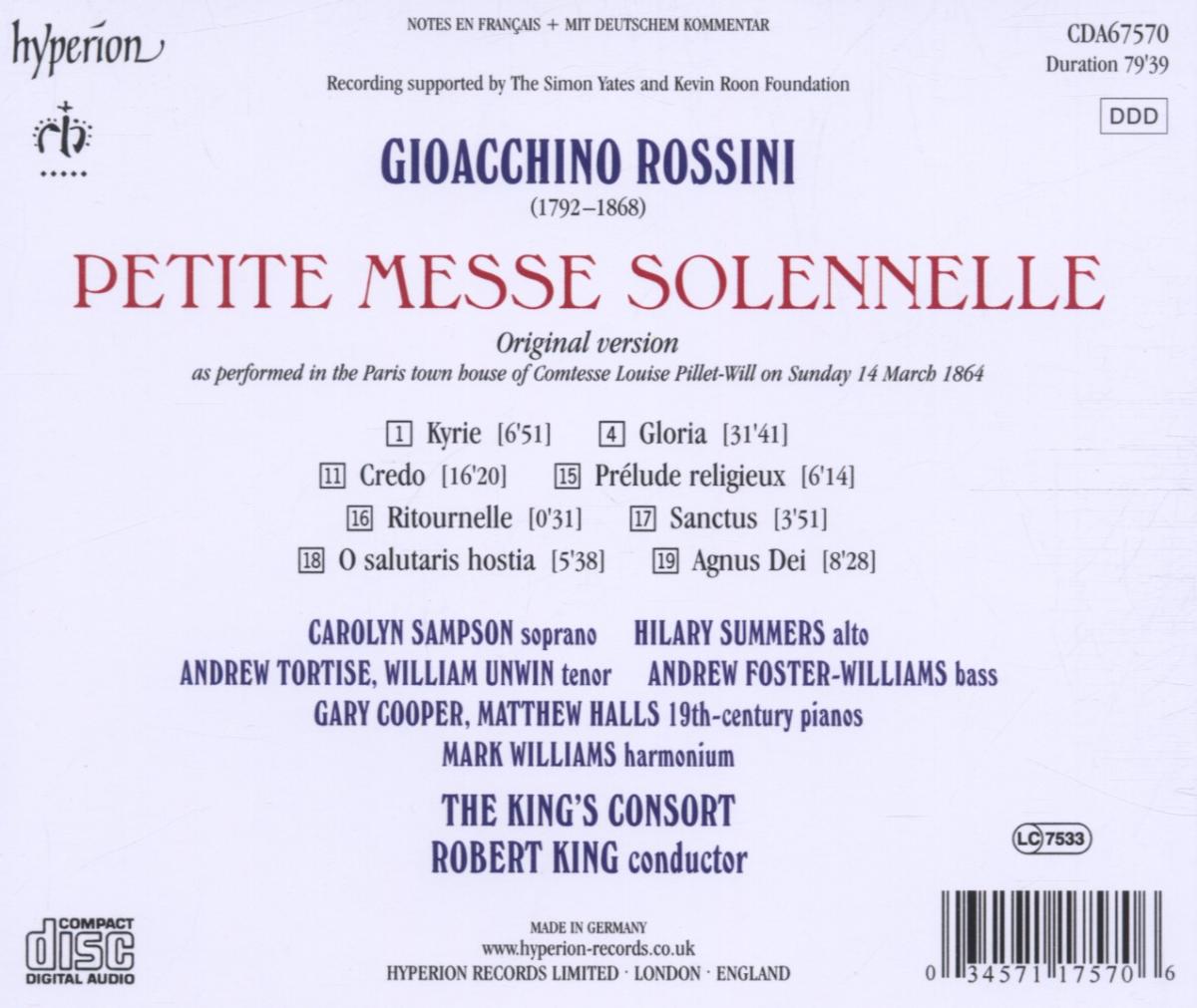 Full of drama, pathos, colour and intensity, Rossini's Petite Messe was written not for a church, but for performance to a select audience assembled in the lavishly furnished salon of a Parisian Countess's newly built town house. This heartfelt religious work was Rossini's last serious work—with it he sincerely hoped to gain admittance to the next world—and shows the extraordinary capabilities of this astonishing man of the theatre. The sheer variety of movements is extraordinary, ranging from a desolate ›Crucifixus‹, ecstatic solos, sublime duets and dramatic trios, a hair-raising ›Et resurrexit‹, as powerful an ›Agnus Dei‹ as any of the era, through to two examples of the form of which Rossini was the undisputed master, the fugue: both are utterly compelling. Robert King restores this remarkable ›old master‹ to its original state, stripping the Petite Messe back to its original scoring (and employing ›Parisian French‹ Latin pronunciation of the period). Instead of the inflated forces to which this work has often been treated in the past, he returns it to performance with the twelve voices for which Rossini scored it in 1864, together with an accompaniment of two original pianos and a French harmonium of exactly the correct period. The results are stunning. With an outstanding line-up of soloists led by Carolyn Sampson and Hilary Summers, The King's Consort's entry into mid-nineteenth century repertoire on CD could not be more original, nor more distinguished. A new sound world is brought to glorious music.

»Twelve voices, two pianos, one harmonium: The King's Consort perform Rossini's Mass in its original intimate dimensions, sized to fit a Paris salon. Hardly petite in length, it's an irresistible, affecting work, full of surprises, with tender arias, tremendous fugues, and only a few dips into the sentimental pot. The three period instruments supply a rainbow of colours. Among the singers, Hilary Summers stands out with her individual timbre« (The Times)

»Every attempt seems to have been made to be faithful to Rossini's original intentions. I love the sound it makes, and it includes one of Rossini's great melodies for the Gratias agimus tibi: you'll be humming it for hours« (BBC Classical Review)