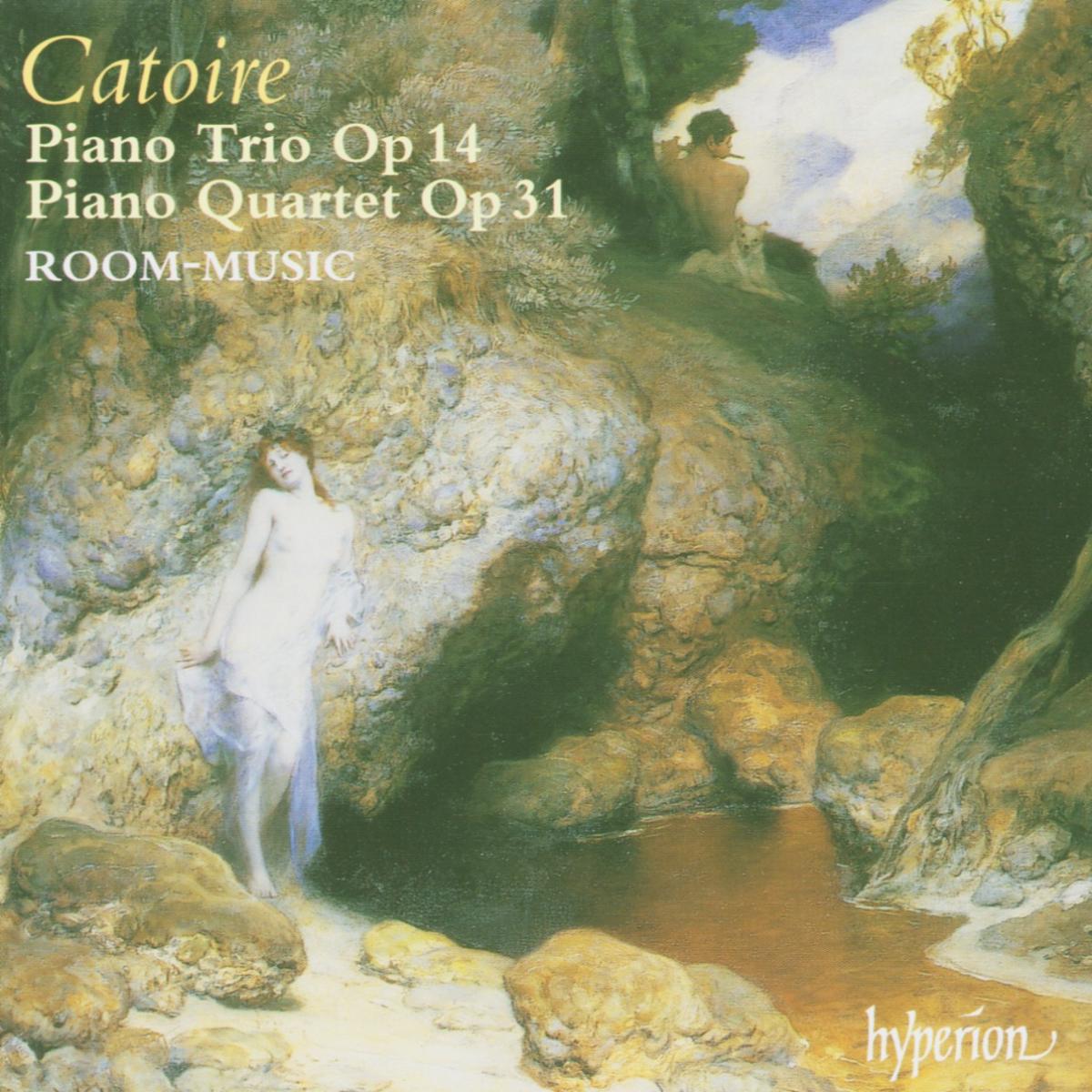 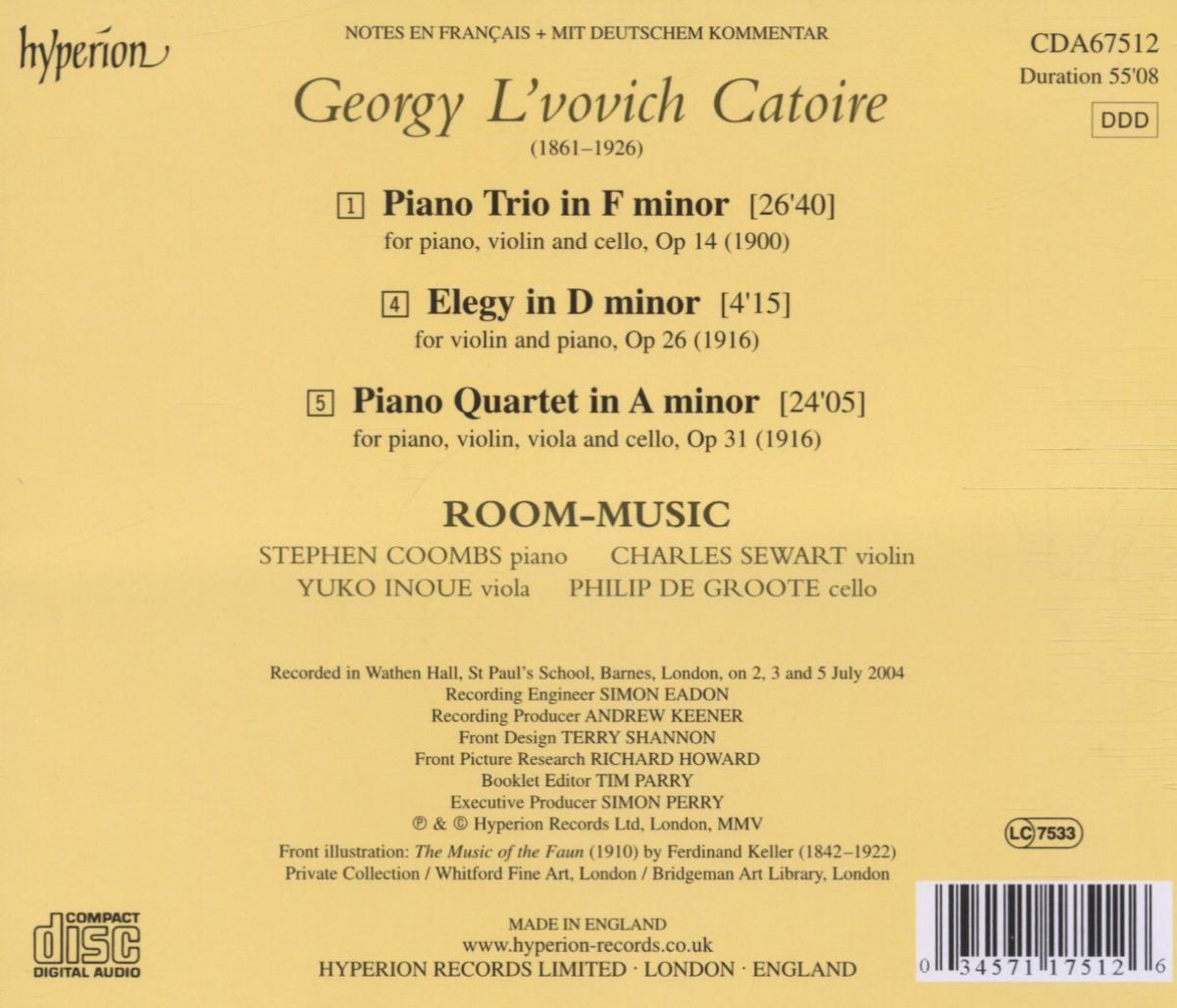 The pioneering chamber ensemble Room-Music met with considerable critical acclaim with their debut recording of music by Reynaldo Hahn. Now they turn their attention to one of Russia’s most inexplicably neglected composers, Gyorgy Catoire (Marc-André Hamelin has recorded a disc of his piano music, CDA67090 – ‘A captivating composer. Russian champagne of glowing vintage’, according to Classic CD magazine). An early supporter of the deeply mistrusted Wagnerian musical innovations and a protégé of Tchaikovsky, Catoire overcame familial objections to forge a musical career which saw him become professor of composition at the Moscow Conservatoire and the spiritual father of a whole generation of compatriot composers. The Piano Trio in F minor of 1900 is the first in a series of important chamber compositions. Confident and virtuosic, this early work reminds the listener of Tchaikovsky and Arensky, even Rachmaninov, as its soaring themes of considerable innate beauty constantly serve to enhance a reputation for melodic genius. The Quartet in A minor dates from sixteen years later. The composer’s more mature style takes us into the world of Scriabin, a sense of fluidity pervading this music of ingenious harmonic shifts and rhythmical subtlety. Stephen Coombs and Charles Sewart complete the programme with a stunning performance of the miniature Elegy in D minor, one of Catoire’s few works to have been published outside of his native Russia. An enthusiastic booklet essay from Coombs complements the performances – and this important addition to the catalogue.

'This is music which could certainly appeal to those who are attracted by Russian Impressionism, or by Scriabin's piano works, especially in these performances. They are led by Stephen Coombs, author of an informative insert-note, who is undaunted by the intricacies Catoire wishes upon his pianist' (Gramophone)

'Catoire demands a high degree of virtuosity and an ear for instrumental colour, both of which he receives here in performances of verve and panache' (The Daily Telegraph)

'Catoire's Piano Trio is reminiscent of Rachmaninov, while the Piano Quartet owes more to Scriabin. Fluent performances of both by this enterprising ensemble' (Classic FM Magazine)

'Catoire is a forgotten man of late-19th and early-20th-century Russian music. A maverick Wagnerian in his youth, he found success as a teacher, but since his death has suffered almost total neglect as a composer. Yet his music, which mixes the spaciousness of Franck with the organisation of Brahms and the expressive freedom of Rachmaninov, is extraordinary' (Sunday Times)