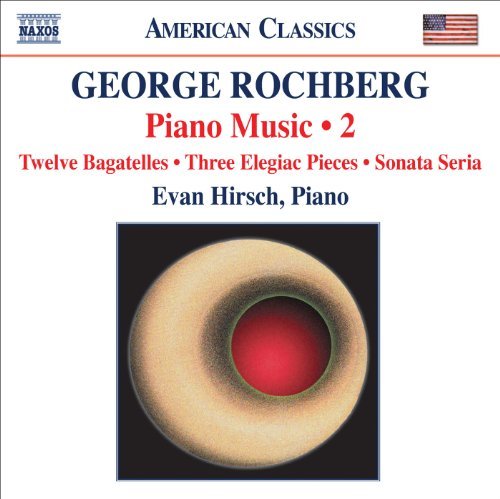 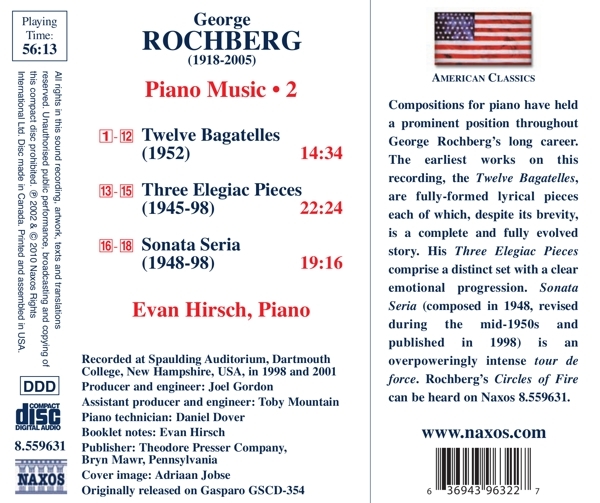 Bewertung:
versandfertig innerhalb von 1-3 Tagen
(soweit verfügbar beim Lieferanten)
EUR 9,99*
Versandkosten
Compositions for piano have held a prominent position throughout George Rochberg's long career. The earliest works on this recording, the Twelve Bagatelles, are fully-formed lyrical pieces each of which, despite its brevity, is a complete and fully evolved story. His Three Elegiac Pieces comprise a distinct set with a clear emotional progression. Sonata Seria (composed in 1948, revised during the mid-1950s and published in 1998) is an overpoweringly intense tour de force. Rochberg's Circles of Fire can be heard on Naxos 8.559631.