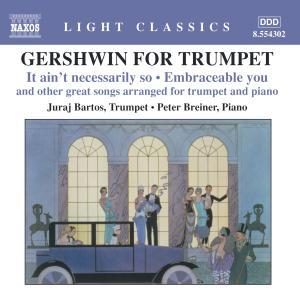 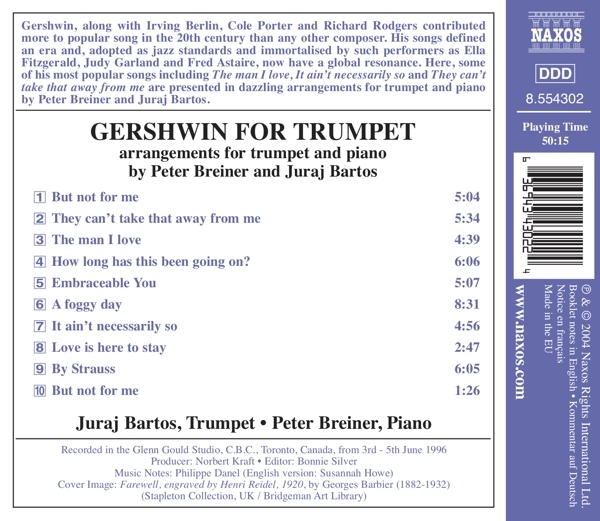 Bewertung:
versandfertig innerhalb von 1-3 Tagen
(soweit verfügbar beim Lieferanten)
EUR 7,99*
Versandkosten
Gershwin, along with Irving Berlin, Cole Porter and Richard Rodgers contributed more to popular song in the 20th century than any other composer. His songs defined an era and, adopted as jazz standards and immortalised by such performers as Ella Fitzgerald, Judy Garland and Fred Astaire, now have a global resonance. Here, some of his most popular songs including The man I love, It ain't necessarily so and They can't take that away from me are presented in dazzling arrangements for trumpet and piano by Peter Breiner and Juraj Bartos.