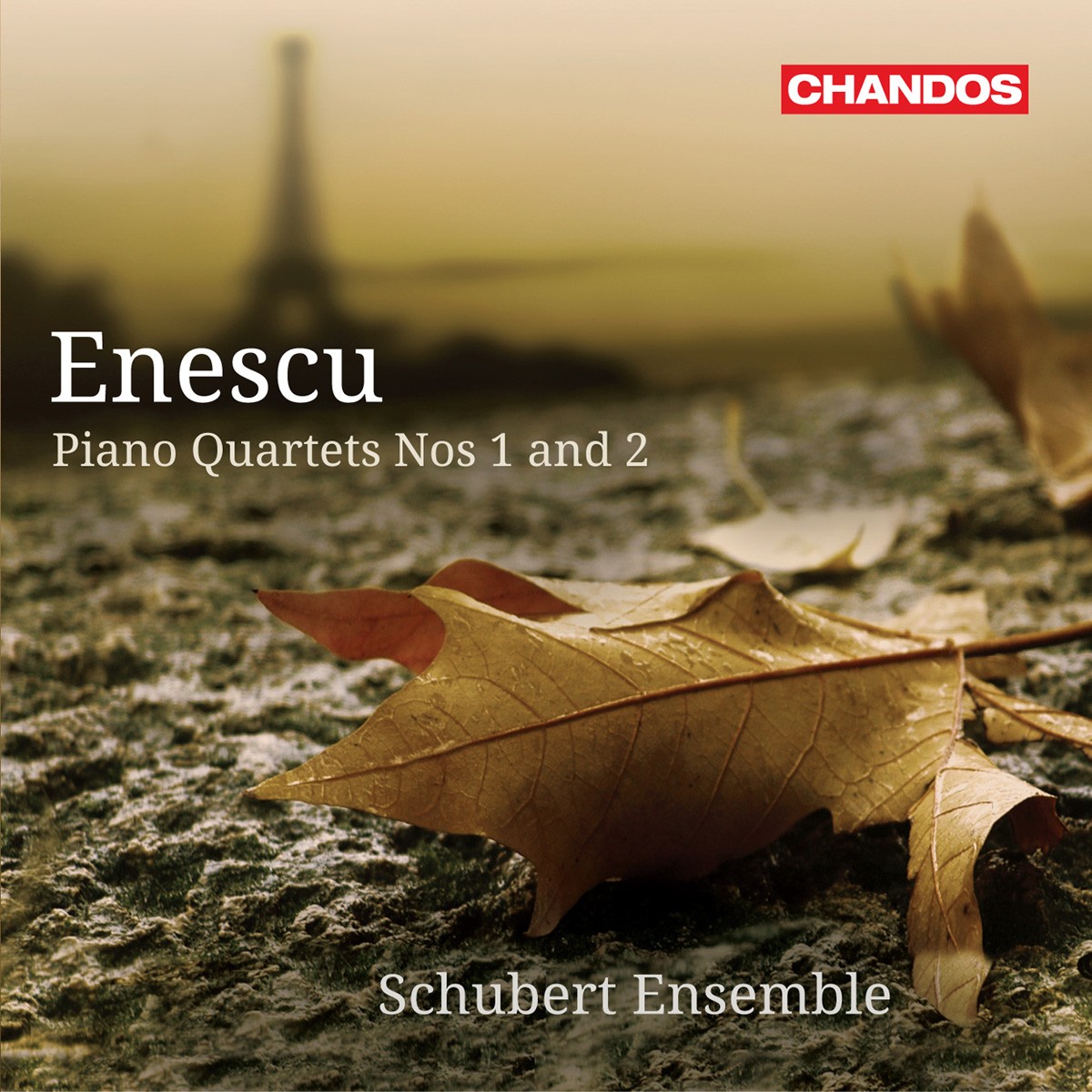 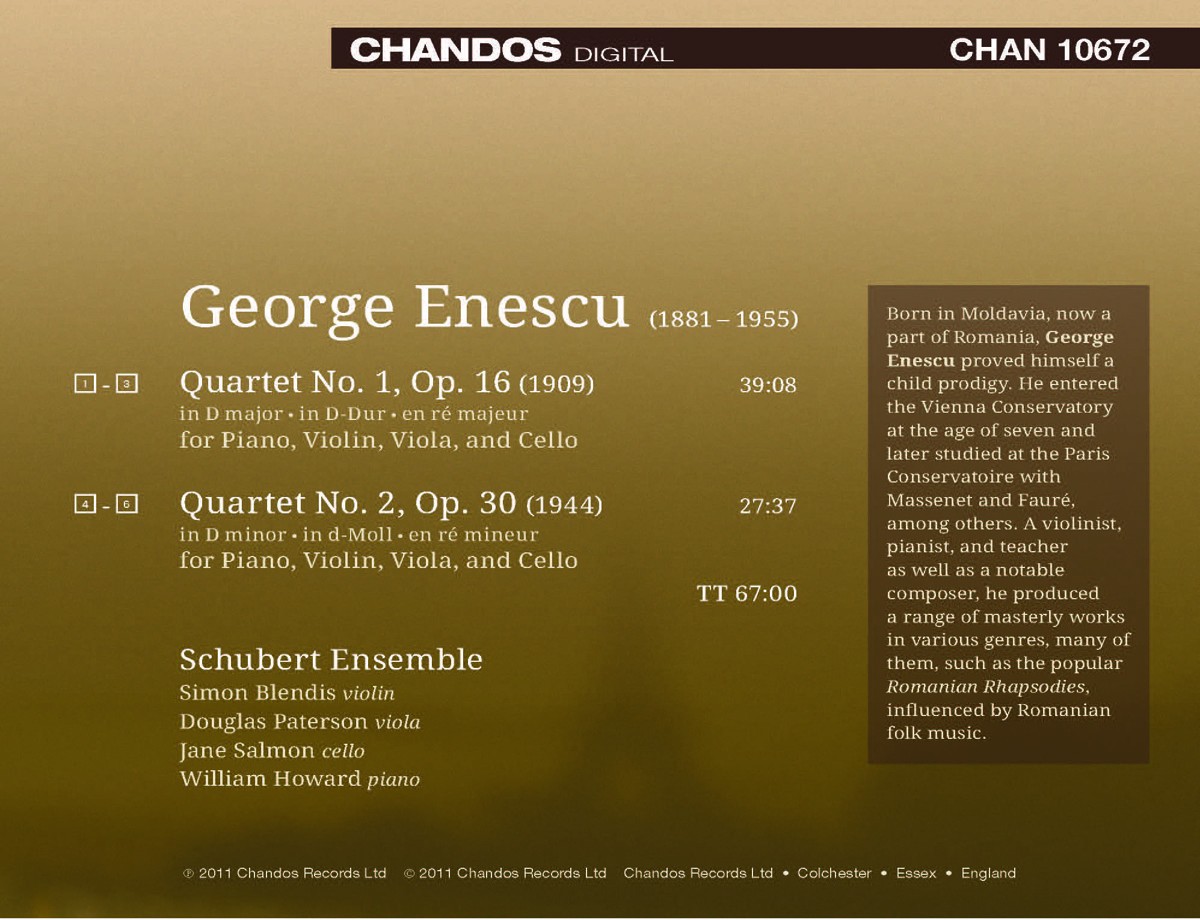 George Enescu was an extraordinarily gifted and well-rounded musician: a virtuoso violinist, a world-class conductor, an outstanding pianist, cellist, and organist – even a fine baritone. He was hugely admired by many great musicians of his time, including the cellist and conductor Pablo Casals who described him as ‘the greatest musical phenomenon since Mozart’.

To a certain extent, the musical genius and extreme versatility of Enescu ended up overshadowing his many great achievements as a composer. His best-known compositions – the Romanian Rhapsodies – are light potpourris of folk tunes which deflected the focus from the depth and originality of his other works, and for this reason he grew to resent them. In his composing career, Enescu wrote five symphonies, an opera, and quite a number of pieces for chamber groups, including the two piano quartets recorded here. To this day, most of these works remain rarities in the concert hall, and they are also seldom recorded.

One of the paradoxes of his writing is that the extremely detailed instructions left in the scores of his chamber works produce the impression of music that it almost improvised. His two piano quartets illustrate the point well. These are late romantic works with a firm grounding in the twentieth century. Richly textured, virtuosic, and highly individual, they display traits characteristic of Mahler, Wagner, Fauré, and Ravel, while also remaining heavily indebted to the distinctive sound of Romanian folk music. Technically, both are highly challenging works, as you would expect from the teacher of such prominent musicians as Yehudi Menuhin, Arthur Grumiaux, and Ida Haendel.

The members of the Schubert Ensemble know these works well. They performed a series of Enescu’s chamber works at the Wigmore Hall during 2010, including these two piano quartets. Giving more than sixty concerts a year, and having performed in over forty different countries, the Ensemble is known today as one of the world’s leading exponents of chamber music for piano and strings, consistently receiving excellent reviews for their recordings on Chandos.

"This is an extremely fine First Piano Quartet: lean, impassioned, and technically expert ... This performance is a joy to hear." Arthur Lintgen - Fanfare - November / December 2011

“...The members of the Schubert Ensemble have clearly lived with this music for a long time, and love it as performers must if they are to do such works justice. Subtlety, restraint, beauty of tone, perfect unanimity within the ebb and flow of the inbuilt rubato – they have it all, plus the ability to produce the sudden blazes of dioysiac energy required in both quartets’ finales. The crystalline limpidity of William Howard’s pianism impresses throughout. This disc is a mandatory purchase for admirers of this extraordinary composer...” Callum MacDonald – Tempo – October 2011

“...This very welcome release from Chandos of his two piano quartets, while not their first recordings, finds the members of the Schubert Endemble to be entirely sympathetic to Enescu’s musical world and to be very persuasive advocates of it – both for seasoned Ensembles and interested newcomers... exemplary in its enlightenment and observation – can only help further the fully deserved cause of Enescu’s music.” Colin Anderson – ClassicalSource. com – 1 June 2011