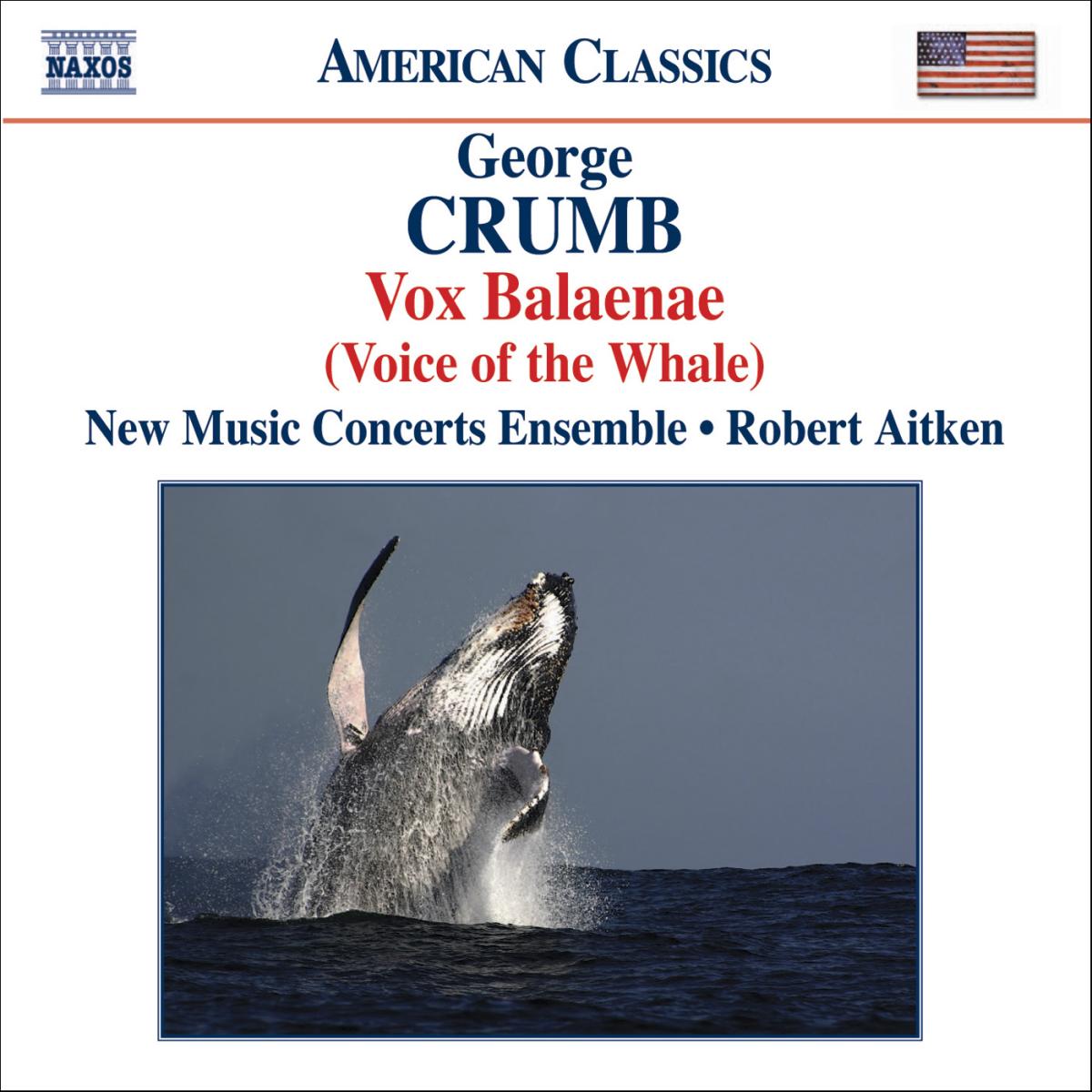 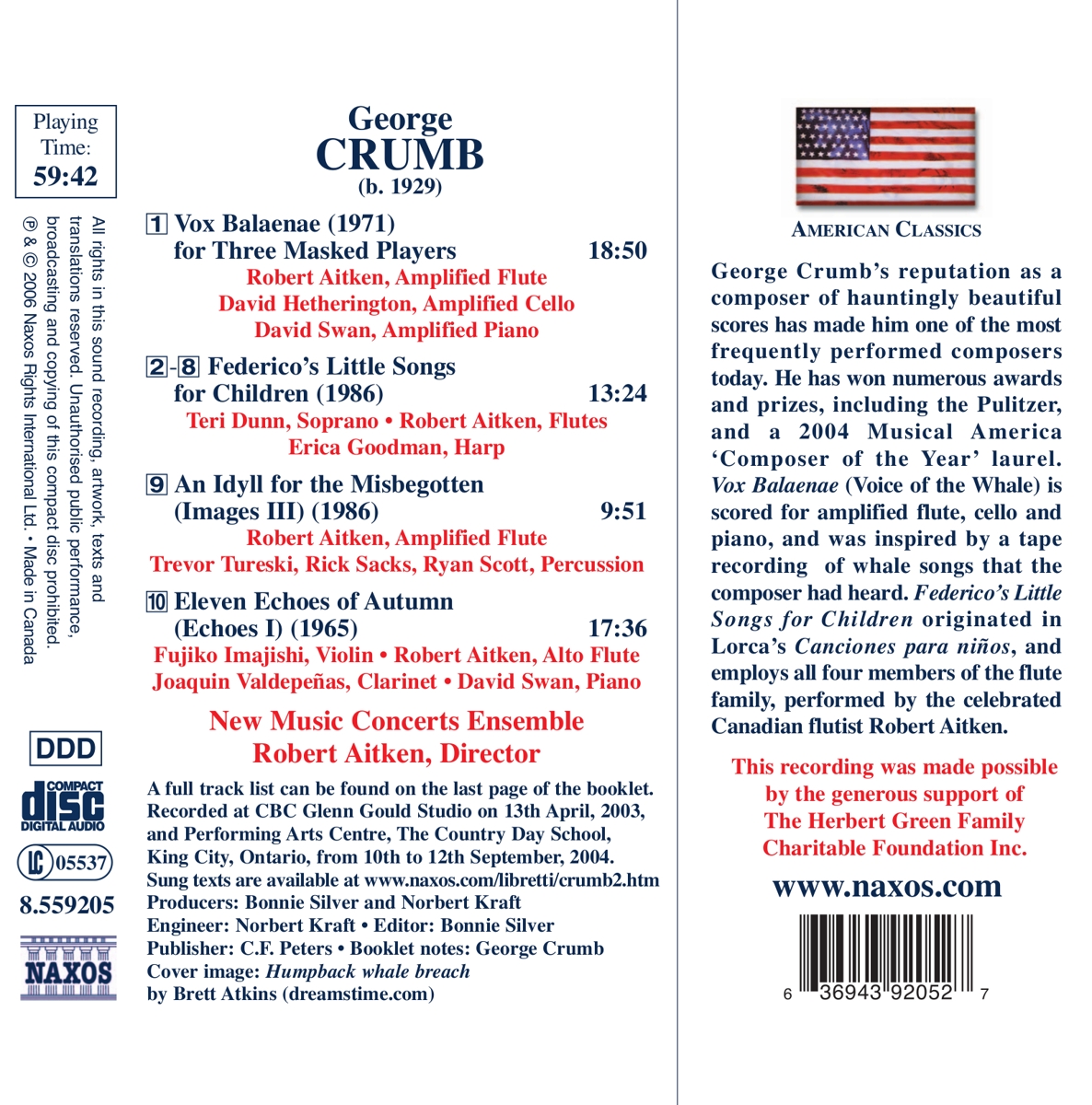 Bewertung:
umgehend lieferbar, Bestand beim Lieferanten vorhanden
EUR 9,99*
Portofrei innerhalb Deutschlands
George Crumb's reputation as a composer of hauntingly beautiful scores has made him one of the most frequently performed composers today. He has won numerous awards and prizes, including the Pulitzer, and a 2004 Musical America "Composer of the Year" Laurel. Vox Balaenae (Voice of the Whale) is scored for amplified flute, cello and piano, and was inspired by a tape recording of whale songs that the composer had heard. Federico's Little Songs for Children originated in Lorca's Canciones para ninos, and employs all four members of the flute family, performed by the celebrated Canadian flutist Robert Aitken.