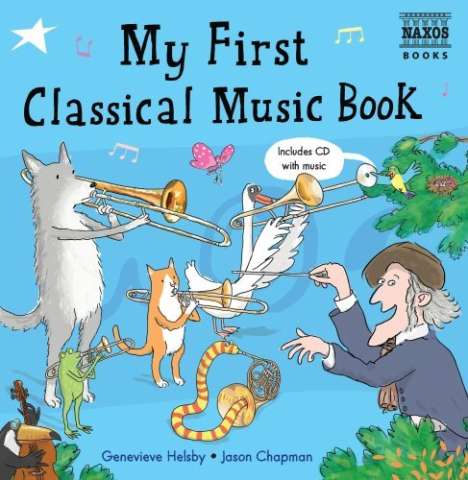 umgehend lieferbar, Bestand beim Lieferanten vorhanden
EUR 9,99*
Versandkosten
This is a delightfully colourful introduction to classical music, aimed to fire the imagination of young children aged 5-7 years. Readers are asked to think about the different places in which we might hear music, whether it is in a concert hall, or just on television. They are then introduced to a selection of famous composers including Mozart and Beethoven, and learn about each of the musical instrument families, from woodwind to percussion. Throughout the book children are referred to the accompanying CD so that they can hear examples as they read. Music on the CD includes Mozart's "Magic Flute", Williams'"Harry Potter and the Philosopher's Stone", Saint-Saens'"Carnival of the Animals", Holst's "Planets", Stravinsky's "Petrushka" and Prokofiev's "Peter and the Wolf".