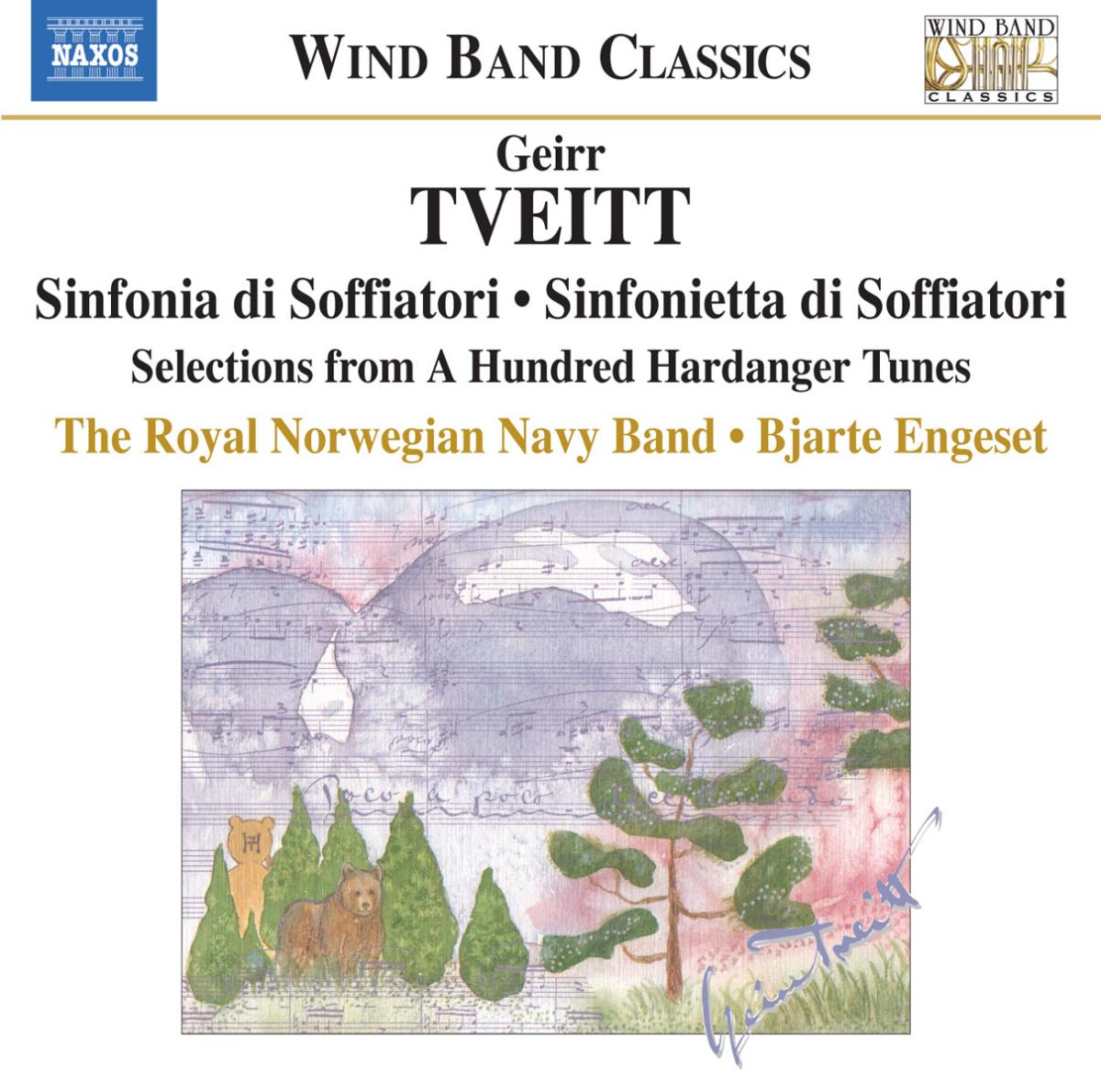 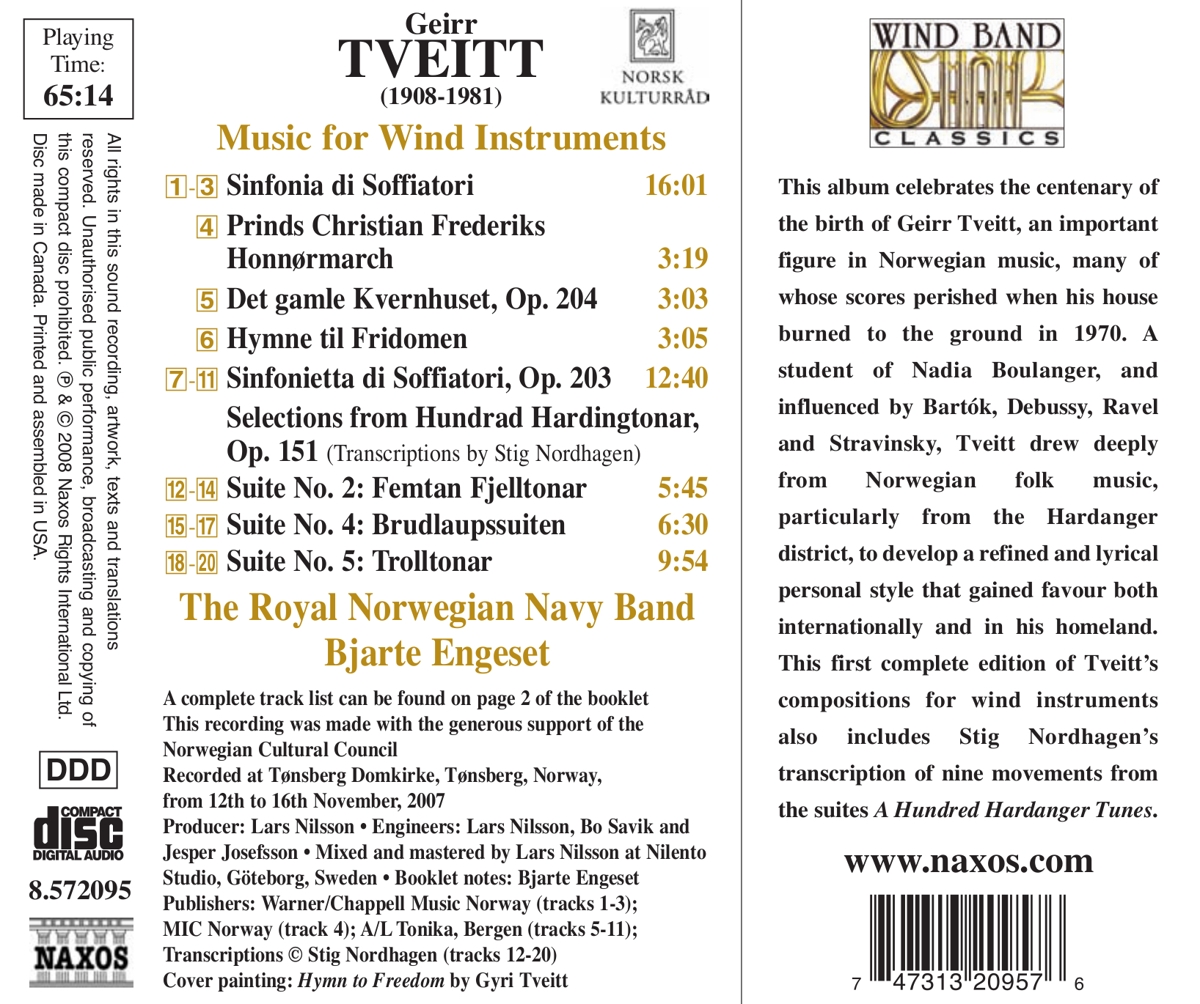 Bewertung:
umgehend lieferbar, Bestand beim Lieferanten vorhanden
EUR 9,99*
Versandkosten
This album celebrates the centenary of the birth of Geirr Tveitt, an important figure in Norwegian music, many of whose scores perished when his house burned to the ground in 1970. A student of Nadia Boulanger, and influenced by Bartók, Debussy, Ravel and Stravinsky, Tveitt drew deeply from Norwegian folk music, particularly from the Hardanger district, to develop a refined and lyrical personal style that gained favour both internationally and in his homeland. This first complete edition of Tveitt's compositions for wind instruments also includes Stig Nordhagen's transcription of nine movements from the suites A Hundred Hardanger Tunes.