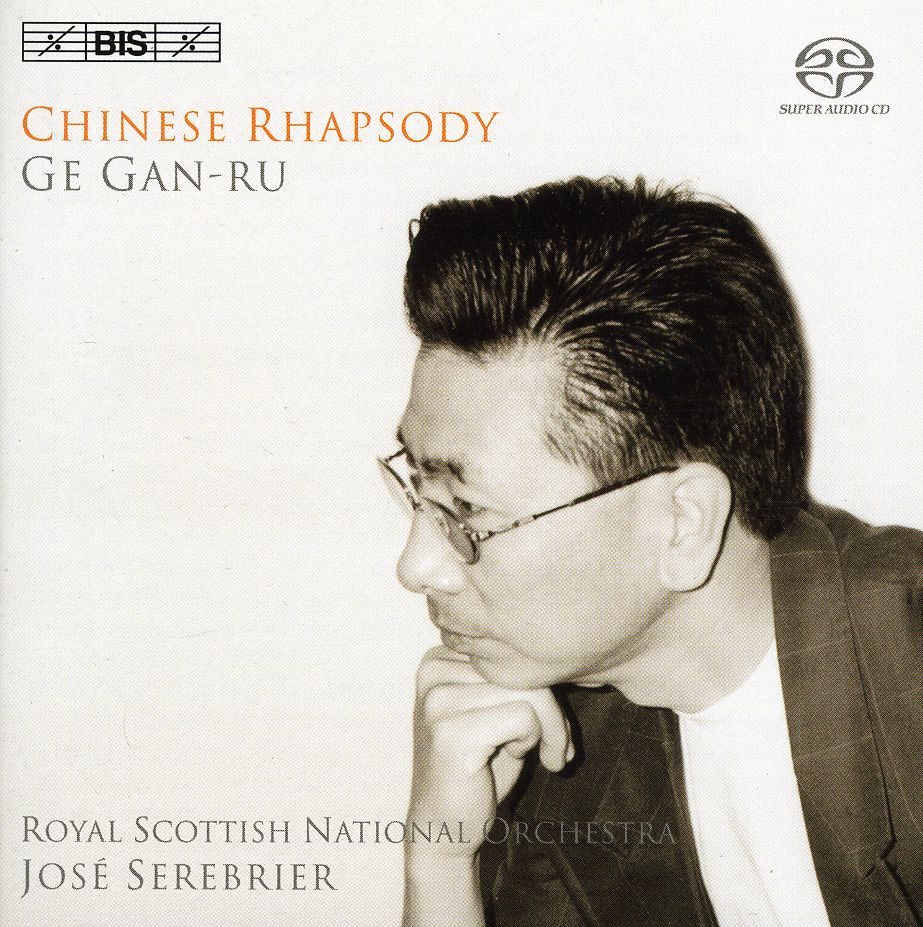 Having previously released recordings of works by Chinese-American composers such as Zhou Long, Chen Yi and Bright Sheng, BIS is proud to present the first disc of music by Ge Gan-ru, born in Shanghai in 1954, but living in the US since 1983. In his work, Ge aims at achieving a true blend of Chinese and Western art music. Combining basic techniques from each tradition, he creates new music that is strikingly listenable, thought-provoking, and extraordinarily beautiful.

Featuring a Western symphony orchestra accented by Chinese percussion, both Chinese Rhapsody and Wu are perfect introductions to Ge's compositional fusion. The former work has been described as »stunning« and as »an enlivening blast of fresh air« in The New York Times, while Wu ('Rising to the Heights'), according to the critic in the UK newspaper The Independent, carries »the unmistakable excitement of discovering forbidden but nourishing fruit«, being »intense, lurid, rhetorical and sensitive by turns«. The final work on this disc, Six Pentatonic Tunes, was completed in 2003 with the present recording in mind, but the original piano version of the work was actually published already while Ge Gan-ru was living in China. Here the orchestra does not include any Chinese instruments, but the Asian character makes itself felt in the basic material in the work, derived from original Chinese folk tunes from various regions. These were collected by the composer while a student at the Shanghai Conservatory of Music, and are all based on a pentatonic scale – the single most basic element in Chinese music.

This the first recording of the music of Ge Gan-ru has been entrusted to conductor José Serebrier (whose latest BIS release, Carmen Symphony, earned him a Latin Grammy Award in 2004) and the Royal Scottish National Orchestra, whose series of Rachmaninov's symphonies for BIS has been highly praised. Soloist in Wu is celebrated pianist Margaret Leng Tan, a long-time collaborator of the composer.