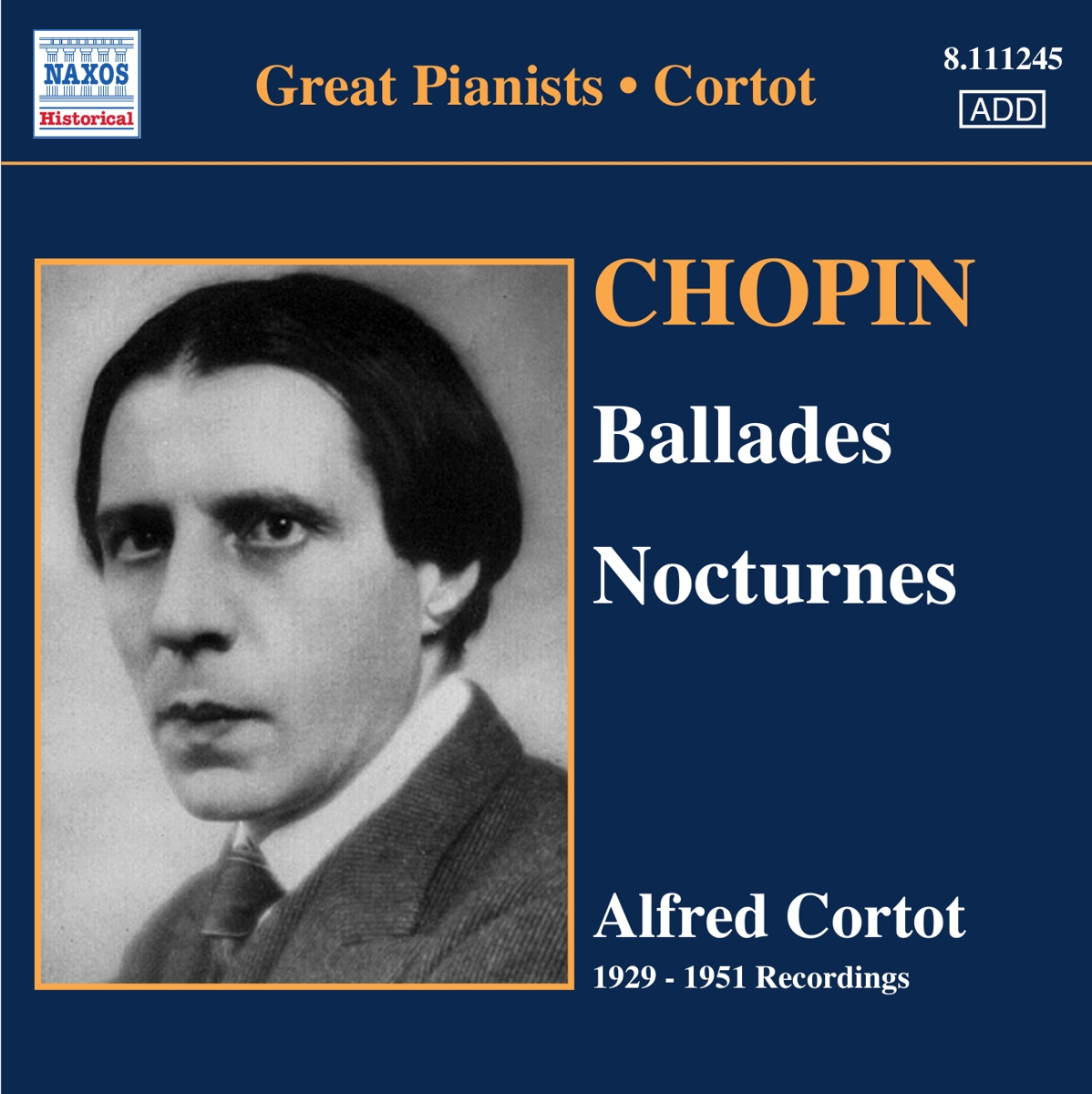 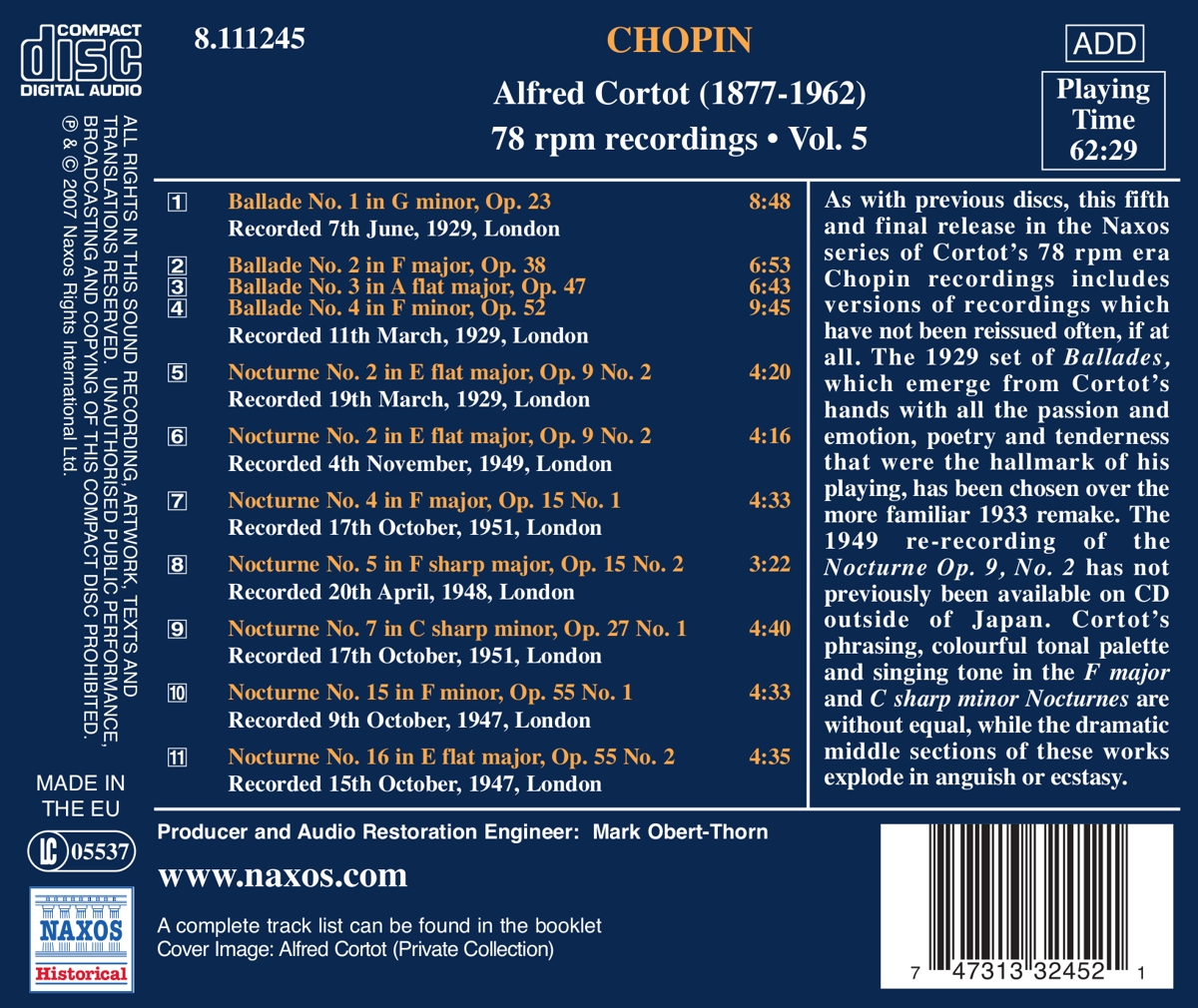 Bewertung:
Nur noch 1 Stück am Lager. Danach versandfertig mind. 4 Wochen (soweit verfügbar beim Lieferanten)
EUR 7,99*
Versandkosten
As with previous discs, this fifth and final release in the Naxos series of Cortot's 78 rpm era Chopin recordings includes versions of recordings which have not been reissued often, if at all. The 1929 set of Ballades, which emerge from Cortot's hands with all the passion and emotion, poetry and tenderness that were the hallmark of his playing, has been chosen over the more familiar 1933 remake. The 1949 re-recording of the Nocturne Op. 9, No. 2 has not previously been available on CD outside of Japan. Cortot's phrasing, colourful tonal palette and singing tone in the F major and C sharp minor Nocturnes are without equal, while the dramatic middle sections of these works explode in anguish or ecstasy.