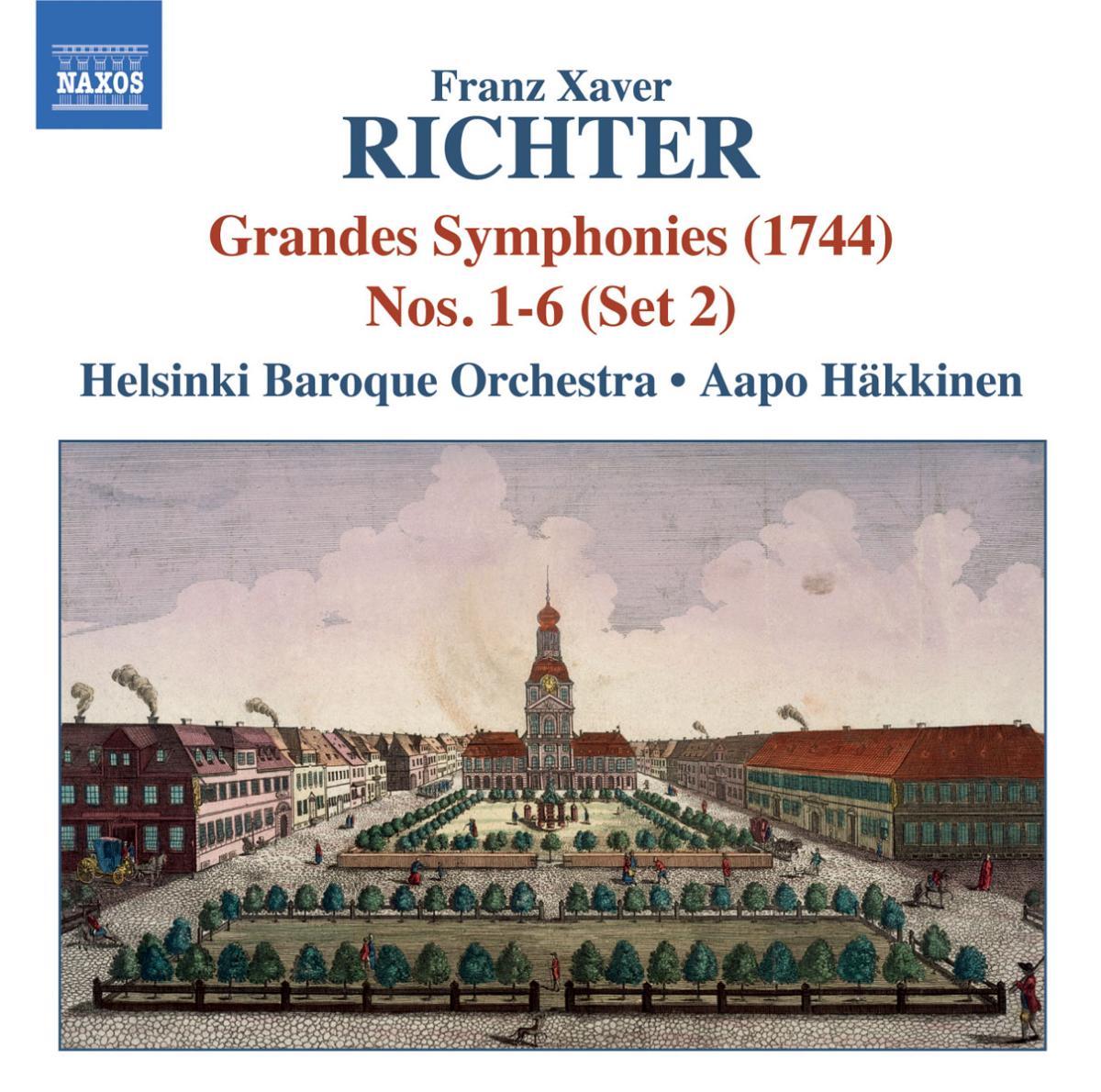 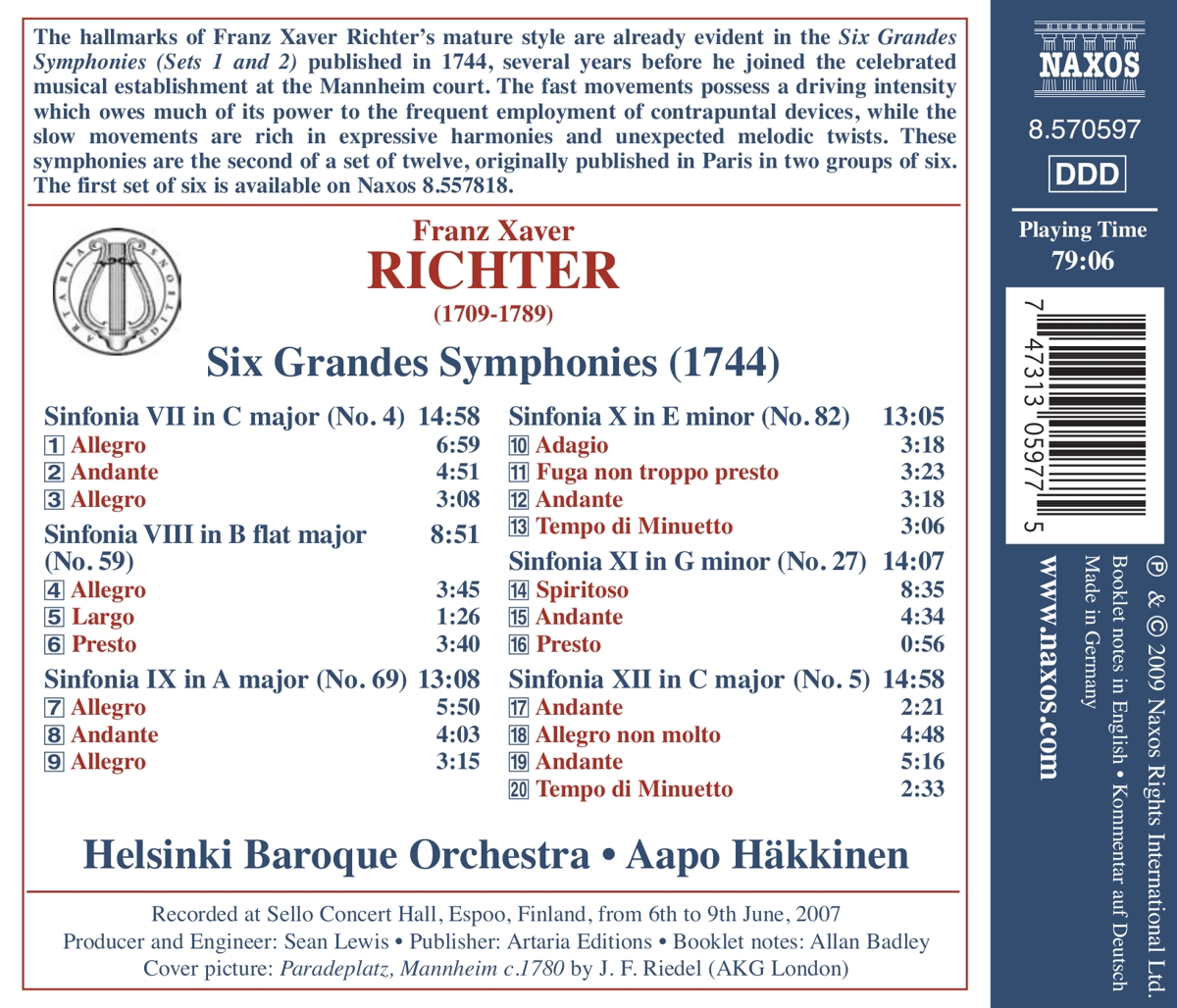 Bewertung:
umgehend lieferbar, Bestand beim Lieferanten vorhanden
EUR 9,99*
Versandkosten
The hallmarks of Franz Xaver Richter's mature style are already evident in the Six Grandes Symphonies (Sets 1 and 2) published in 1744, several years before he joined the celebrated musical establishment at the Mannheim court. The fast movements possess a driving intensity which owes much of its power to the frequent employment of contrapuntal devices, while the slow movements are rich in expressive harmonies and unexpected melodic twists. These symphonies are the second of a set of twelve, originally published in Paris in two groups of six. The first set of six is available on Naxos 8.557818.