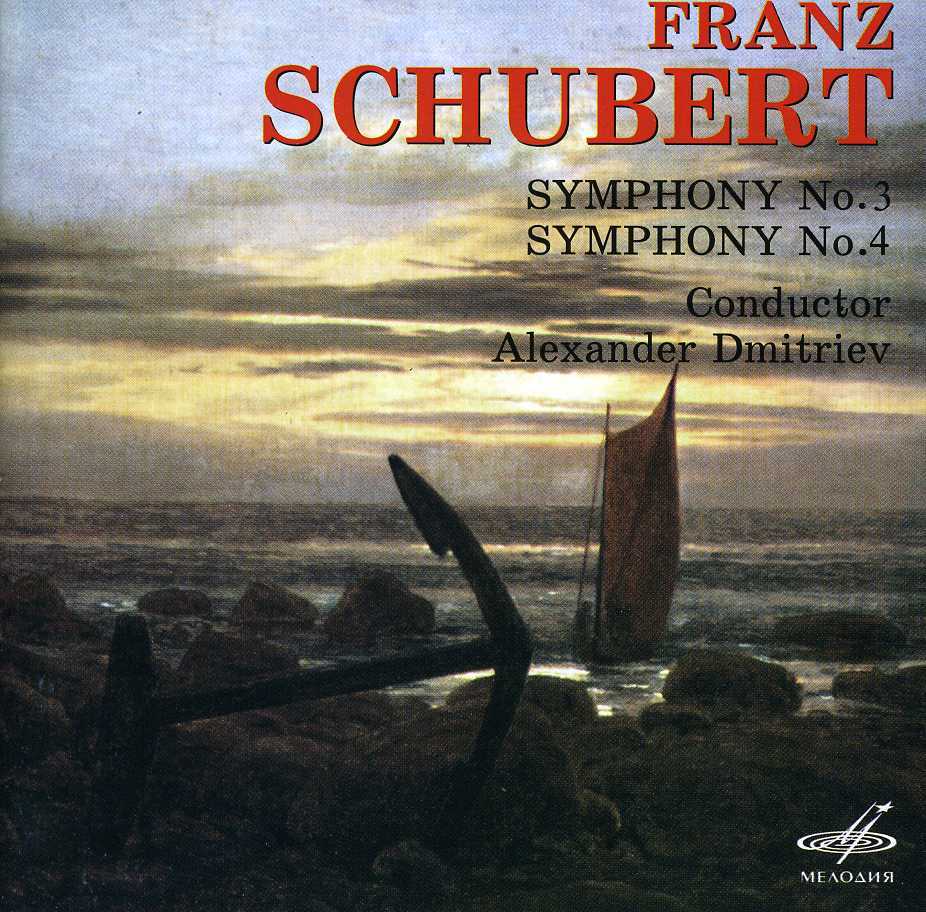 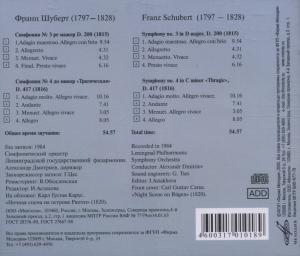 Franz Peter Schubert (1797 - 1828) was a contemporary of the last Viennese classic — Beethoven, spent all his life in the same town with him, and outlived him only for a one and a half year. Worshipping the genius of Beethoven, Schubert even asked to be buried alongside him. However, in creation Schubert went by another - unknown way — he became first Viennese romantic. According to B. Asafiev's words, Schubert was notable for his rare ability: "to be a lyric, not shutting up in his inner world, rather feeling and sharing joys and grieves of life as they are felt and wanted to be shared by majority of people...". Nine symphonies of Schubert are different at the range of their moods and images: from naive and careless merriness to powerful heroic affirmation of life, from light and contemplative lyrics and pastoral landscapes to true tragedy and dramatism. But they are united by one common characteristic - national sources. Austrian national culture served that ground, on which grew the Schubert's instrumental style. Various forms of folk music had impact on his creation works: alpine yodelers, Viennese waltz, landlers, peasant songs and town song lyrics.

In the Third Symphony D-Major (1815) dancing-scherzo images prevail, what is emphasized by absence of a slow part. Allegretto doesn't form any significant contrast. This is a mobile genre scene (in complicated three-parted form). Both themes are akin to folk ones — the first one (strings) — to the ancient German song "Maria's lullaby", the central episode's theme — to the dance of chimney-sweep or to the cheerful student's song "Nothing sweet to me in this world". In its orchestration recreated the sounding of a casual Viennese ensemble: melody leaded by soloing clarinet, the accompaniment — by strings pizzicato imitating a guitar. Third part according to tradition is titled minuet although it's written in fast tempo Vivace, and their themes are reminiscent of completely other - folk prototypes: in the first and last parts - of some Czech dances, energetic, with unexpectable rhythmic shifts, in the middle episode (trio) - of light-hearted landler, the forerunner of waltz. The Final, Presto Vivace, is permeated with tarantella's rhythm. Themes of sonata-like allegro, as in the first part, don't make contrast, instead supplementing each other.

The main theme contains a comic effect provoking the associations with Haydn — every part charged to muffled-sounding strings suddenly ends with accenting chords of all windy instruments together with kettledrums. The method of roll-call of instrumental groups of orchestra — strings and wooden one - is used in the secondary theme; it already has been found more than once in the previous parts and emphasizes unity of the whole cycle.

For the first time as a whole the symphony was performed on February 19 in 1881 in London's Crystal Palace under the direction of August Mann.

The Final of third symphony was performed separately in Vienna on December 2 in 1860 at the second concert of Music lovers' society.

A new theme arose in Schubert's symphonic creation with the Fourth Symphony C-Minor (1816): the composer for the first time attempted to embody tragic meaning in symphony and in this respect it appeared to be the straight predecessor of "unfinished" one. But this attempt has been made in the boundaries of a classic Viennese style yet, in the aspect of tragic nature as it has been interpreted in XVIII century. Symphony brings to mind associations with dramatic creation works of Gluck, Mozart, Beethoven. Even its tone - C-Minor - is indicative of this, its color was for a long time connected with the images of sorrowful pathetics. The Title "Tragic" was written by Schubert on the titular list already after its completion and one should consider it with some carefulness, as it (Fourth symphony) still lacks the intensity and depth of Unfinished symphony's tragic conflict, as well as dramatic and passionate struggle evident in Beethoven's tragic compositions, where dramatism indissolubly interlaces with heroicness. Schubert interprets tragic thematic not in a heroic way, but in a subjectively-lyrical aspect which is more peculiar to his creative nature. The fourth symphony is larger at size and more complicated at content than its forerunner, however Schubert has written it just as easy and quickly: he set about work with score in the beginning of April 1816 and on April 27 it was already finished. Composer suggested it to the amateurish orchestra, which was gathered in the house of musician of Viennese town theater - Otto Hattvig. But orchestra members found the score too difficult for them. Symphony for the first time was performed only on November 19, 1849 in the 21 anniversary of composer's death at the first concert of Leipzig's musical society "Euterpa", and only in 1860 it took place for the first time in Schubert's native town.