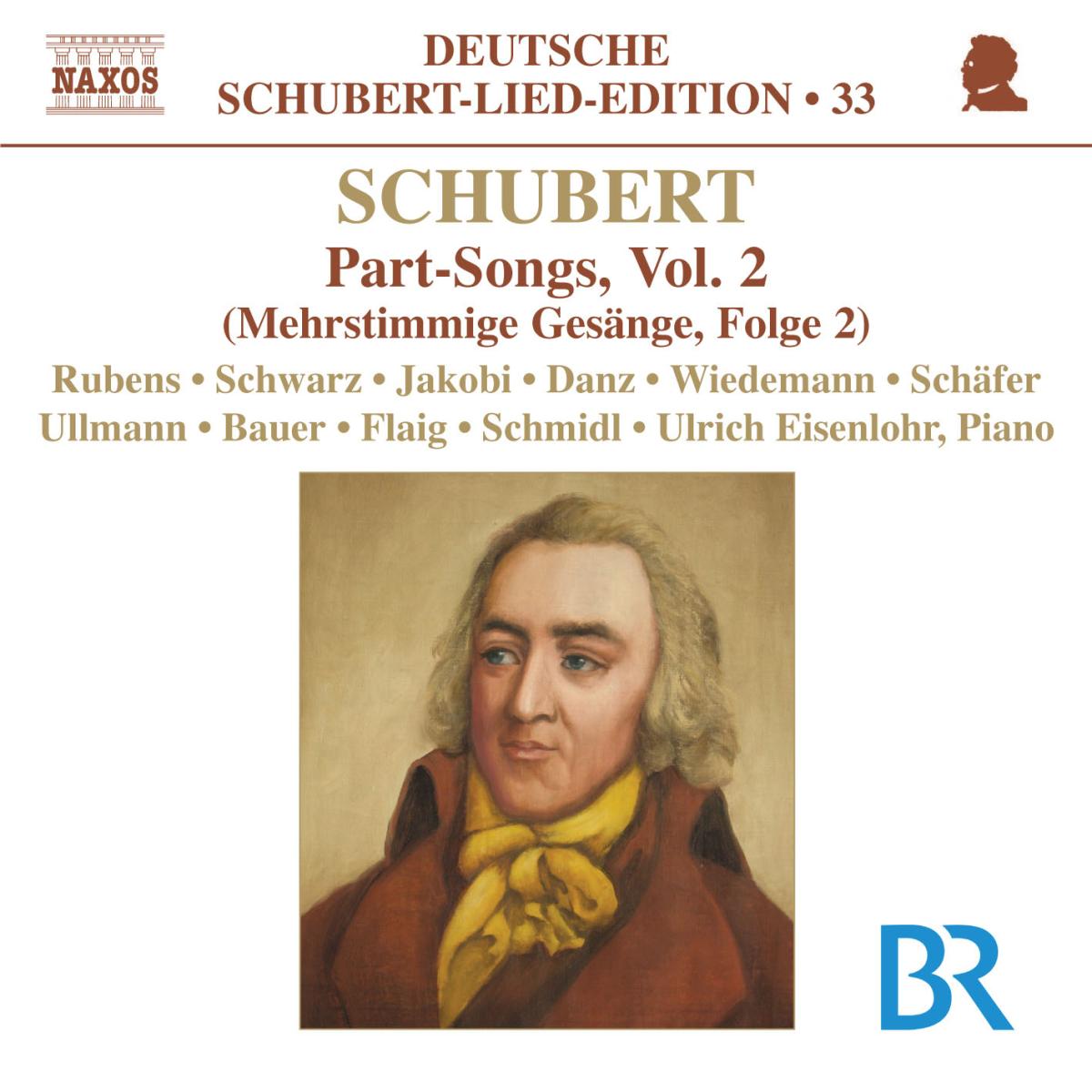 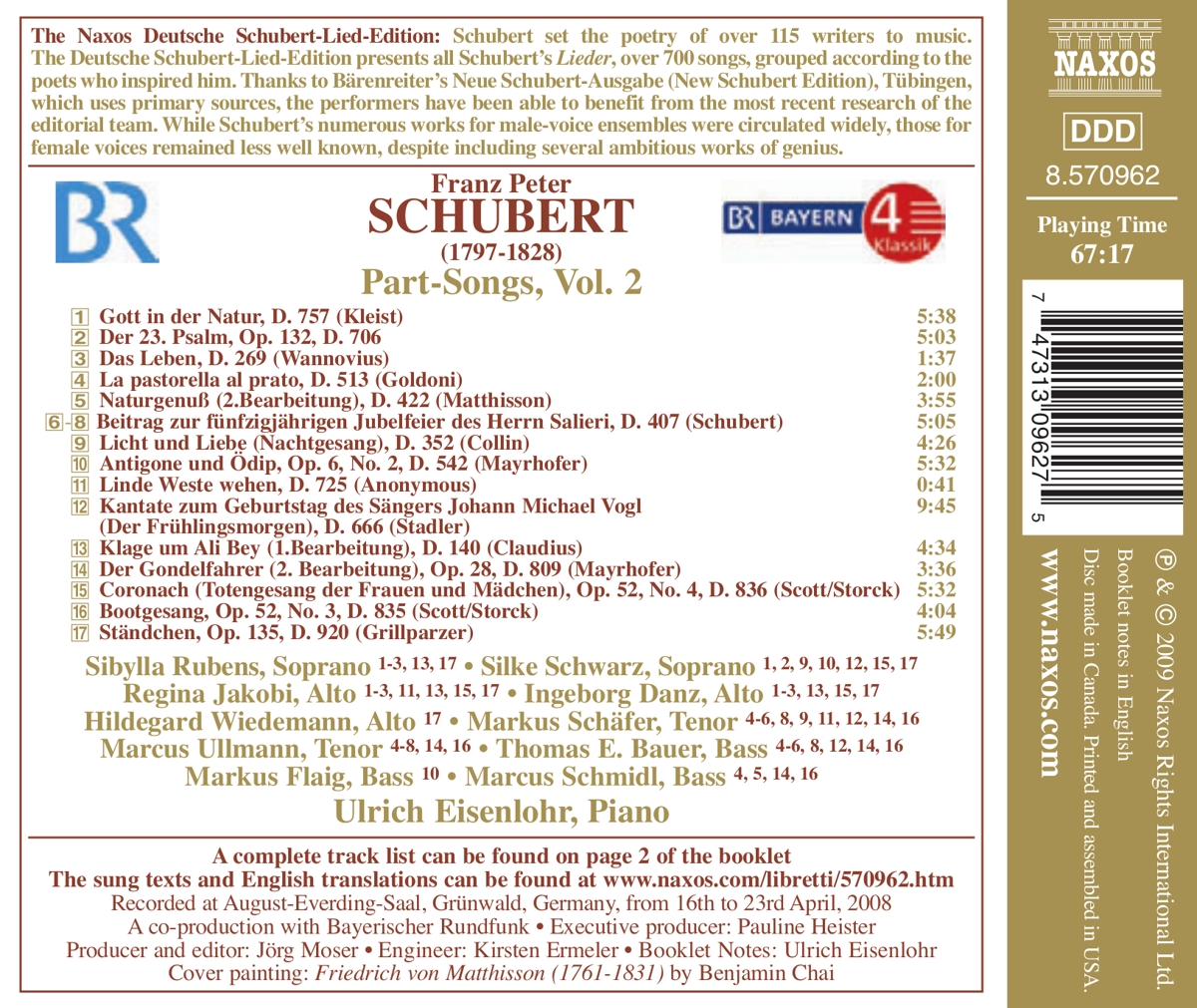 Bewertung:
Artikel am Lager
-70%
EUR 9,99**
EUR 2,99*
Naxos Vielfalt supergünstig
*** Naxos Schubert-Lied-Edition Vol.33
The Naxos Deutsche Schubert-Lied-Edition: Schubert set the poetry of over 115 writers to music. The Deutsche Schubert-Lied-Edition presents all Schubert's Lieder, over 700 songs, grouped according to the poets who inspired him. Thanks to Bärenreiter's Neue Schubert-Ausgabe (New Schubert Edition), Tübingen, which uses primary sources, the performers have been able to benefit from the most recent research of the editorial team. While Schubert's numerous works for male-voice ensembles were circulated widely, those for female voices remained less well known, despite including several ambitious works of genius.