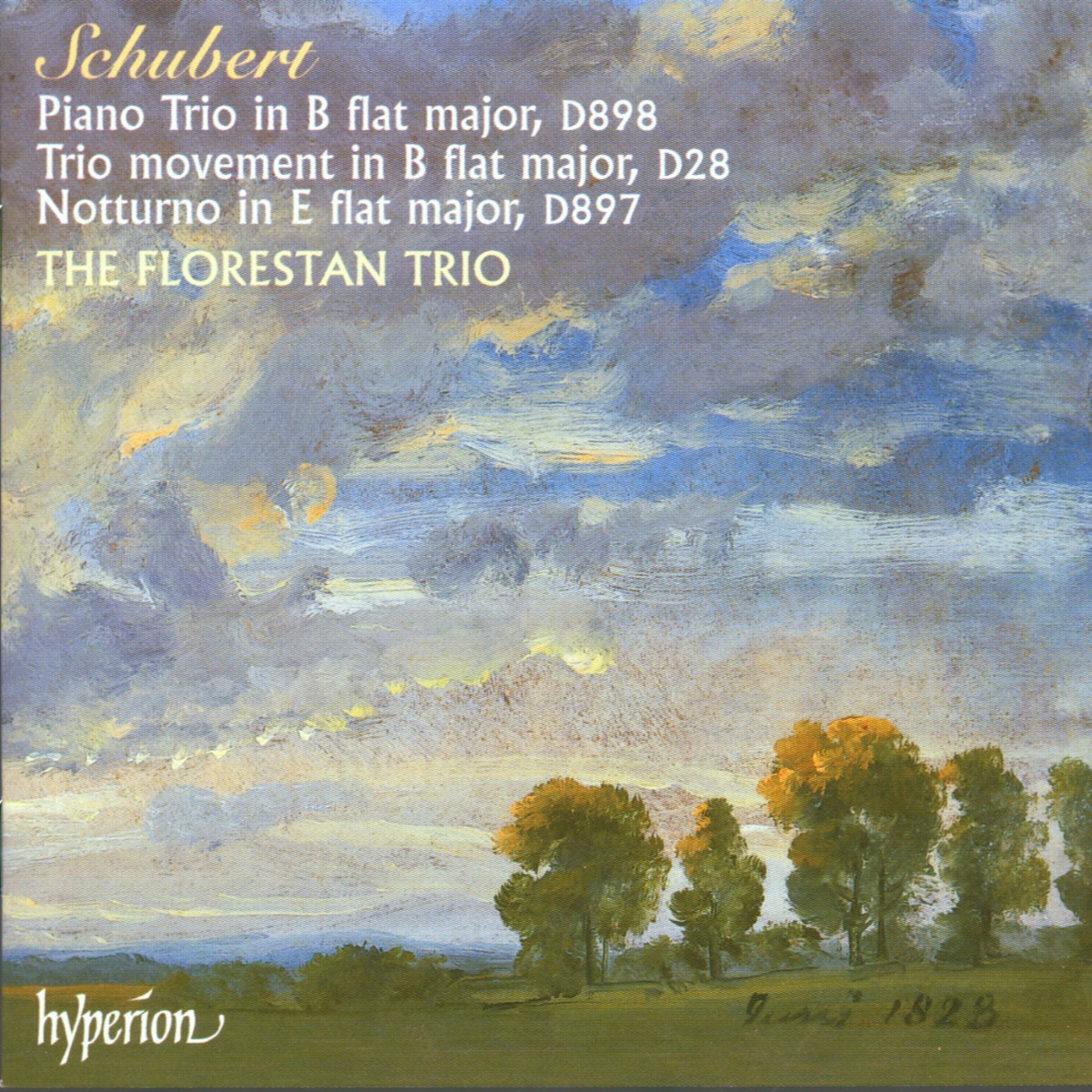 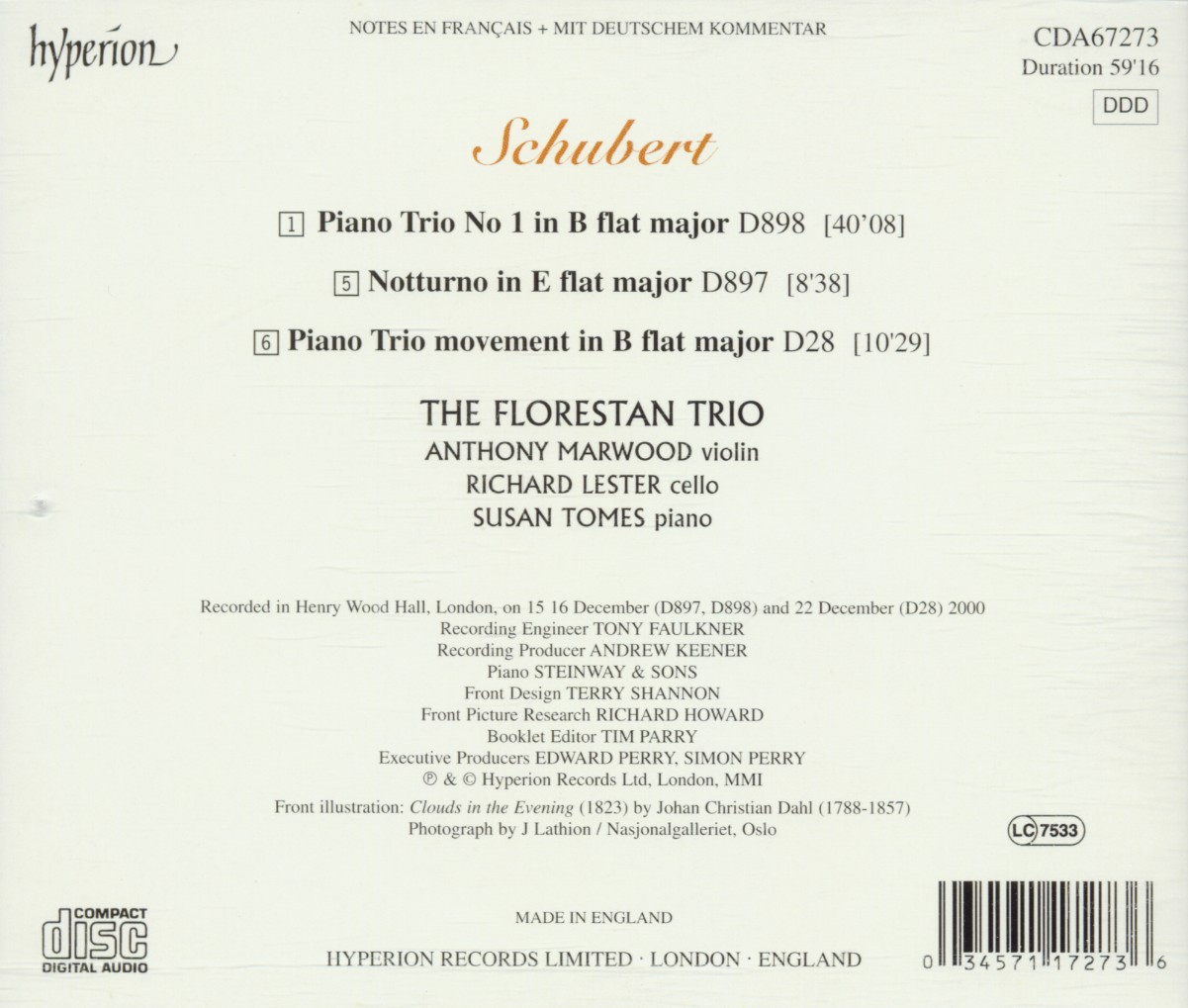 Hyperion is thrilled to be able to unite the remarkable talents of The Florestan Trio, deemed by Classic CD as 'among the finest chamber ensembles of the present day', with one of Schubert's greatest masterpieces, the magnificent Piano Trio in B flat major, D898. Of all the large-scale works of his last years, D898 is one that reflects the popular image of the carefree, companionable Schubert, pouring out a stream of spontaneous melody. From its soaring opening theme to the sublimated echoes of Viennese popular music in the finale, the music exudes life-affirming energy.

The 'Notturno' (so titled by the publisher) in E flat was the original slow movement of the B flat trio. Schubert's reasons for its eventual replacement remain unclear, but the work now stands alone most effectively as an entity of sustained melody and tranquillity.

The last work, the single-movement 'Sonate' (the composer's designation) was written when the composer was just 15. He was in self-consolatory mode and D28 was his immediate response to losing his treble voice, and with it his place in Vienna's Imperial Chapel Choir. An early work with apparent influences from Mozart, it is a work of great insight, lyricism and charm that reflect the despondent teenager's determination to lift his spirits.

'This stands out among modern recordings of this fine work [and] the Movement in B flat makes a freshly endearing bonus. This will be hard to beat and one eagerly awaits the E flat major Trio' (Gramophone)

'Marvellously alive, the phrasing playful when required, delicate but never precious, [the trio] frolic through with palpable joy and an unerring sense of ensemble. Placed alongside this CD, even the Beaux Arts Trio, old favourites in this repertoire, start to look staid' (The Times)

'I urge you not to miss the Florestan disc which certainly becomes my version of choice for the B flat Trio and the early trio movement' (Fanfare, USA)