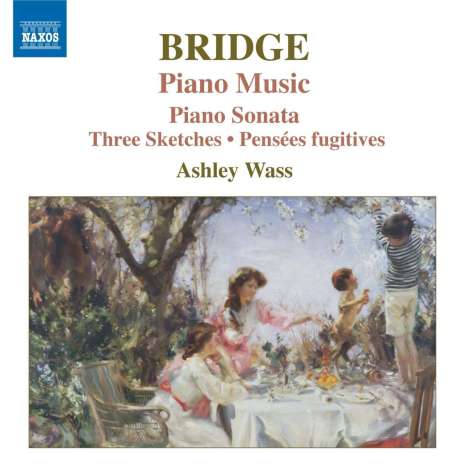 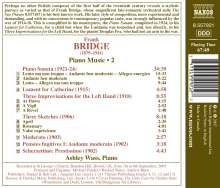 Perhaps no other British composer of the first half of the twentieth century reveals a stylistic journey as varied as that of Frank Bridge, whose magnificent late-romantic orchestral suite The Sea (Naxos 8.557167) is his best known work. His later style of composition, more experimental and demanding, and with no concessions to contemporary popular taste, was strongly influenced by the war of 1914-18. This is exemplified in his masterpiece, the Piano Sonata, completed in 1924, in his Lament for Catherine, for a child lost when the Lusitania was torpedoed and, less directly, in his Three Improvisations for the Left Hand, for the pianist Douglas Fox, who had lost an arm in the war.