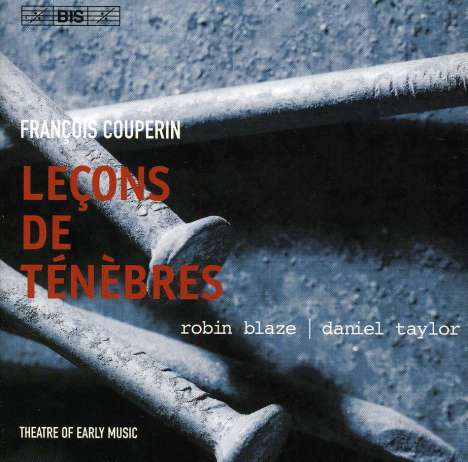 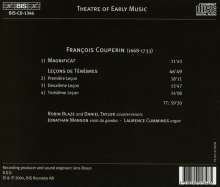 versandfertig innerhalb von 1-3 Tagen
(soweit verfügbar beim Lieferanten)
EUR 19,99*
Versandkosten
Robin Blaze and Daniel Taylor are two of today's leading counter-tenors. Both of them have recorded for BIS as soloists with the Bach Collegium Japan. Now they step fully into the limelight, together with the Theatre of Early Music, in fascinating performances of sacred music by François Couperin (Couperin le Grand). The Leçons de ténèbres – readings in the darkness – that are performed on this disc represented a popular genre in France during the baroque era. During Holy Week leading up to Easter there were vigil services in the hours before dawn at which the Lamentations of Jeremiah on the destruction of Jerusalem were read. These texts formed a preparation for the sense of abandonment that Jesus expressed in his words from the cross "my God, my God, why have you deserted me". The visually powerful texts of the prophet were well suited to dramatic musical settings as we can hear in the presented recording. But all is not darkness! For the disc also includes an inspired setting by Couperin le Grand of the Magnificat, the Virgin Mary's own hymn of thanksgiving as she contemplates the birth of God that is to come.