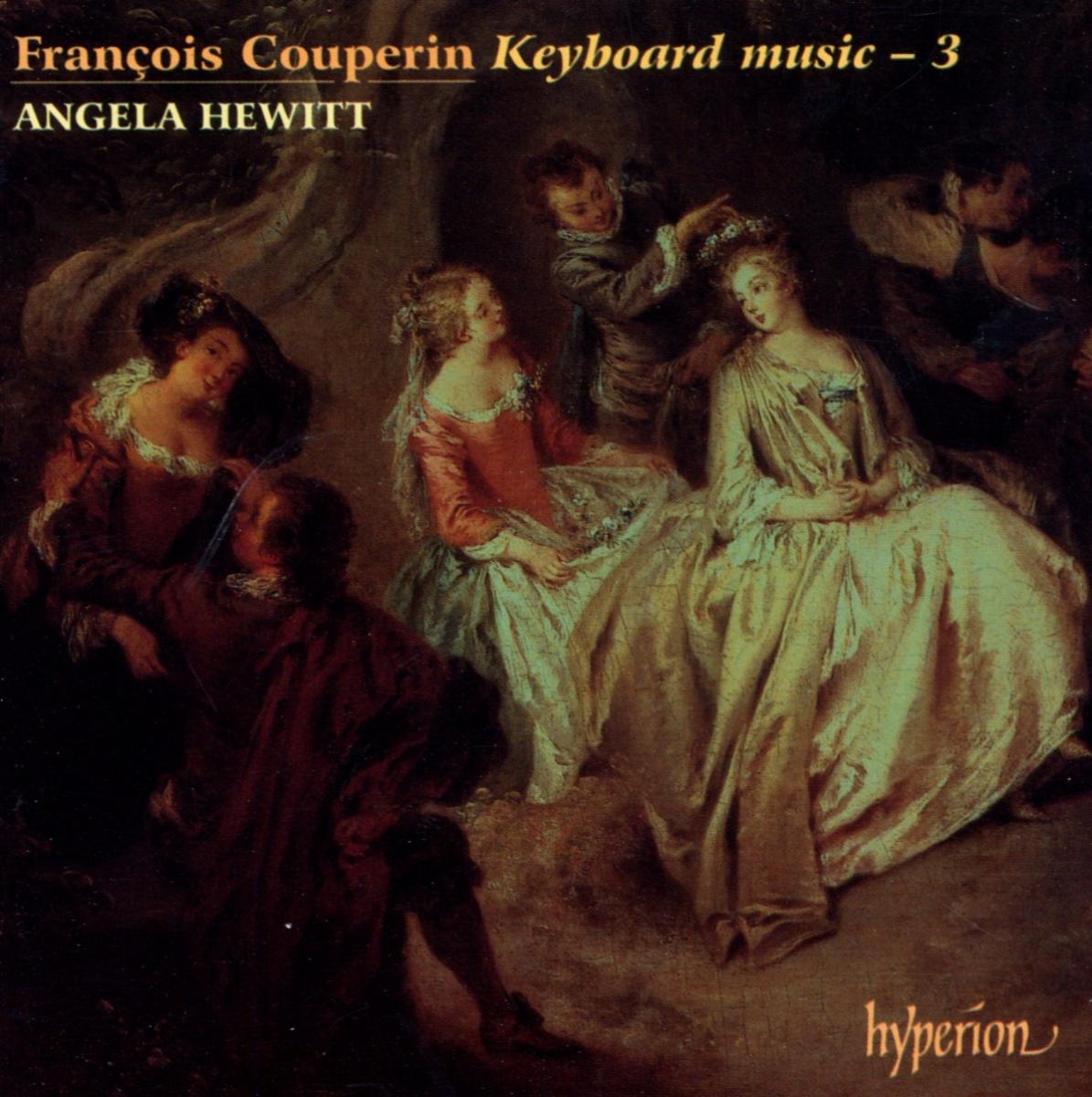 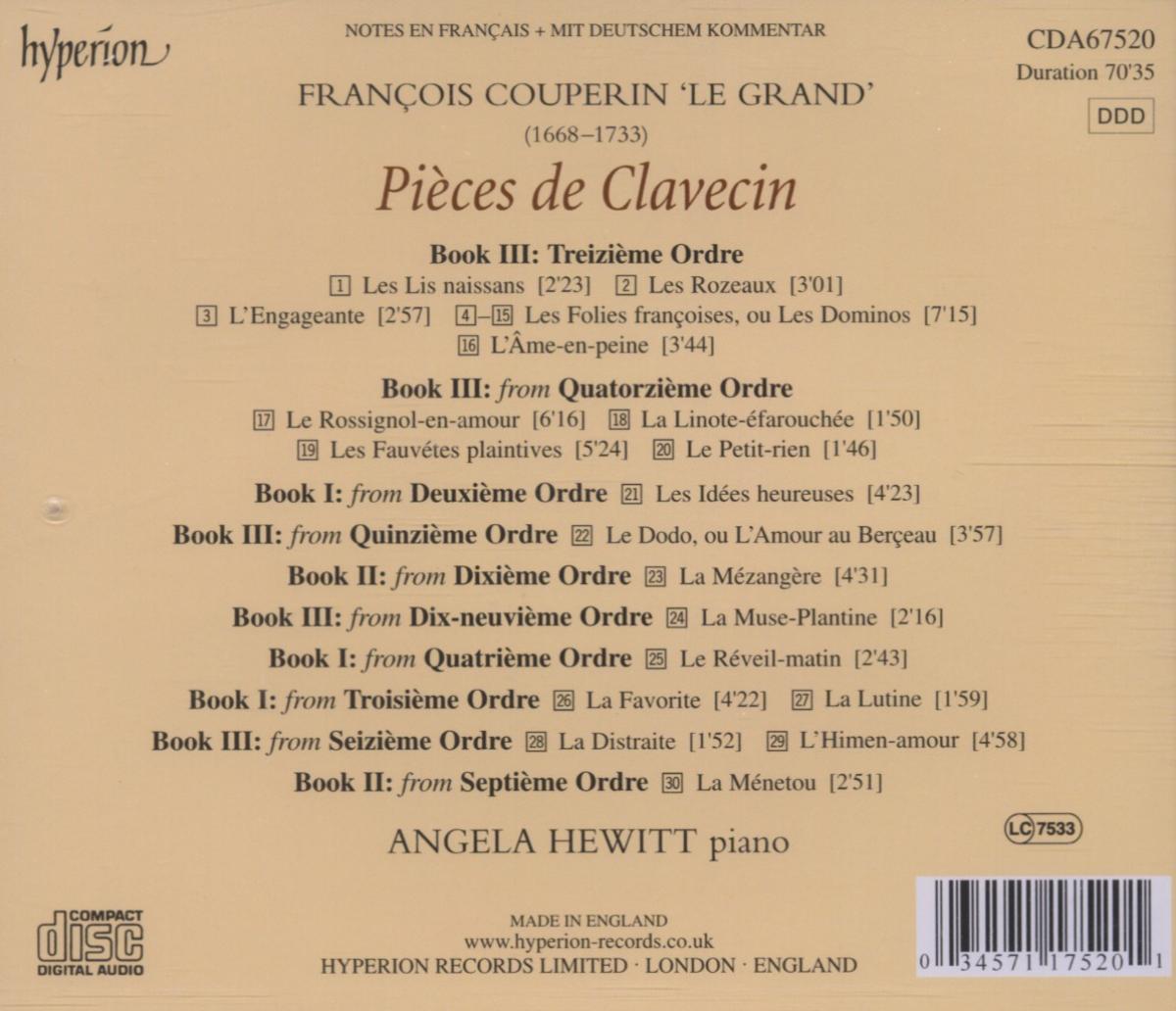 With this third volume Angela Hewitt concludes her personal survey of Couperin's keyboard music and proves that, in the hands of someone as steeped in Baroque keyboard style as herself, music which was previously thought the exclusive domain of the harpsichordist can be successfully transferred to the modern piano. Unlike her programming on the previous discs Hewitt here only plays one complete Ordre (suite) – the hugely entertaining 13th with its wicked parody of a debauched masked ball. For the rest, after tackling a group of pieces from the 14th Ordre she chooses, almost as encores to her series, a wide selection of her favourite pieces taken from suites not featured previously.

»played with this degree of sensitivity to articulation, textural balance and colour, it comes blazing off the printed page … Hewitt is inimitable« (Classic FM Magazine)

»First, the bad news. This third splendid selection of Couperin's keyboard music from Angela Hewitt is reported to be the last in the series. The good news, however, is that it is, if possible, even more delightful than its predecessors, illustrating the wit, charm, and above all the vivid descriptive power of his music« (The Daily Telegraph)

»Angela Hewitt's third (and final) selection of François Couperin's keyboard music for Hyperion confirms her to be a poetic and sensitive guide to this enchanting French Baroque idiom … Altogether, this is another absorbing, excellently recorded Couperin recital; Hyperion's three-disc set is an altogether compelling package« (Pianist)