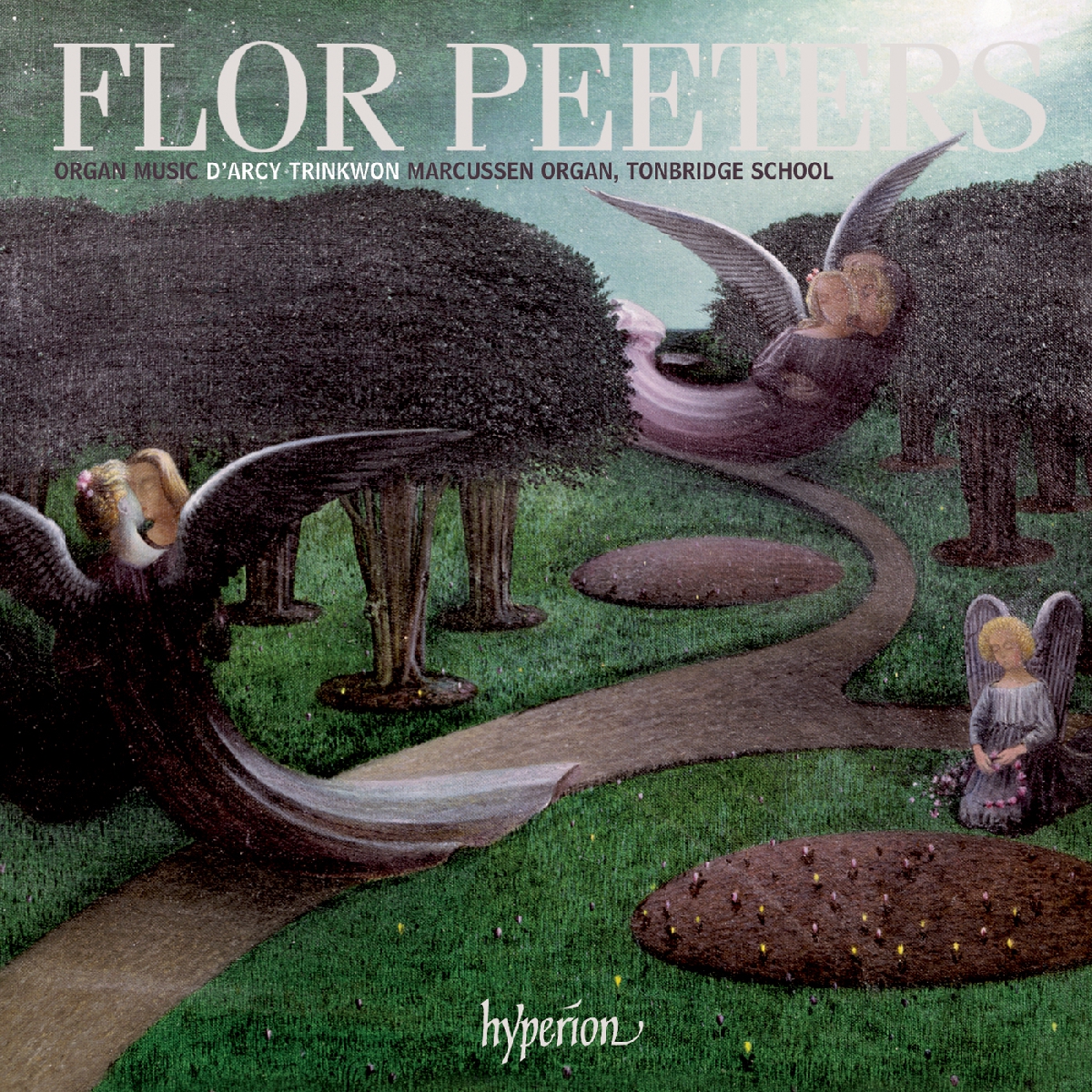 The Flemish composer-organist Flor Peeters was celebrated in his lifetime with a concert career that took him all around Europe, as well as to America, South Africa and Australia, while remaining the organist of St Rombout’s Cathedral in Mechelen. He was trained as a Catholic church musician and Gregorian chant and the medieval modes remained a lifelong inspiration for his music.

His mature music is often described as neoclassical, and most of it is essentially polyphonic, with an emphasis on simplicity and clarity, transparent linear textures and pungent, incisive tone-colours. Peeters was an almost exact contemporary of Maurice Duruflé, who shared his love of plainsong and the modes. But where Duruflé, with a typically French sensibility, conjured subtle impressionist soundscapes from his modal language, Peeters preferred sharper contours and brighter colours—Van Gogh, perhaps, compared with Duruflé’s Monet.

This disc includes a wide selection of his works for organ, encompassing large-scale concert works as well as some of his many chorale preludes. Peeters’ vast and expertly crafted oeuvre—matched in its size and scope only by a handful of other organ composers – displays great contrast and imagination.

'One mentions the varied nature of the music on this disc because it is so interesting and worthwhile and is so relatively infrequently heard these days, but the main plaudits should go to Trinkwon, whose playing throughout, particularly his tempos, phrasing and registrations, are of the highest class …All in all this CD constitutes another most valuble and welcome issue from Hyperion - so much so that one hopes it will lead to others' (International Record Review)

'This welcome release should do much to restore Peeters's reputation as one of the most craftsmanlike and consistently satisfying organist-composers of the past century … The Tonbridge Marcussen [is] ideally suited to Peeters's clear contrapuntal voice-leading. Beautifully recorded, with excellent notes by David Gammie' (Gramophone)