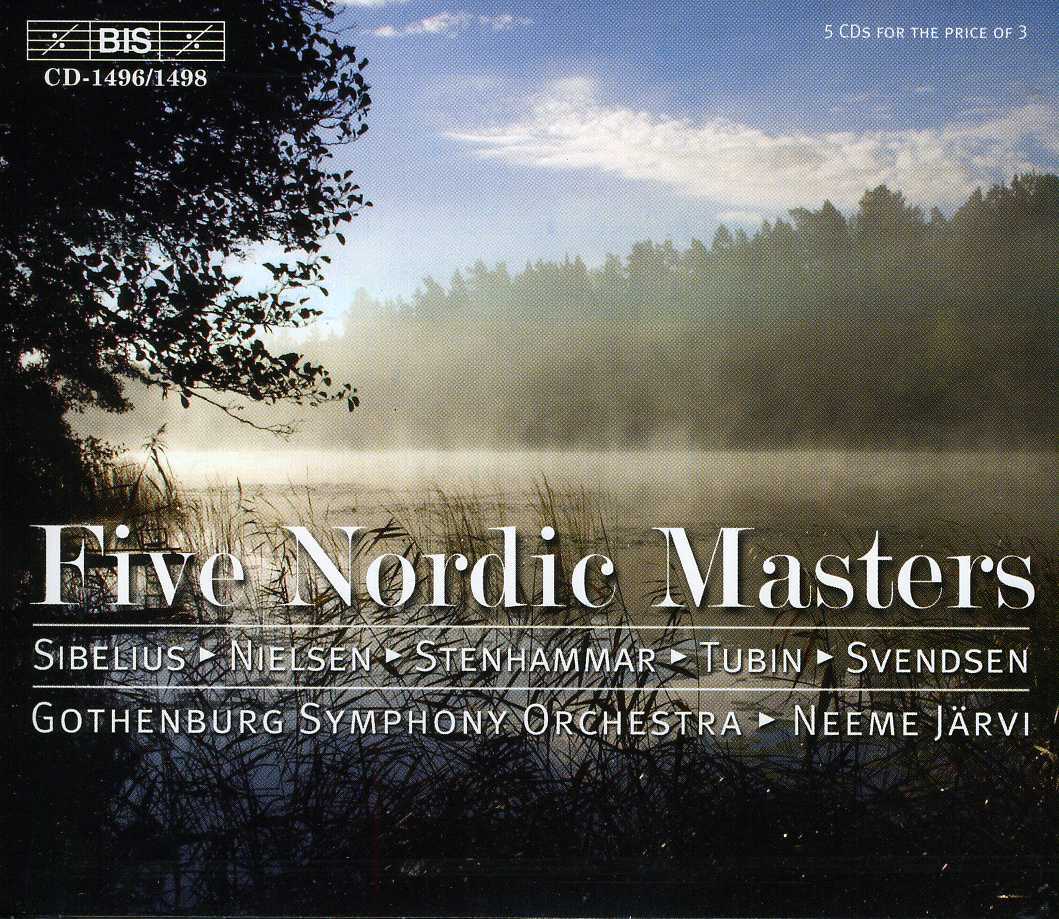 Bewertung:
versandfertig innerhalb von 1-3 Tagen
(soweit verfügbar beim Lieferanten)
EUR 42,99**
EUR 39,99*
Versandkosten
The Gothenburg Symphony Orchestra and Neeme Järvi have formed a relationship unique in the musical world of today. It began in 1980 and in 1982 was formalized when Järvi became principal conductor of the orchestra – a post which he has held ever since. 22 years later the love story between Järvi and the GSO enters a new phase. Ending his final season as principal conductor in 2004, Järvi will continue to visit ‘his’ orchestra – now as Emeritus Principal Conductor.

Over the years the team has recorded some 30 discs for BIS: the complete symphonies of Sibelius, Stenhammar and Svendsen, as well as works by Nielsen and Eduard Tubin – recordings which have won numerous international awards. Some of these recordings have been collected on the 5-cd set 'Five Nordic Masters': for instance Wilhelm Stenhammar’s Serenade which the Gramophone reviewer characterized as “glorious music, sensitively played and finely recorded”, and the “first-class performances, sensitive and vital” of Johan Svendsen symphonies. Included is also Eduard Tubin’s 10th Symphony, commissioned by the GSO in 1973, in a much acclaimed interpretation by Järvi, who has been a never-tiring champion of this great composer’s cause.

All in all, this collection is a fascinating documentation of a most unusual conductor / orchestra-team as well as a map of the musical Scandinavia between 1865 (Svendsen’s Symphony No. 1) and 1973 (Tubin’s Symphony No. 10). And, finally, it is close to six hours of some of the most glorious music that has ever come out of the north.