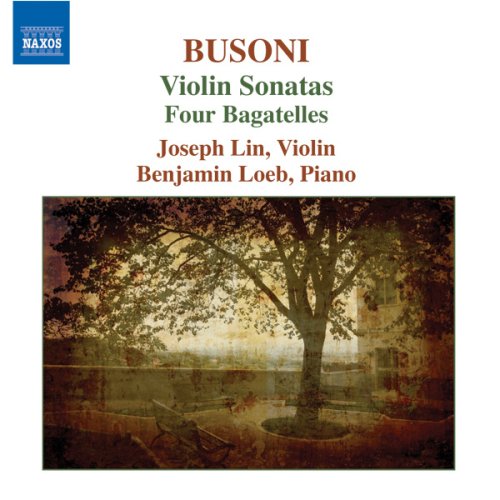 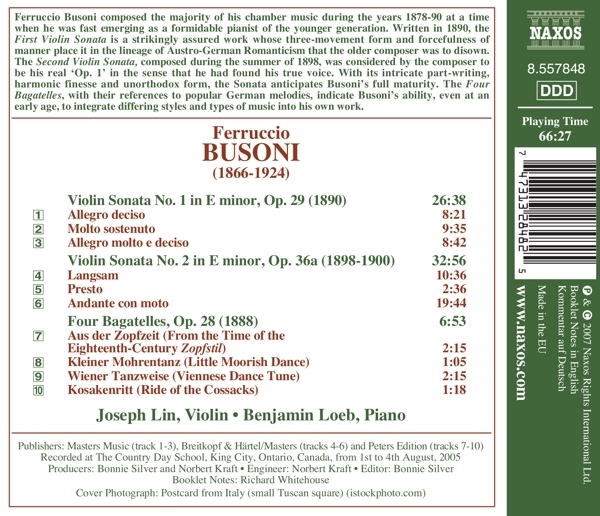 Bewertung:
versandfertig innerhalb von 1-3 Tagen
(soweit verfügbar beim Lieferanten)
EUR 7,99*
Versandkosten
Ferruccio Busoni composed the majority of his chamber music during the years 1878-90 at a time when he was fast emerging as a formidable pianist of the younger generation. Written in 1890, the First Violin Sonata is a strikingly assured work whose three-movement form and forcefulness of manner place it in the lineage of Austro-German Romanticism that the older composer was to disown. The Second Violin Sonata, composed during the summer of 1898, was considered by the composer to be his real "Op. 1" in the sense that he had found his true voice. With its intricate part-writing, harmonic finesse and unorthodox form, the Sonata anticipates Busoni's full maturity. The Four Bagatelles, with their references to popular German melodies, indicate Busoni's ability, even at an early age, to integrate differing styles and types of music into his own work.