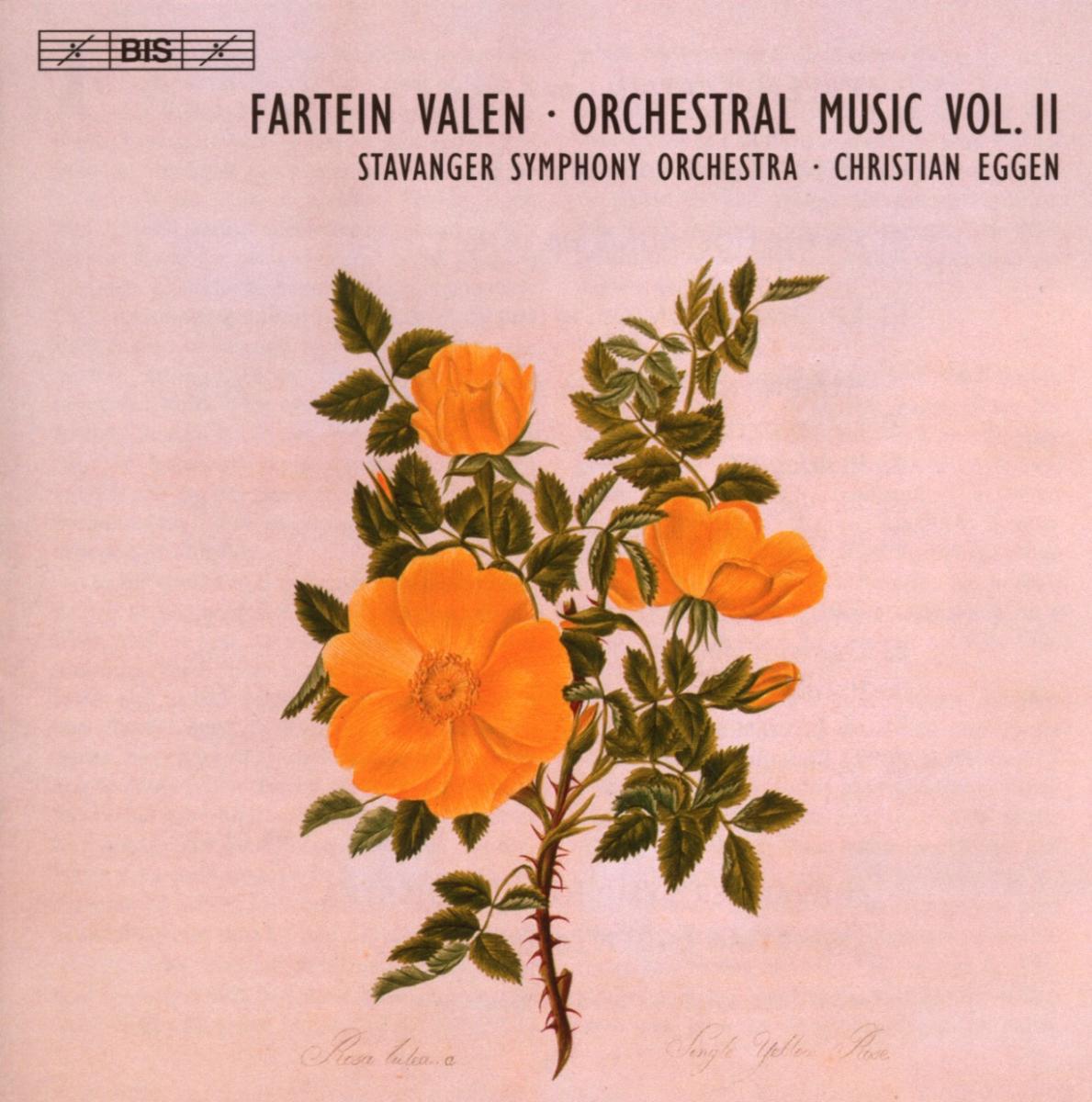 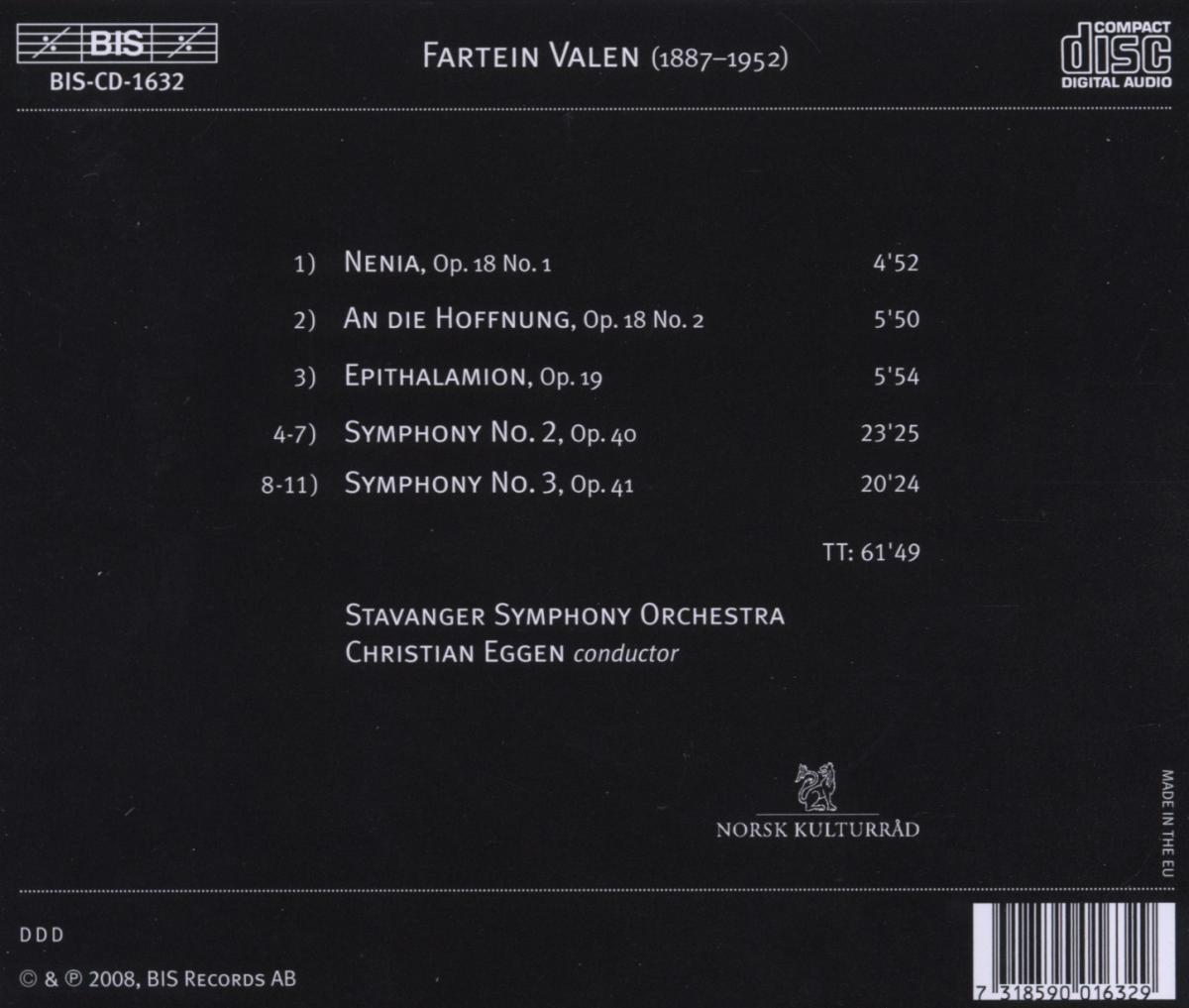 Stavanger Symphony Orchestra and conductor Christian Eggen continue the survey of their compatriot Fartein Valen’s orchestral music with a programme spanning the years 1932-1946. Valen had by then already established his distinctive tonal language, an atonal counterpoint based on his studies of Bach with inspiration from Schoenberg and from Alban Berg. The three single-movement orchestral pieces recorded here were written in the space of just over a year, and all have titles that are rich in extra-musical associations. They are not, however, examples of romantic programme music: the titles reflect the underlying inspiration rather than the content of the works. Nenia, from the Latin, is a lament – or ‘funeral march’ as Valen termed it – inspired by the expressive Roman marble figure known as the ‘Dying Gaul’. For An die Hoffnung it was the poem ‘To Hope’ by John Keats which provided the creative impetus, and it is known that Valen owned a copy of Edmund Spenser’s Epithalamion from 1595, as he was composing the work which he intended as a wedding gift to his nephew. These shorter works may be seen as preliminary studies for Valen’s symphonies, of which No. 2 and No. 3 were composed from 1941 to 1946. During this time – which more or less coincides with the German occupation of Norway – Valen led a reclusive life on the family farm, spending his time composing and tending his beloved rose garden. As a symphonist, Valen was not interested in the traditional symphonic development but he did want to preserve the character of the extended lines with long spans through polyphony. To quote the liner notes by Valen specialist Arvid Vollsnes, ‘many of the movements are like gigantic fugues. They have a dynamic, rather than an architectural form even though we encounter sonata form, Lied form and rondos.’