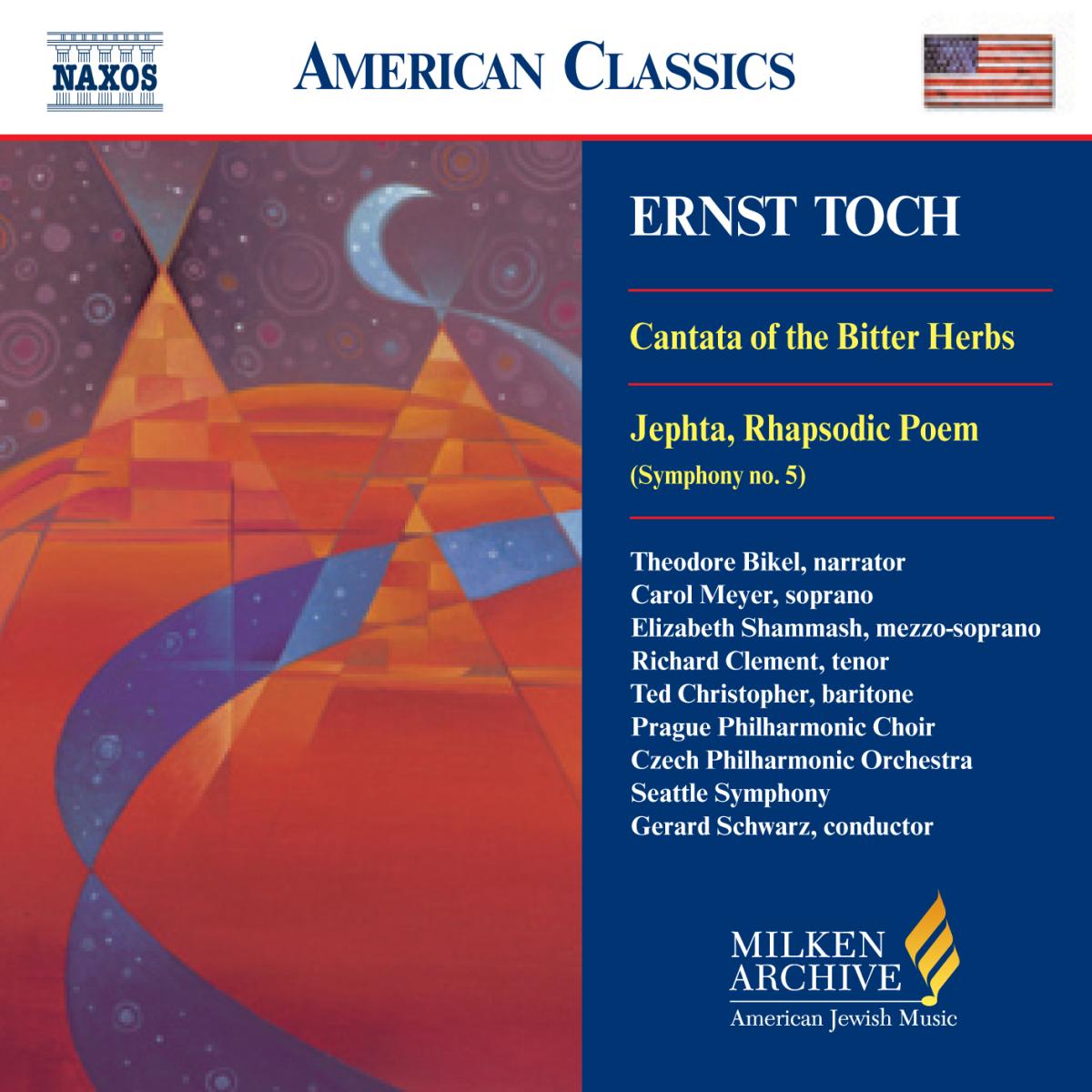 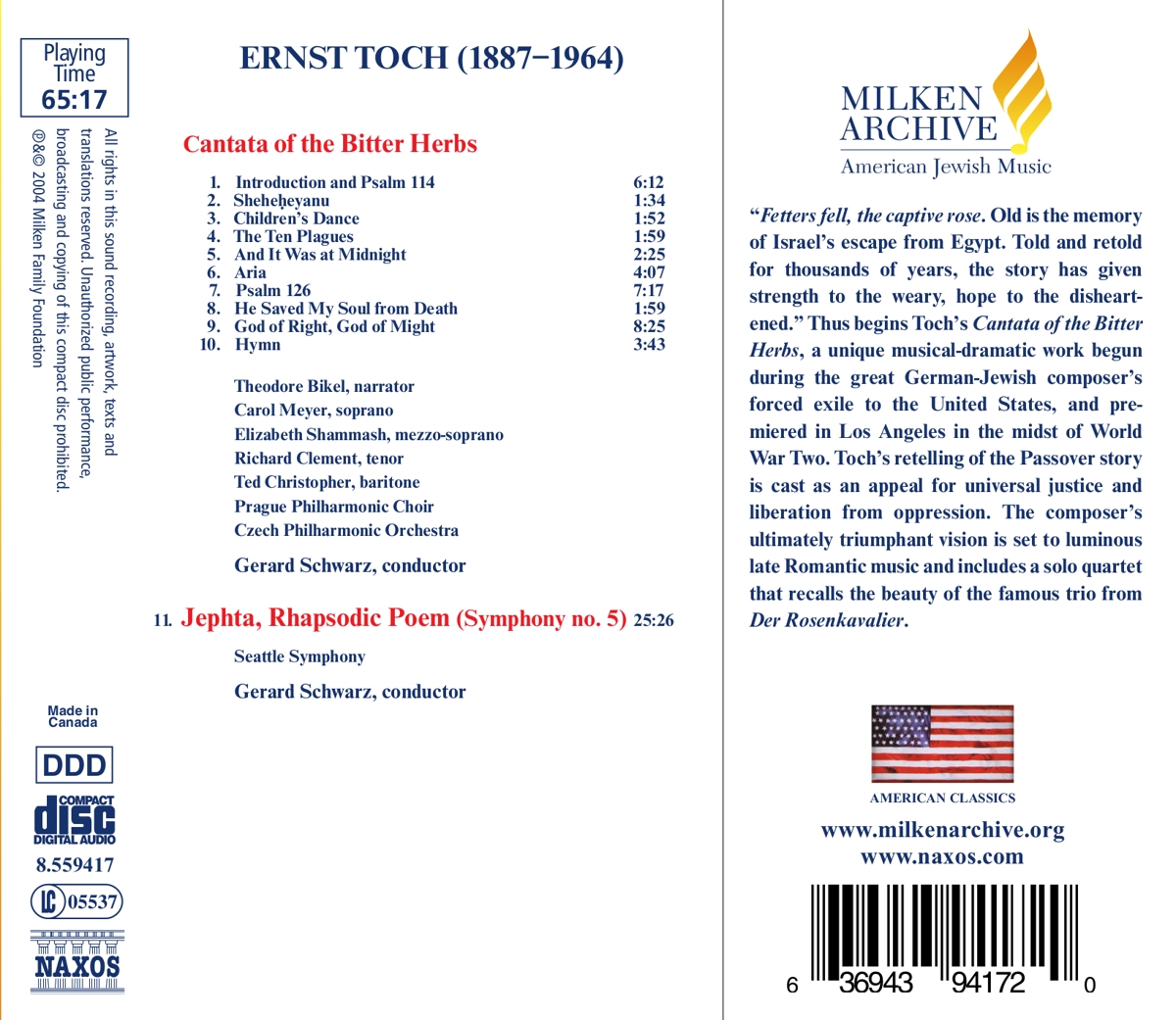 umgehend lieferbar, Bestand beim Lieferanten vorhanden
EUR 9,99*
Versandkosten
*** Milken Archive of American Yewish Music
"Fetters fell, the captive rose. Old is the memory of Israel's escape from Egypt. Told and retold for thousands of years, the story has given strength to the weary, hope to the disheartened." Thus begins Toch's Cantata of the Bitter Herbs, a unique musical-dramatic work begun during the great German-Jewish composer's forced exile to the United States, and premiered in Los Angeles in the midst of World War Two. Toch's retelling of the Passover story is cast as an appeal for universal justice and liberation from oppression. The composer's ultimately triumphant vision is set to luminous late Romantic music and includes a solo quartet that recalls the beauty of the famous trio from Der Rosenkavalier."

Cantata of the bitter herbs (Kantate)