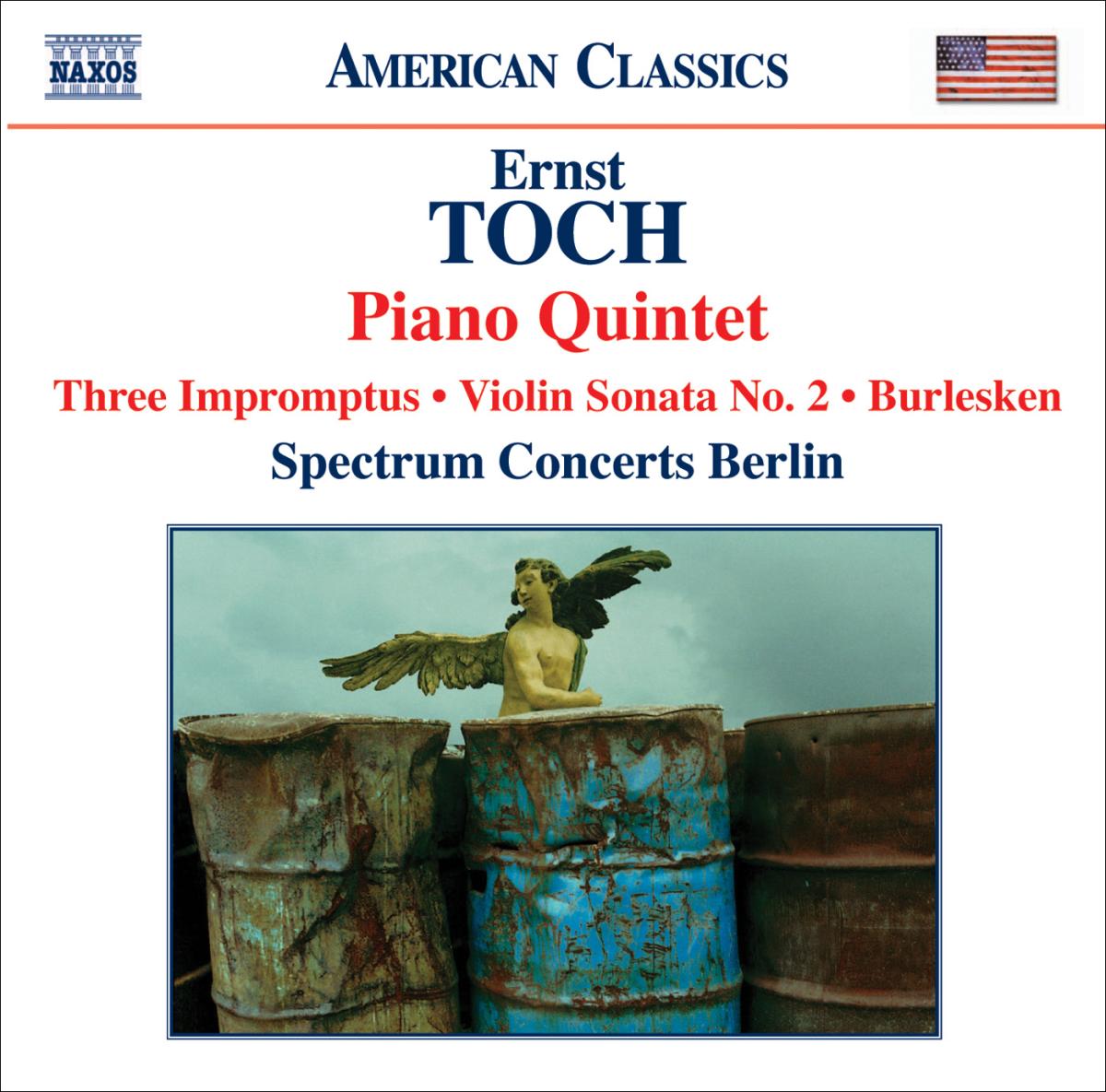 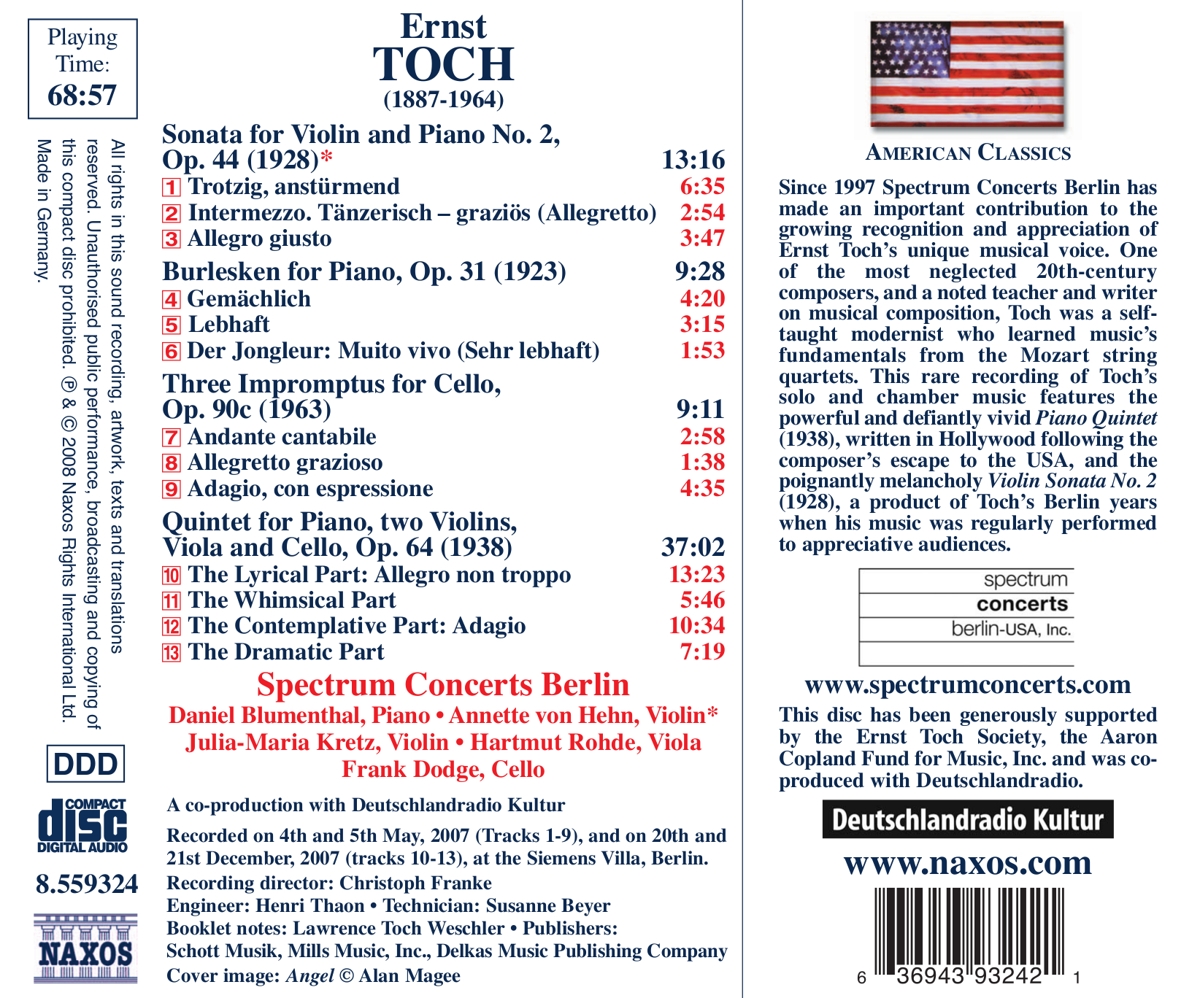 umgehend lieferbar, Bestand beim Lieferanten vorhanden
EUR 12,99*
Versandkosten
Since 1997 Spectrum Concerts Berlin has made an important contribution to the growing recognition and appreciation of Ernst Toch's unique musical voice. One of the most neglected 20th-century composers, and a noted teacher and writer on musical composition, Toch was a selftaught modernist who learned music's fundamentals from the Mozart string quartets. This rare recording of Toch's solo and chamber music features the powerful and defiantly vivid Piano Quintet (1938), written in Hollywood following the composer's escape to the USA, and the poignantly melancholy Violin Sonata No. 2 (1928), a product of Toch's Berlin years when his music was regularly performed to appreciative audiences.