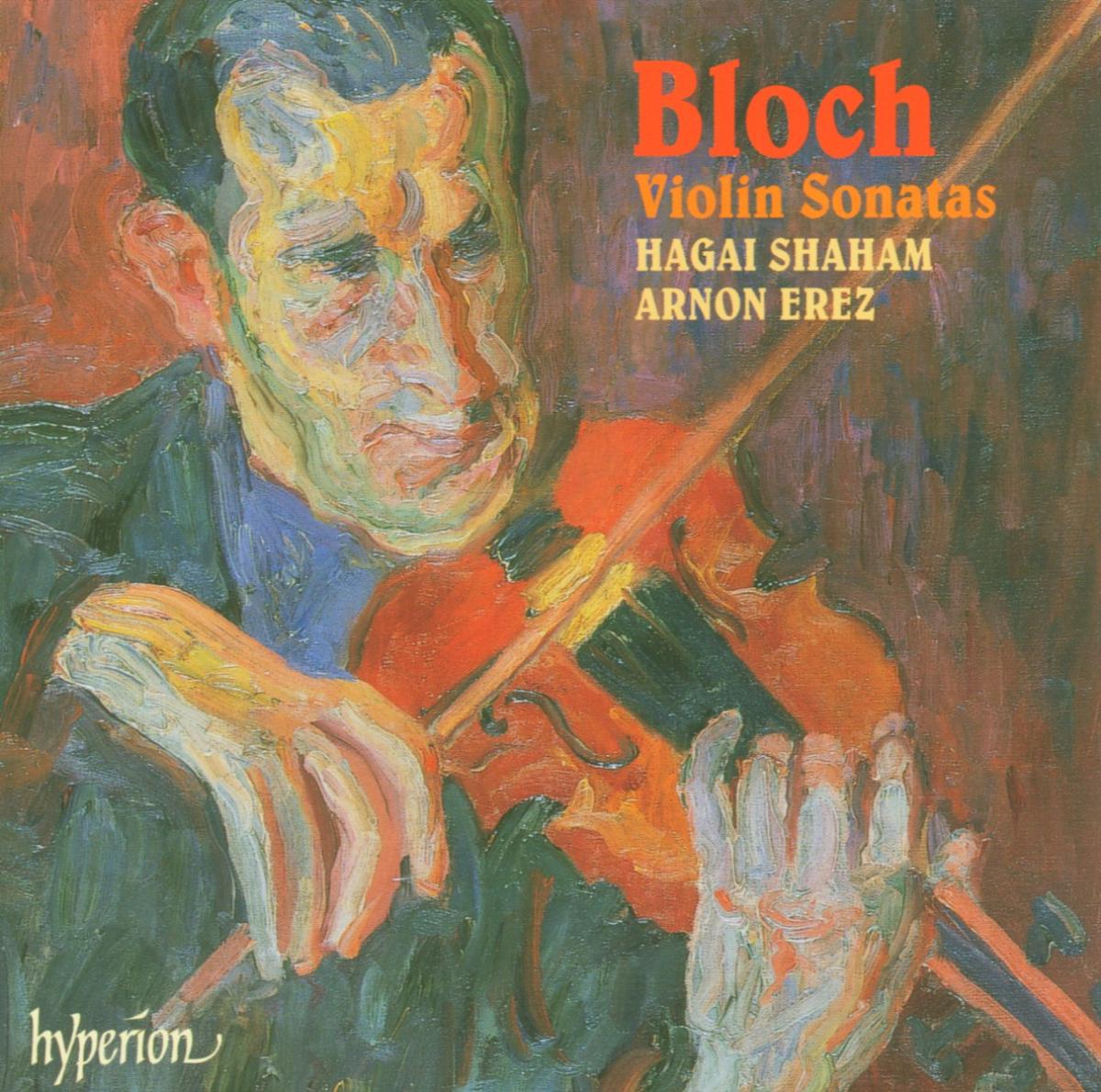 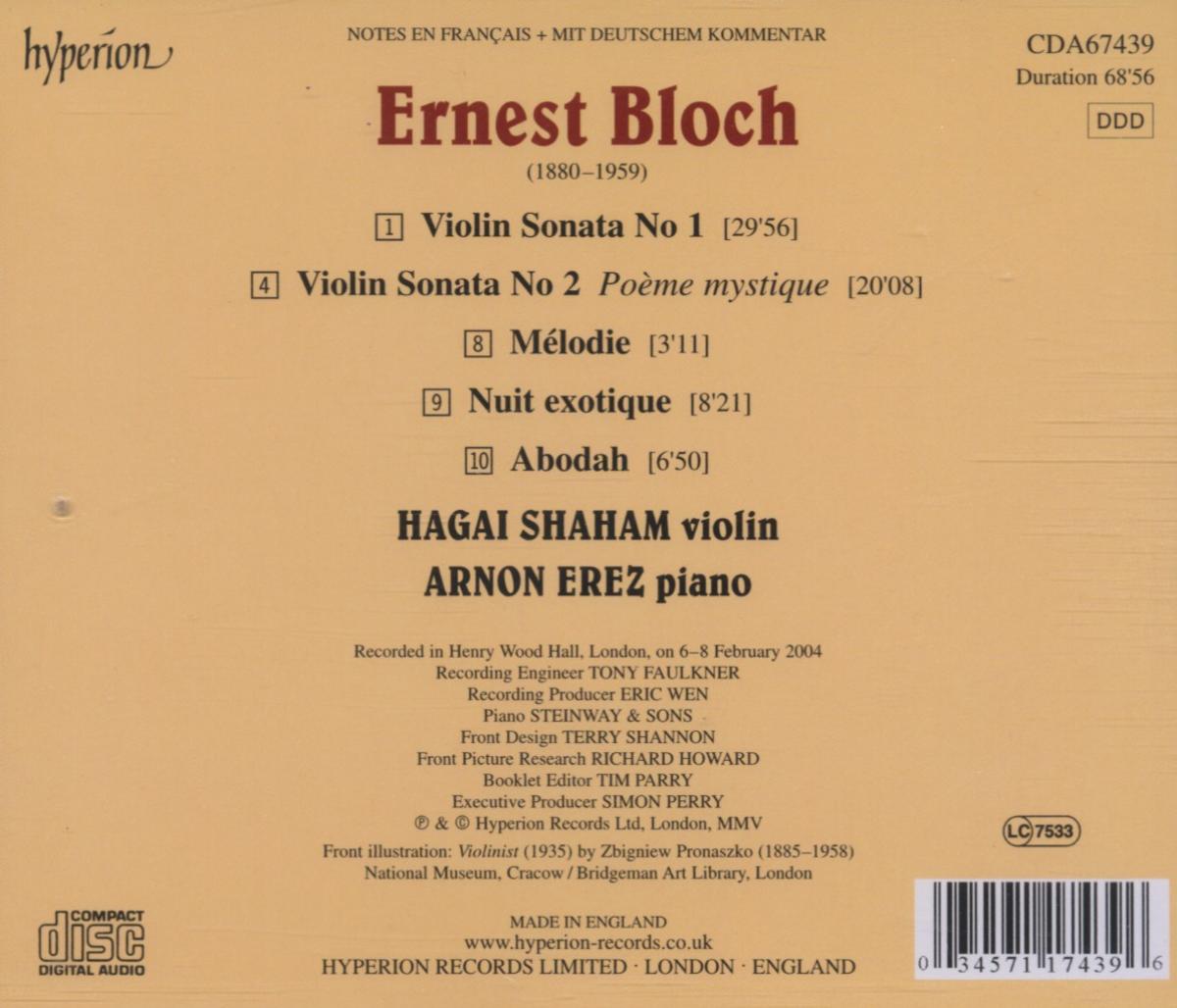 Hagai Shaham has already demonstrated his thrilling virtuosity and luscious tone in his Hyperion recordings of Jenö Hubay, and here he shines in the richly expressive music of Ernest Bloch. The two violin sonatas are contrasting works (Bloch described No 1 as embodying ‘the world as it is’, while No 2 represents ‘the world as it should be’): the first is in three movements and balances violent and ritualistic motifs with passages of dream-like calm; the second is more simple and lyrical, characterized by long melodic lines and stylistically not unlike Szymanowski. The three shorter works are also lyrical and, like most of Bloch’s music, exemplify the Jewish influence on Bloch’s musical idiom.

Lovers of the violin and early twentieth-century Romanticism will revel in ravishing music performed with such an irresistible zeal and flair.

This is the first of two discs which will encompass Bloch’s complete music for violin and piano.

'With fine engineering, realistically balanced, and excellent annotation, this is a digital front-runner' (Gramophone)

'Played with lean intensity and dead-centre intonation reminiscent of the young Heifetz, these neglected works come fizzing off the page to mesmerising effect' (Classic FM Magazine)

'Bloch's first Sonata given a 'devastating performance' … If there is any justice, this fine new recording will win these undervalued works new friends. Please try these sonatas, whether or not you already know them' (BBC Radio 3 CD Review)