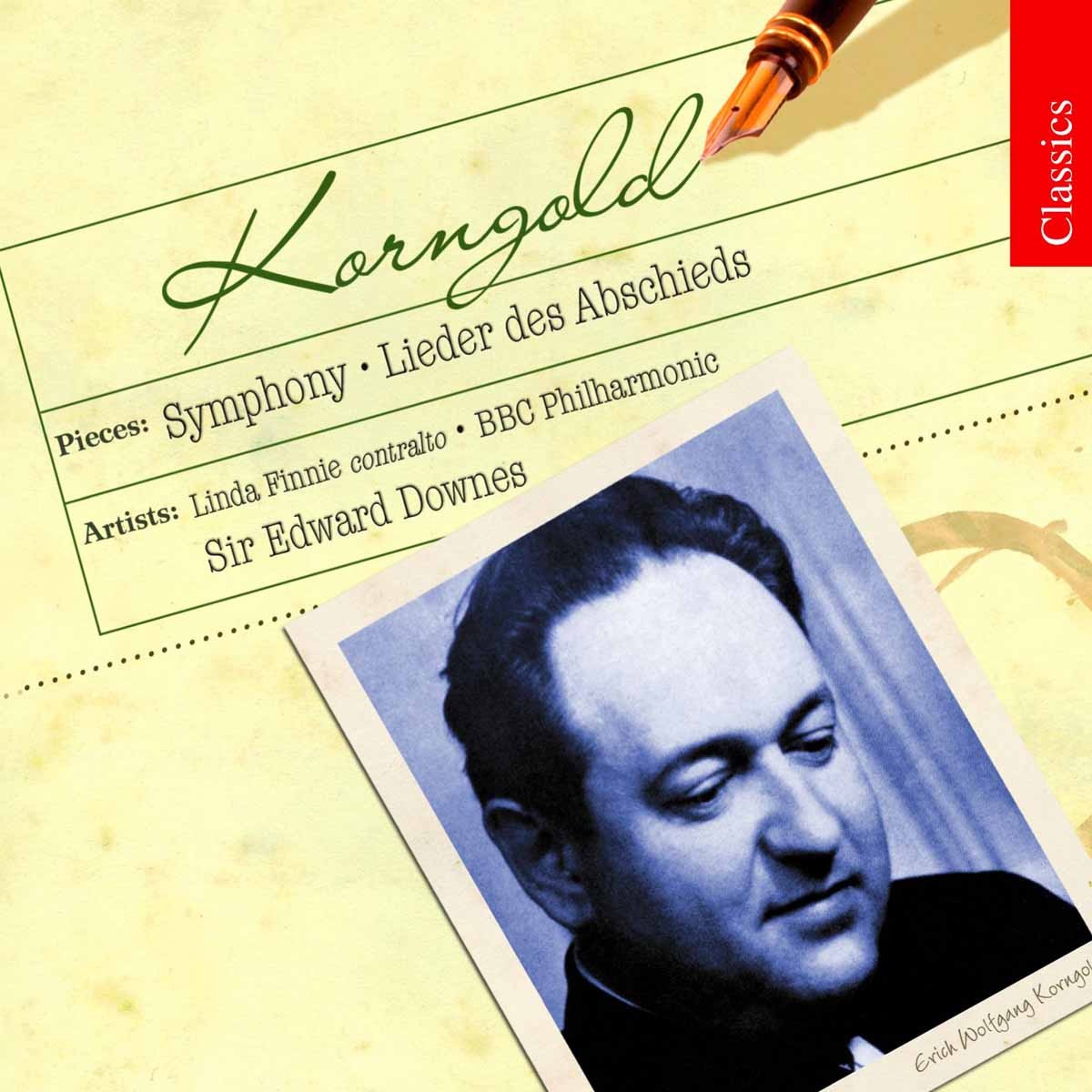 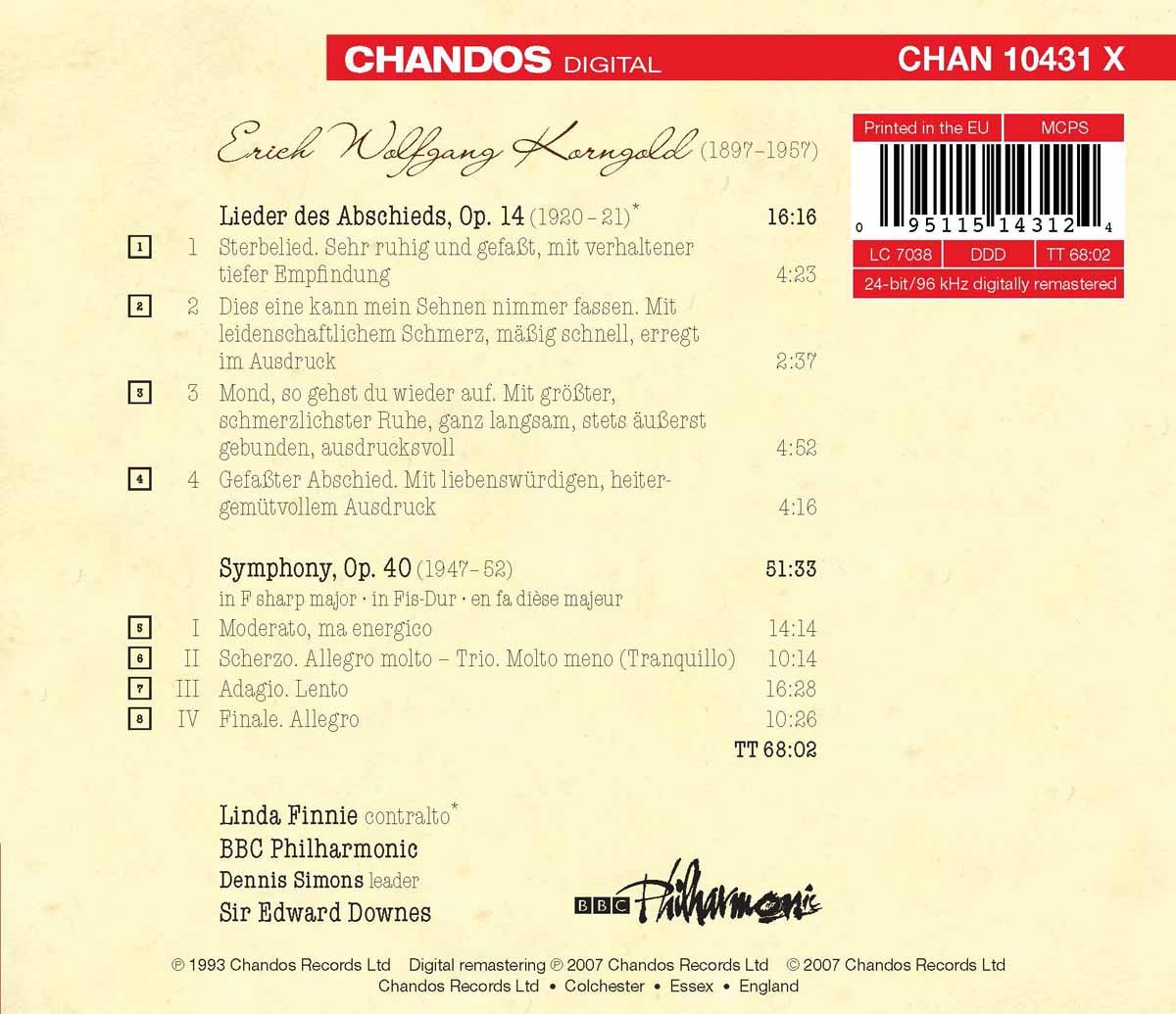 Scored for large forces – the rare Symphony in F Sharp major is a work of real imaginative power and ranks alongside the major symphonic works of Mahler and Bruckner; with a powerful and deeply felt slow movement of grandiose character. Coupled with the exquisite yet, rarely performed Lieder des Abschieds a cycle of four orchestral songs are much earlier and completed in 1920; clearly influenced by Strauss, Mahler and Zemlinsky and performed here with the persuasive soloist, Linda Finnie. Conducted by Edward Downes, the BBC Philharmonic performs with enthusiasm and sensitivity.

These are richly inventive and brilliantly scored works, sadly neglected but making a welcome return, and for the first time on Chandos Classics.

Quotes from original release:
Korngold’s lush orchestration needs sound with a full bloom, and the Chandos engineers provide that in spades. The Times

It [Abschieds] is sung with great sympathy and full tone by Linda Finnie, while Downes and the Chandos engineers do a fine job colouring the orchestra. He richly evocative third song, ‘Mond so gehst du Wieder auf’, is worth the price of the disc. American Record Guide

The first volume to be made, featuring the rich voice of Linda Finnie in the Lieder der Abschieds together with the late Symphony in F sharp, was in the sure hands of Edward Downes, the later three under the equally incisive baton of Matthias Bamert. BBC Music Magazine

Downes’s insightful reading (and the BBC Philharmonic’s impeccable playing) is all that the discerning Korngold collector could wish for, especially when coupled with Linda Finnie’s rapt and majestic account of the Lieder des Abschieds cycle. Gramophone Critic’s Choice