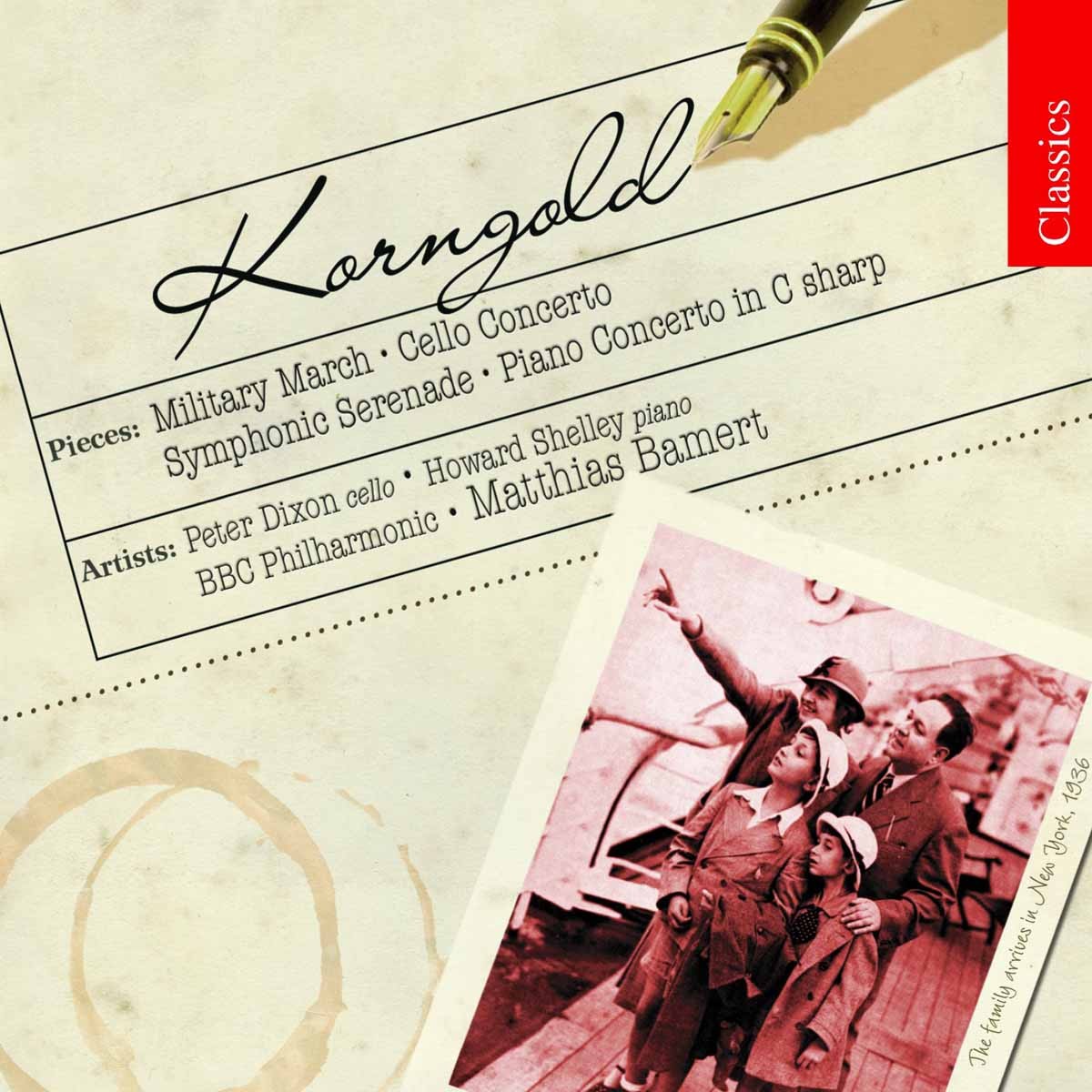 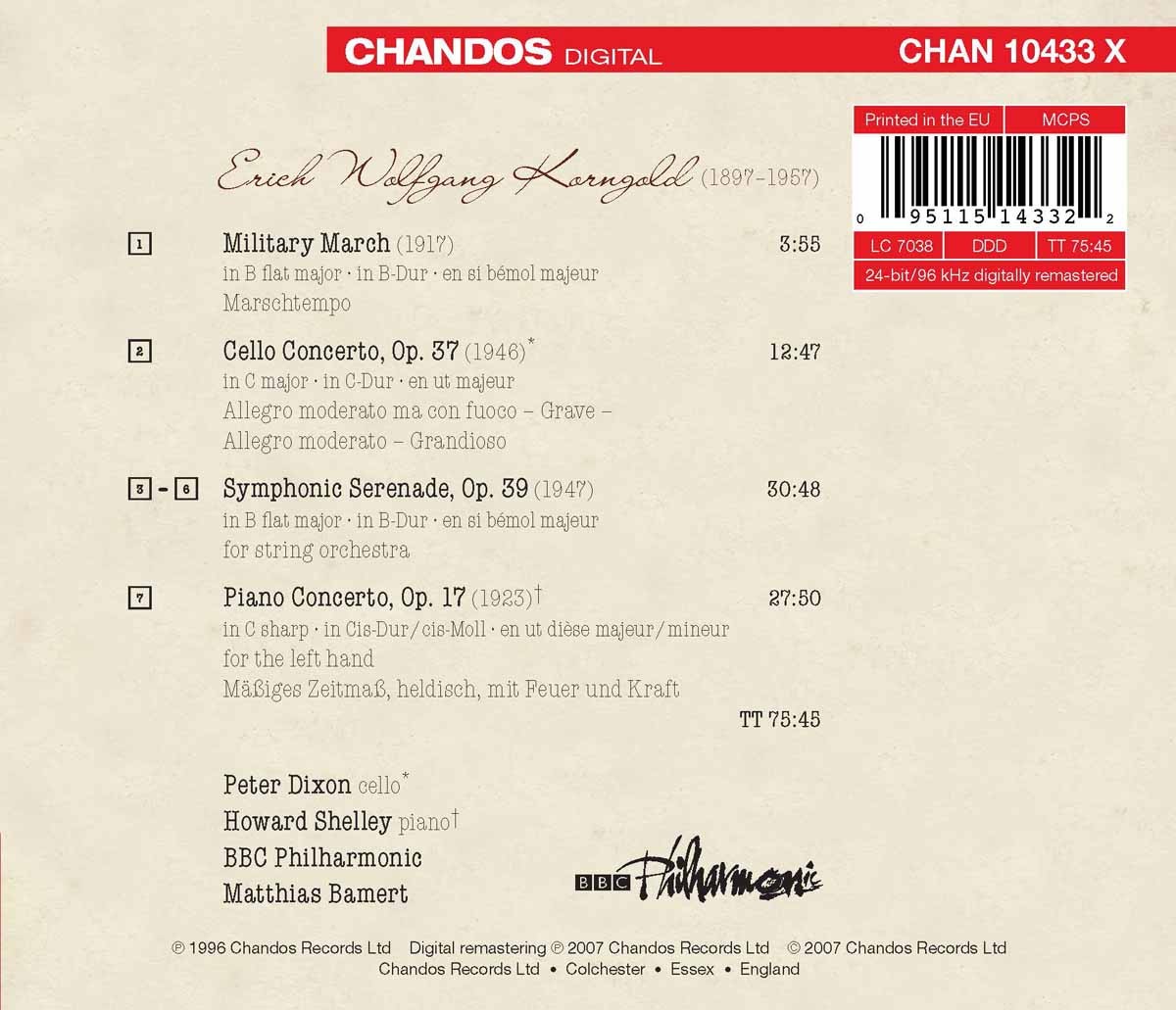 This disc offers four works, from several of Korngold’s periods, including the Cello Concerto, an adaptation of a short piece Korngold composed in 1946 for the film Deception and here performed by Peter Dixon. Dixon plays with elegance and a lyrical understatement needed for this work.

The Concerto in C sharp for left hand is an altogether different matter. It is an extraordinarily imaginative and resourceful work – ambitious and sometimes authentically modern. Although it springs from a post-Straussian world, it is full of individual touches. Howard Shelley gives it a radiant performance, playing with panache. “The work demonstrates his virtues, chief among which was the ability to evoke and express feelings”, wrote American Record Guide. Coupling these two exigent works is the Symphonic Serenade for Strings – a very beautiful work with a highly inventive Scherzo and an eloquent, rather Mahlerian slow movement.

The third of the Korngold collection released on to the Classics label this month, it is an important addition to the collection.

If you don’t have a Korngold collection in the works, this is a good place to start American Record Guide

The recording quality Chandos accords Bavouzet is simply staggering in its clarity and space (the disc was recorded in Potton Hall, Suffolk. Ralph Couzens acted as both producer and engineer). Moreover, the Steinway piano is exquisitely prepared, and seems ideally suited to convey Bavouzet’s wide variety of touch… Bavouzet relishes the sheer scope of emotion contained in Debussy… a memorable disc Fanfare