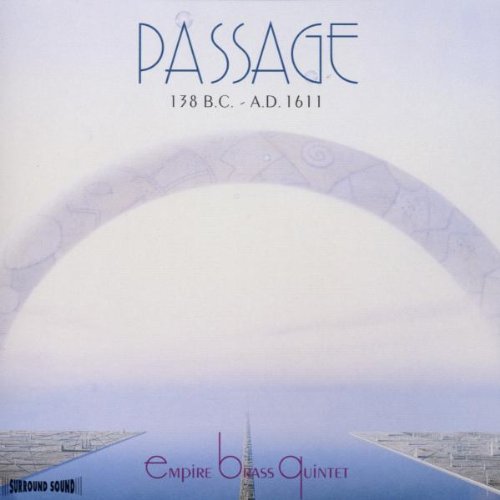 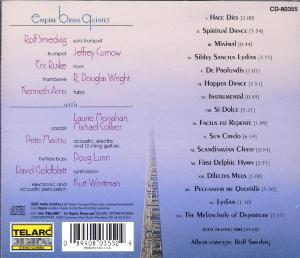 Bewertung:
lieferbar innerhalb einer Woche
(soweit verfügbar beim Lieferanten)
EUR 17,99*
Versandkosten
*** Surround Sound ***
With the approach of the millennium, many are being drawn to ancient traditions that reveal simple truths about life and faith. So tightly linked are the roots of modal music to ancient traditions that these works of chant-based music disclose many practices of the distant past.

On Passage, modern-day instruments (synthesizers, electronic and acoustic percussion, guitars) are added to the Empire Brass to transport this intensely spiritual music dating from 138 B. C. to A. D. 1611 into the late twentieth century. With this new rhythmic emphasis, the music takes on a broadened emotional intensity. This album was conceived by Rolf Smedvig, leader of the Empire Brass Quintet. Smedvig was joined by seasoned pop and jazz percussionist Kurt Wortman who created the rhythm tracks. Together, they brought to Telarc not only the most innovative crossover album of 1994, but this diverse release in this very popular genre.
(concordmusicgroup. com)