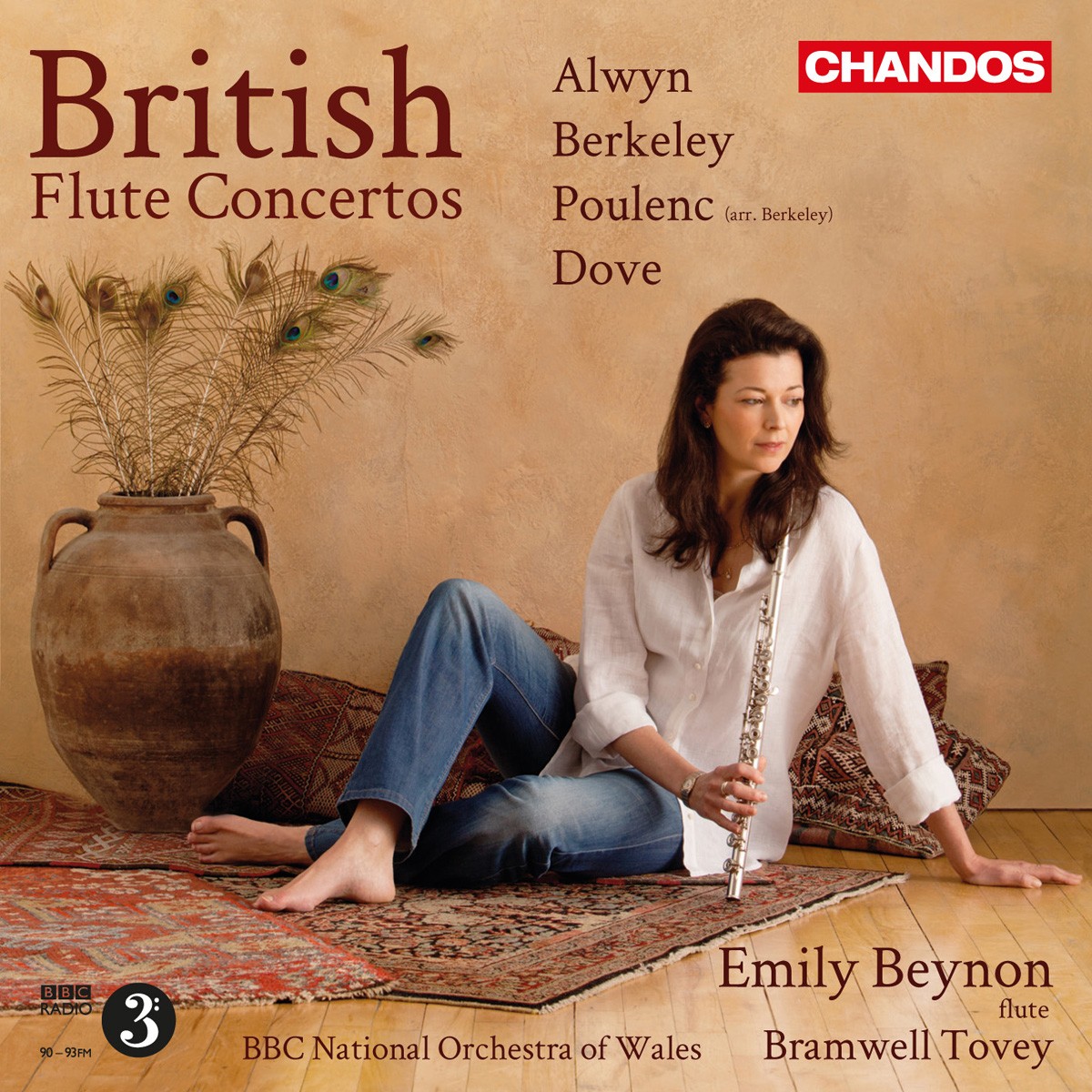 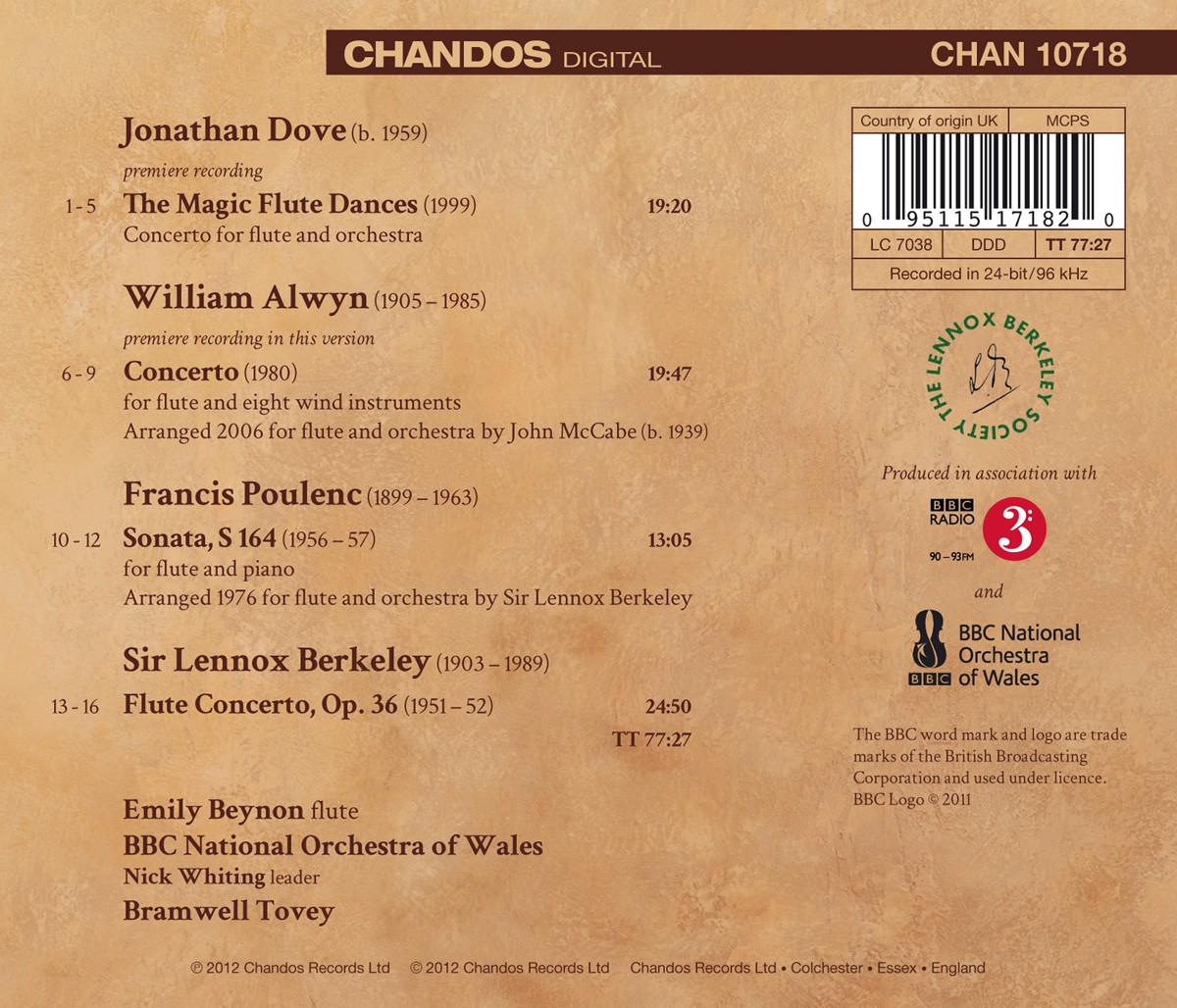 The Welsh flautist Emily Beynon plays a selection of British flute concertos, accompanied by the BBC National Orchestra of Wales and Bramwell Tovey. Beynon is the Principal Flute of the Royal Concertgebouw Orchestra in Amsterdam. Equally at home in front of the orchestra as in its midst, she has also performed as soloist with, amongst others, several BBC Orchestras, the Philharmonia Orchestra, NHK Symphony, and the Vienna, Prague, Netherlands and English Chamber orchestras.

Sir Lennox Berkeley was one of the leading British composers of the mid-twentieth century, a Francophile who brought to his music clarity, economy, and elegance. His Flute Concerto, composed in 1952 and dedicated to John Francis, displays these qualities in abundance, as well as the lyricism which had become more prominent in his post-war works. It is scored for an orchestra of two oboes, two bassoons, two horns, timpani, and strings.

In 1976, Berkeley took on the difficult task of orchestrating the piano part of Poulenc’s Sonata for Flute and Piano. We know from a diary entry that Berkeley was expecting the task to prove difficult, and perhaps he made the task even more taxing by choosing not to include a harmonic instrument in his orchestral completion. In the end, though, his instruments of choice were used with great ingenuity. For example, in the opening, the piano part is transferred to interlocking clarinets and bassoons, and in the middle section, the greater weight of the piano is replaced first by strings, and then by the full orchestra.

Alwyn was seventy-five years old, and contemplating giving up composition, when he was approached by the English Chamber Orchestra Wind Ensemble to write a piece for it. The work, a Concerto for Flute and Winds, was completed in 1980. In 2006, at the request of the William Alwyn Foundation, John McCabe arranged it for flute and full orchestra, the version included on this album.

The Magic Flute Dances by Jonathan Dove is based loosely around the opera by Mozart, and was written in response to a commission from The Young Concert Artists Trust and Emily Beynon. The storyline is here explained by Dove: ‘What happens to the magic flute at the end of Mozart’s opera? Does Tamino give it back to the three ladies? Does it lie in a box, forgotten, at the back of a cupboard? Does it, perhaps, come out and dance, singing to itself about Tamino’s adventures? When Emily Beynon asked me for a concerto that had some connection with Mozart, I thought this could be an opportunity to let the flute out of its box.’(chandos. net)