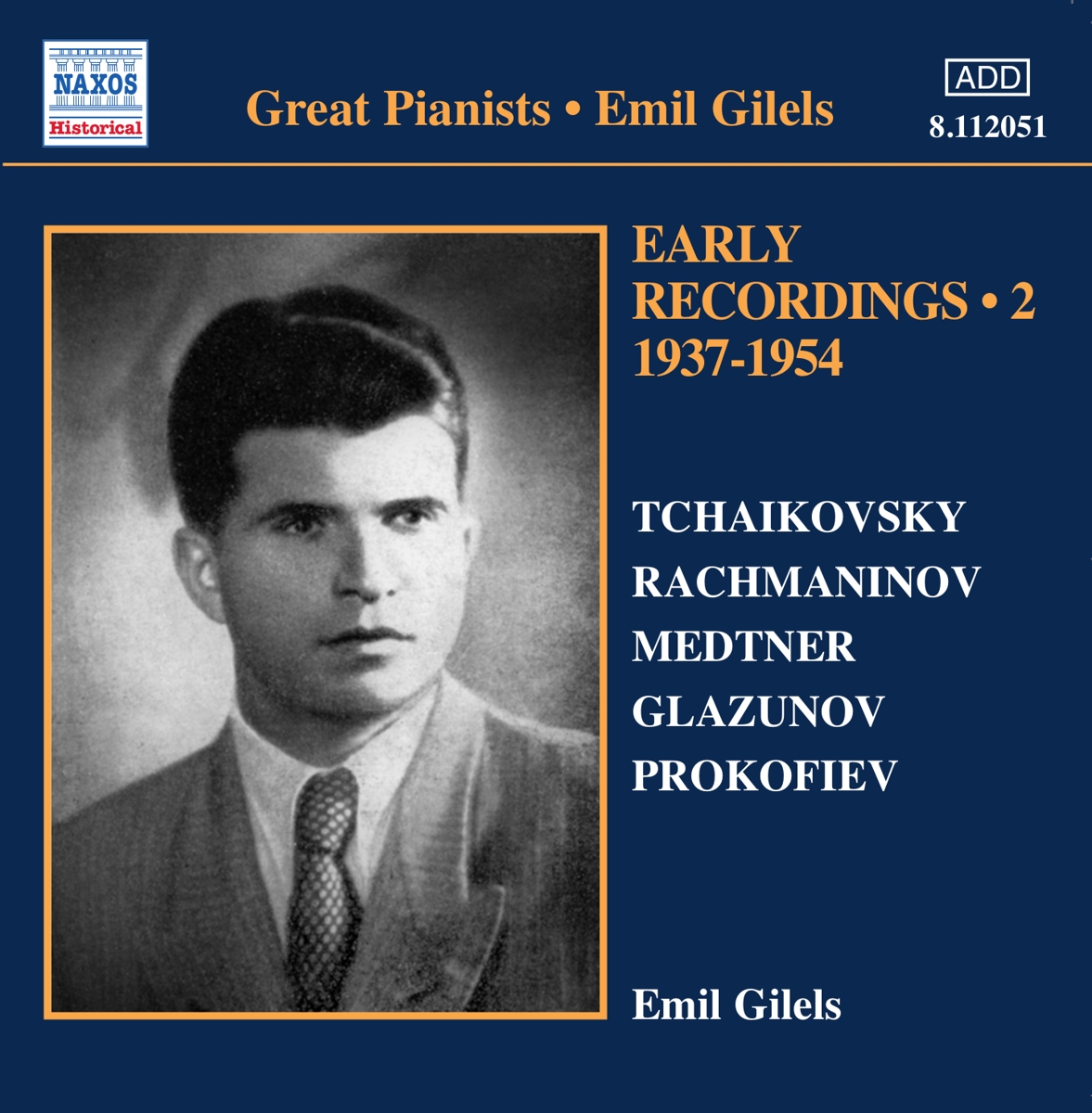 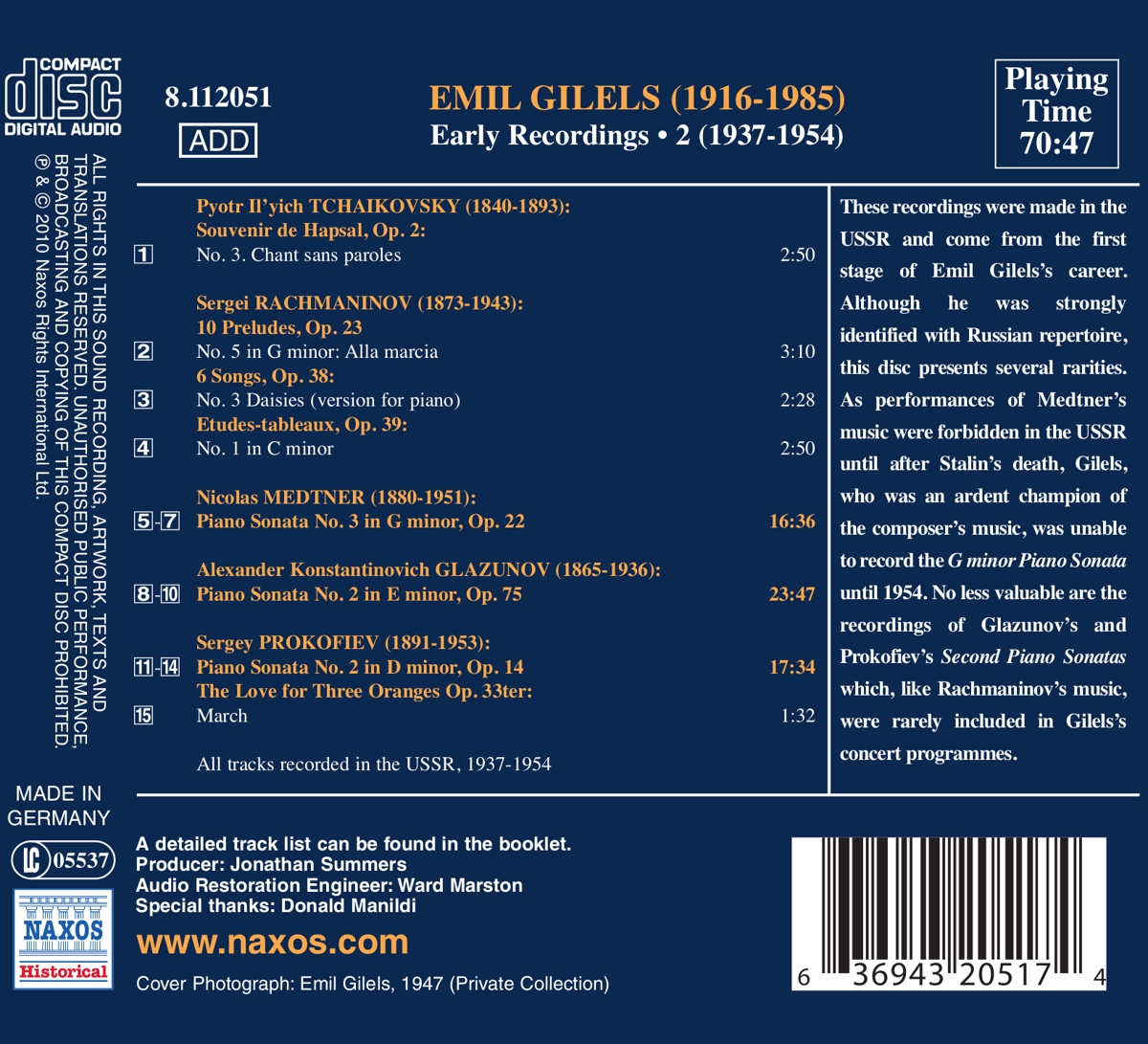 Bewertung:
umgehend lieferbar, Bestand beim Lieferanten vorhanden
EUR 7,99*
Versandkosten
These recordings were made in the USSR and come from the first stage of Emil Gilels's career. Although he was strongly identified with Russian repertoire, this disc presents several rarities. As performances of Medtner's music were forbidden in the USSR until after Stalin's death, Gilels, who was an ardent champion of the composer's music, was unable to record the G minor Piano Sonata until 1954. No less valuable are the recordings of Glazunov's and Prokofiev's Second Piano Sonatas which, like Rachmaninov's music, were rarely included in Gilels's concert programmes.