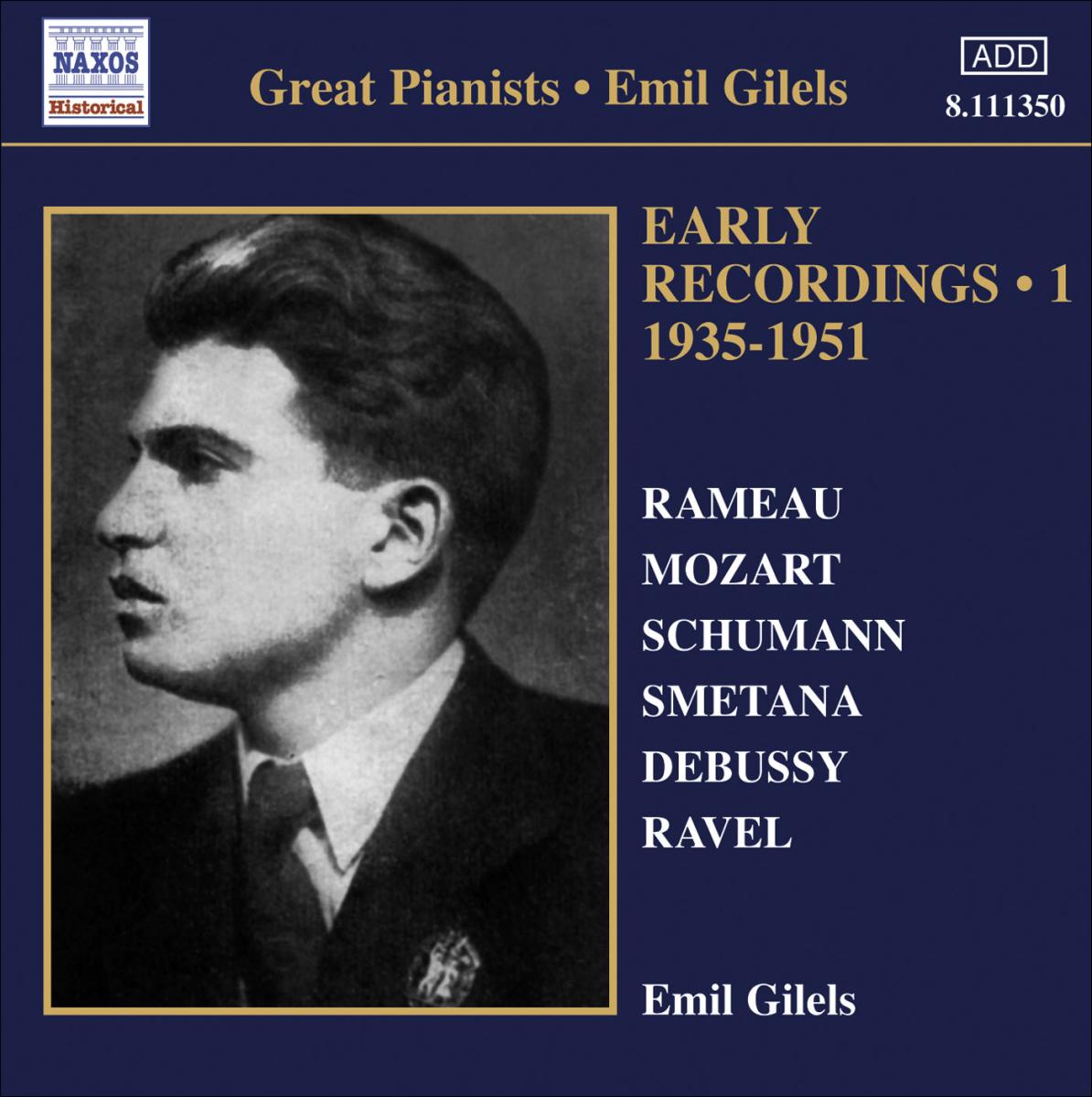 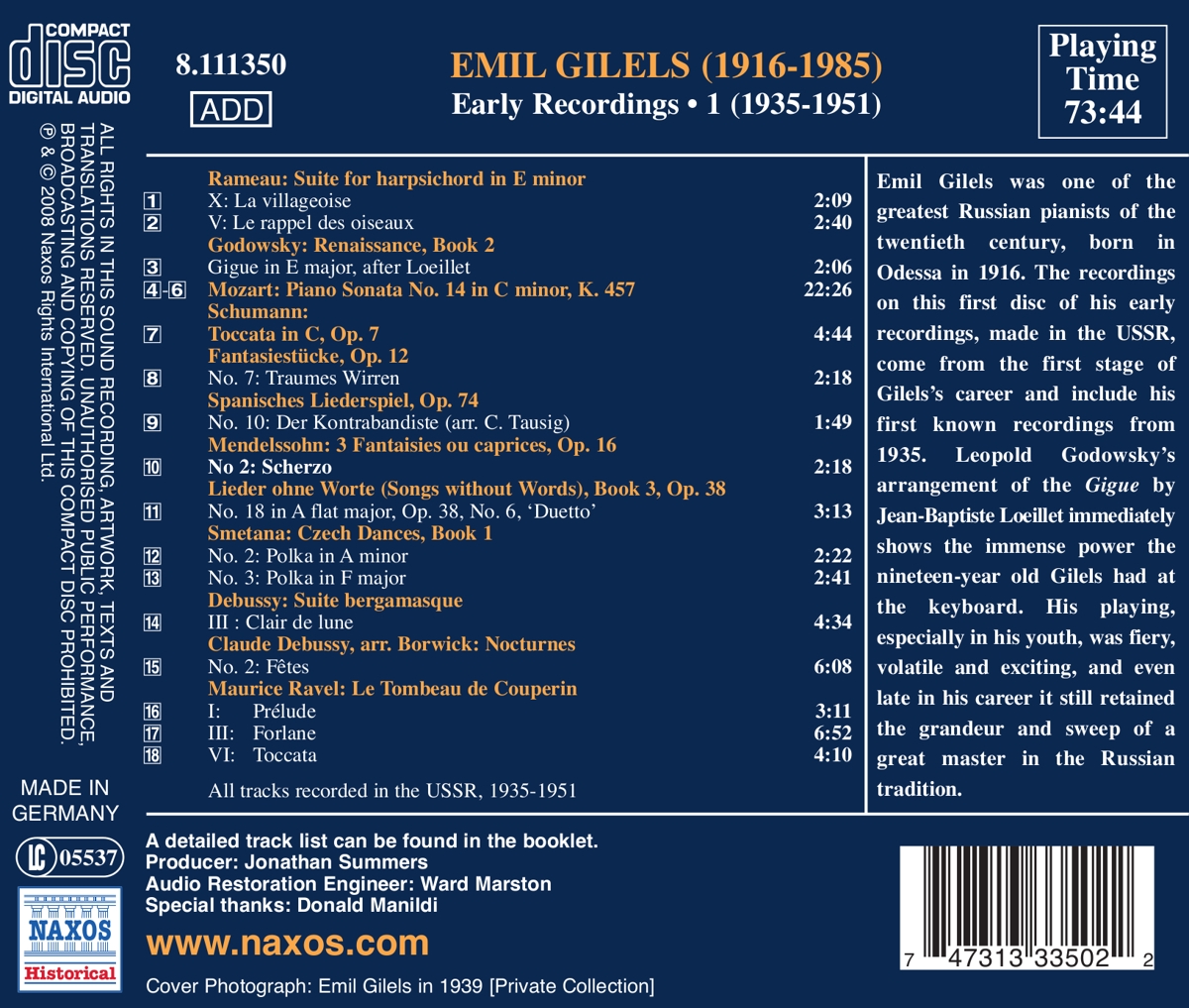 Bewertung:
umgehend lieferbar, Bestand beim Lieferanten vorhanden
EUR 12,99*
Versandkosten
Emil Gilels was one of the greatest Russian pianists of the twentieth century, born in Odessa in 1916. The recordings on this first disc of his early recordings, made in the USSR, come from the first stage of Gilels's career and include his first known recordings from 1935. Leopold Godowsky's arrangement of the Gigue by Jean-Baptiste Loeillet immediately shows the immense power the nineteen-year old Gilels had at the keyboard. His playing, especially in his youth, was fiery, volatile and exciting, and even late in his career it still retained the grandeur and sweep of a great master in the Russian tradition.