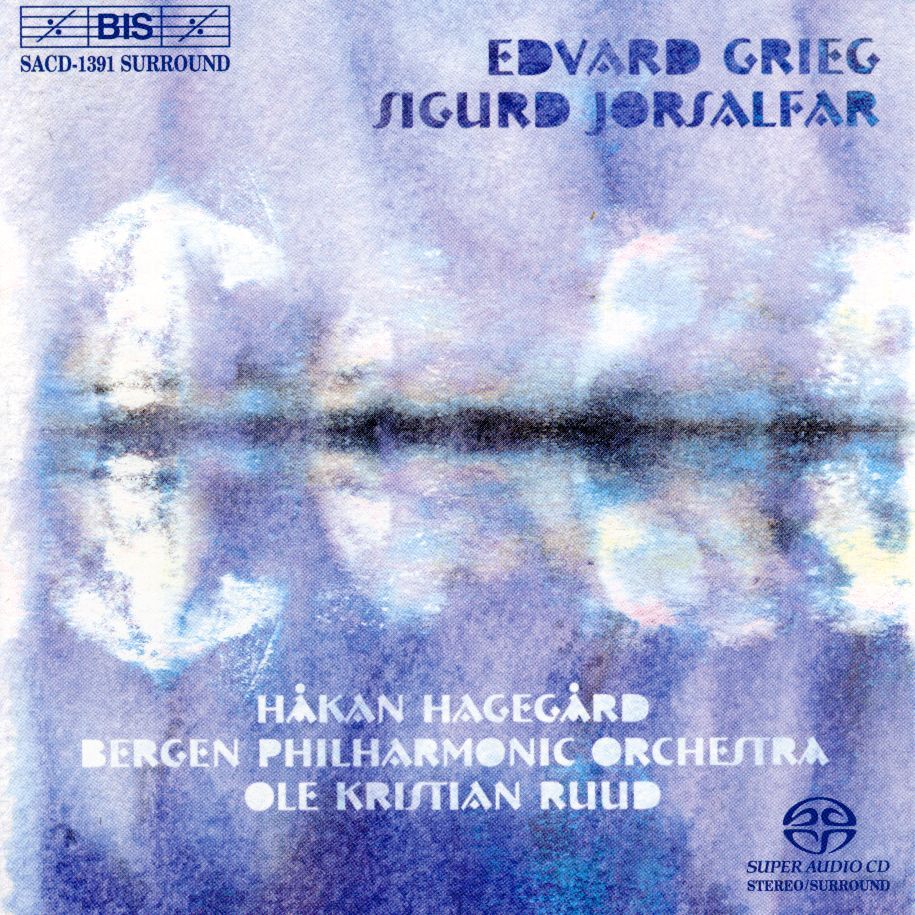 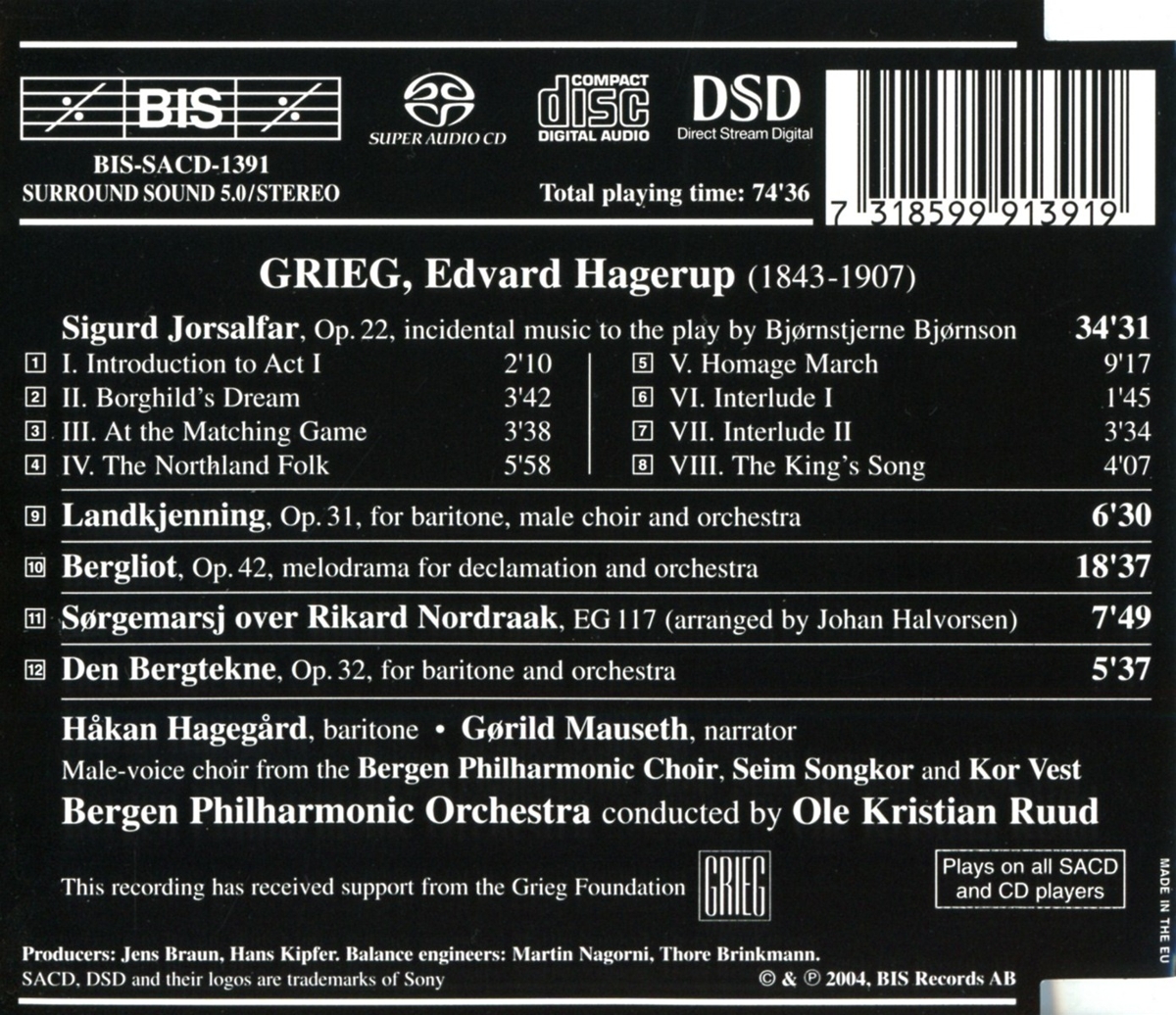 Bewertung:
versandfertig innerhalb von 1-3 Tagen
(soweit verfügbar beim Lieferanten)
EUR 18,99*
This the third disc in our series of Grieg’s orchestral music has as its theme works inspired by the composer’s countryman, the poet Bjørnstjerne Bjørnson (1832-1910), himself greatly inspired by ancient Norwegian heroic poetry. Most well-known of the present works is probably Sigurd Jorsalfar, mainly because of the (purely instrumental) suite later arranged by Grieg.

The incidental music to Bjørnson’s play includes two movements with vocal solos, here interpreted by Håkan Hagegård – the Swedish baritone whose impressive international career started with the role of Papageno in Ingmar Bergman’s filmed version of The Magic Flute. Hagegård is soloist on two more works on the disc, of which Landkjenning (Land Sighting) also employs a Bjørnson text based on an incident in the life of Viking king Olav Trygvason, who on returning by ship from England in 995, decides to build the great cathedral of Nidaros (the present Trondheim).

The third Bjørnson-Grieg collaboration is Bergliot, a “melodrama for declamation and orchestra”. Again, the theme is historical with Bergliot (interpreted by leading Norwegian actress Gørild Mauseth) leading a peasant uprising in order to revenge the slaying of her husband and son. Between musically independent climaxes the listener hears Bergliot’s various emotions, ranging from impassioned pride to profound despair and resignation. Den bergtekne (‘The Mountain Thrall’) for baritone and orchestra, is another highly emotionally charged work, based on an ancient folk ballad.

“Ruud draws from his orchestra playing of rare power and intensity and balances the moments of introspective grief with the almost unrestrained outporing of passion to perfection.” International Record Review July 2004