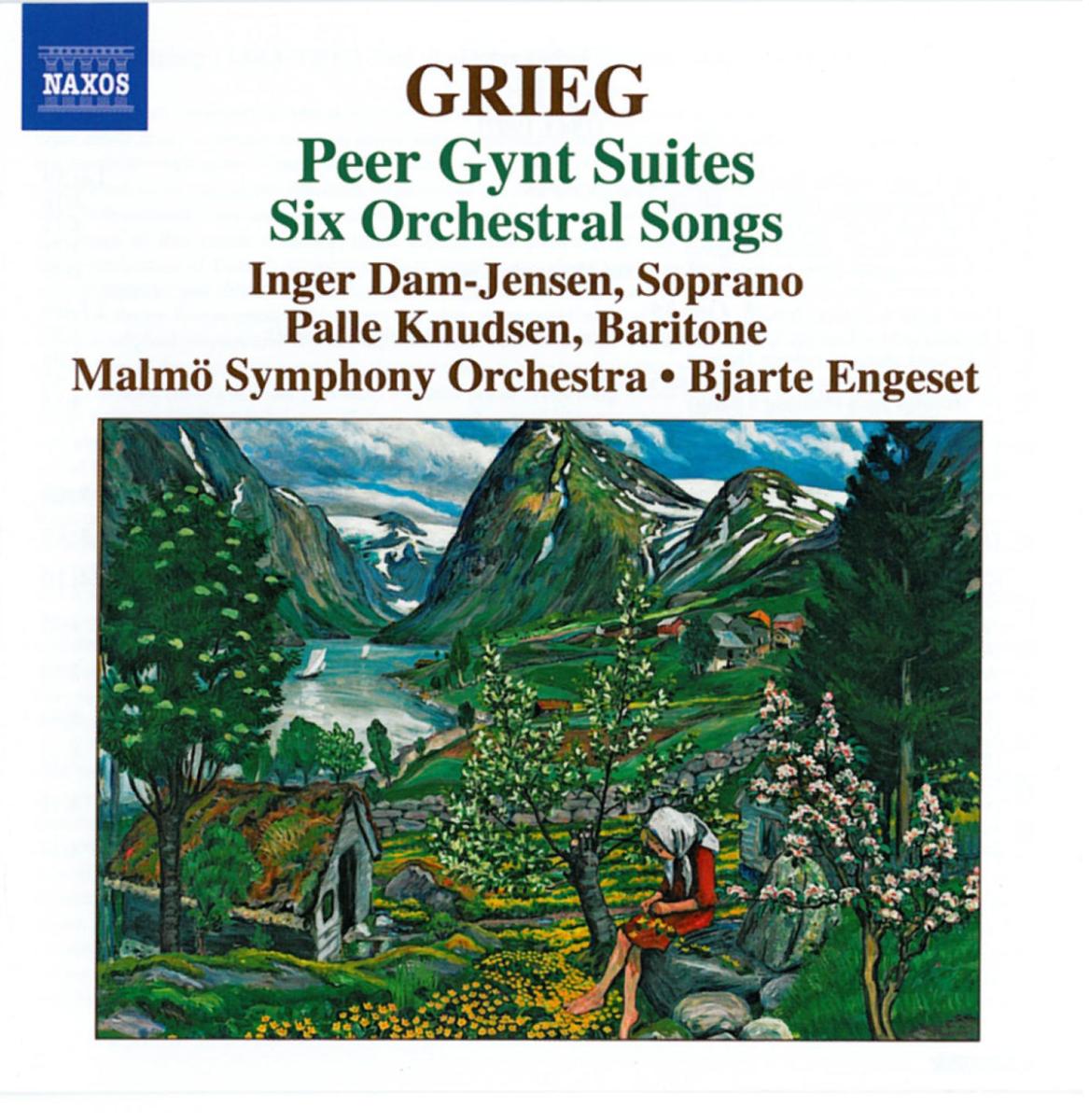 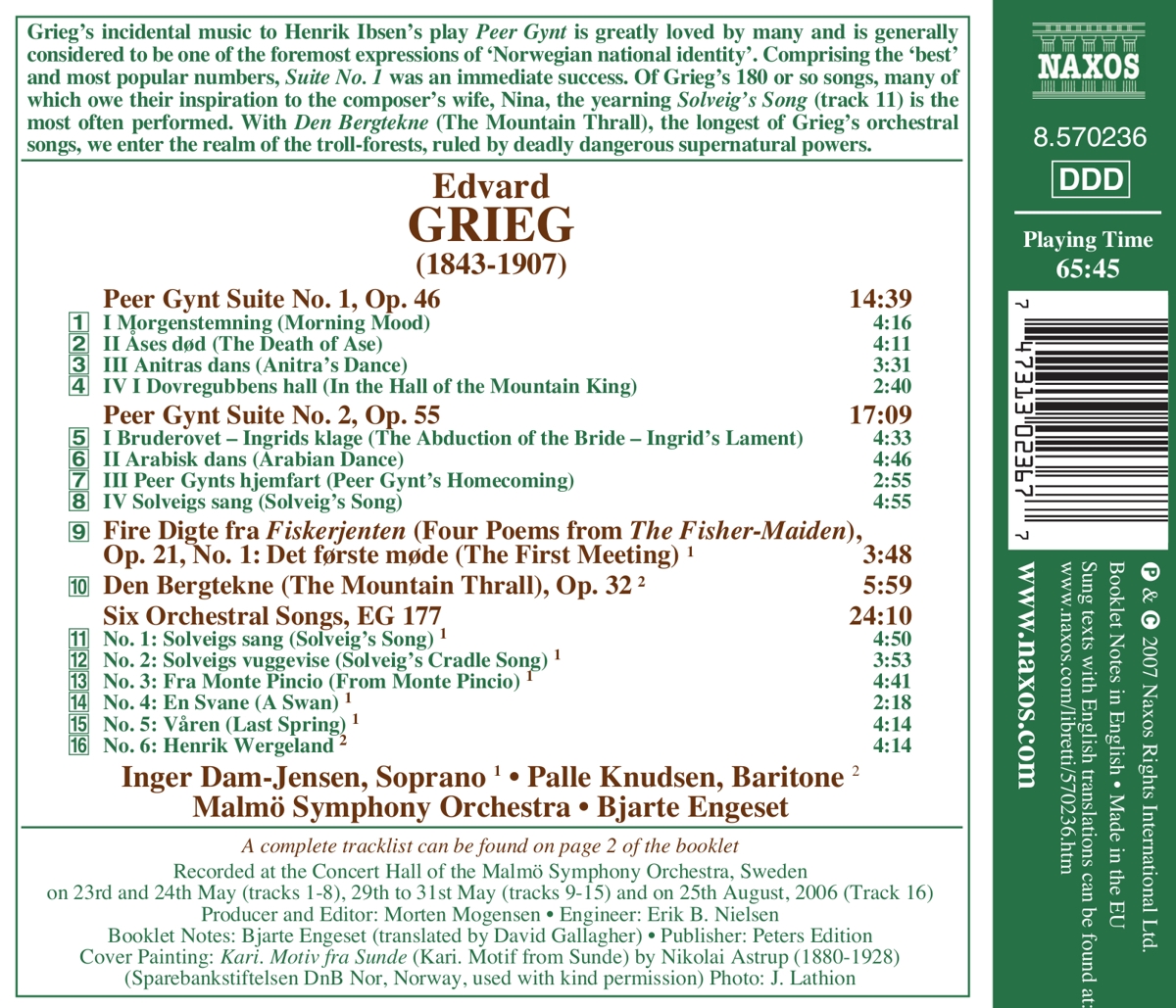 Bewertung:
Nur noch 1 Stück am Lager. Danach versandfertig innerhalb einer Woche (soweit verfügbar beim Lieferanten)
EUR 9,99*
Versandkosten
Grieg's incidental music to Henrik Ibsen's play Peer Gynt is greatly loved by many and is generally considered to be one of the foremost expressions of 'Norwegian national identity'. Comprising the 'best' and most popular numbers, Suite No. 1 was an immediate success. Of Grieg's 180 or so songs, many of which owe their inspiration to the composer's wife, Nina, the yearning Solveig's Song (track 11) is the most often performed. With Den Bergtekne (The Mountain Thrall), the longest of Grieg's orchestral songs, we enter the realm of the troll-forests, ruled by deadly dangerous supernatural powers.