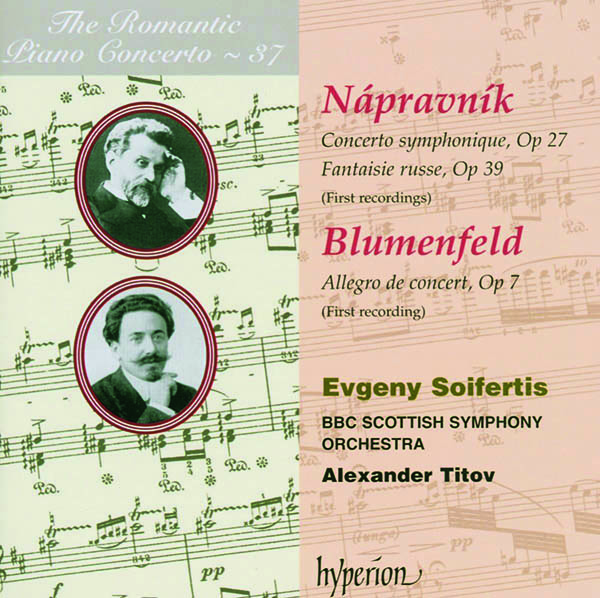 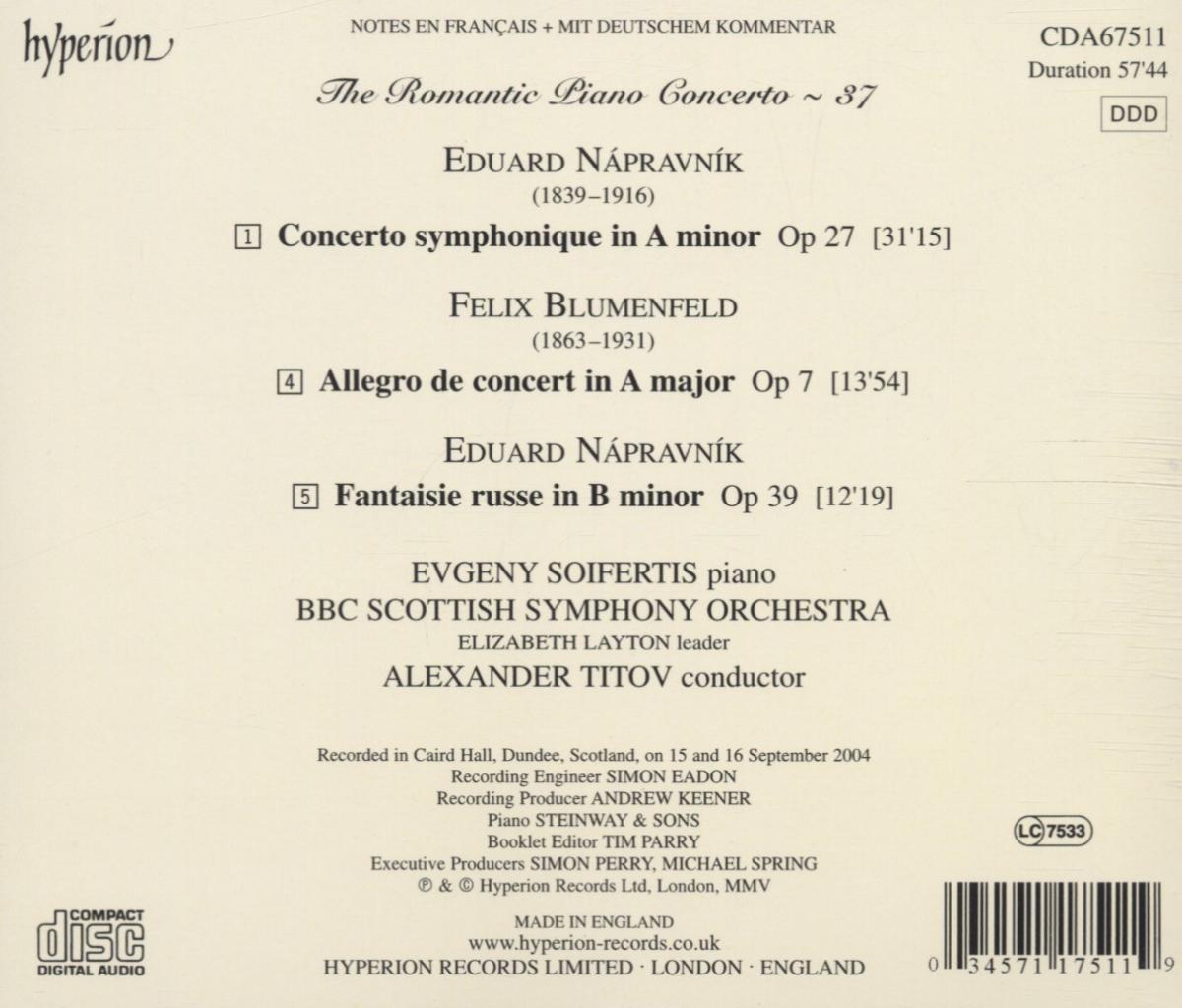 Eduard Nápravník is hardly a household name, but he was one of the most important figures in nineteenth-century Russian music. As conductor of the Mariinsky Theatre – one of the finest opera houses in Europe, which became the Kirov Theatre – he worked with many of the most important composers of the day, including Tchaikovsky and »The Five«. He composed four operas, and many works in a range of genres, including four symphonies and the two works for piano and orchestra on this disc. His A minor Piano Concerto (1877) begins with a striking reference to the »Dies irae« of Verdi's Requiem, and is a work of tremendous energy and lyricism, with a nocturne-like slow movement and a dance-like finale. The Fantaisie russe (1881) is based on three Russian folk tunes, and is infectious in its melodic richness and thrilling in its virtuosity. Felix Blumenfeld is probably best known as the piano teacher of Vladimir Horowitz and Simon Barere, but he too was a key figure in Russian music, as pianist, conductor, editor, teacher and composer. His Allegro de concert (1889) combines an oriental flavour reminiscent of Glinka, Rubinstein and Balakirev with piano-writing that owes much to Liszt. Evgeny Soifertis, who was born in Kiev but has settled in London, breathes life into these neglected scores and plays with zestful energy and poetic repose. He is superbly supported by the BBC Scottish Symphony Orchestra and Alexander Titov, and this is another distinguished addition to Hyperion's exploratory Romantic Piano

»Star of the show is pianist Evgeny Soifertis … His bravura style is all there, but some pianissimo playing and tender melodic phrasing, not least in the slow movements, might have lifted the works out of obscurity« (Pianist Magazine)

»it's hard to dismiss music that tries so hard to be likeable. Certainly, if you've been collecting the rest of Hyperion's ›Romantic Piano Concerto‹ series, you'll enjoy this latest addition as well. There are strong notes and typically fine Hyperion engineering« (International Record Review)