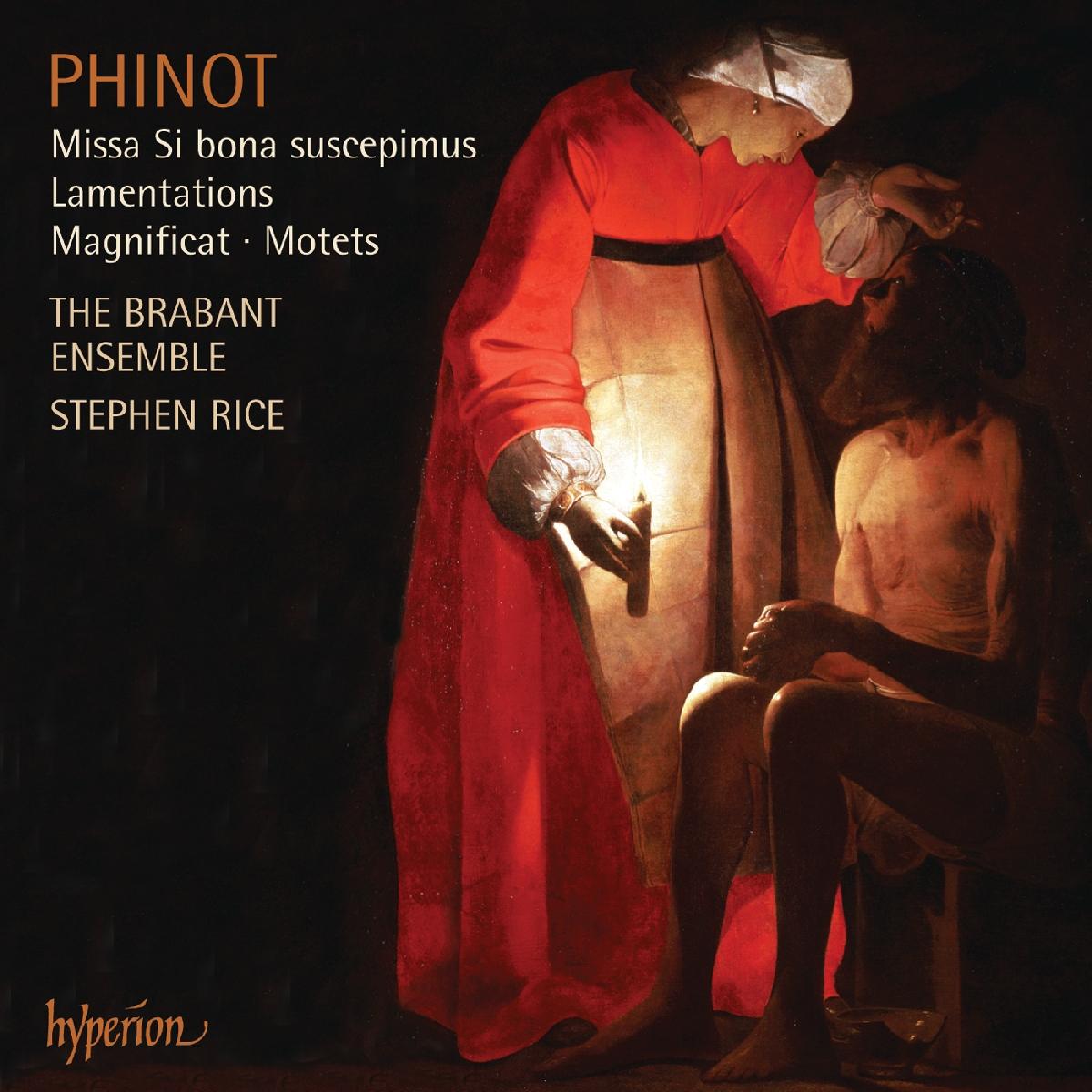 The young Oxford choir turns its immaculate ensemble, lucid diction and faultless tuning to an exciting find: a hugely neglected composer from the 16th century. Relatively little is known about Dominique Phinot’s life—there is a suggestion that he was executed for homosexual practices, cutting short a productive and impressive composing career. Phinot’s output consists of over a hundred motets, two Masses, and settings of Vesper Psalms and the Magnificat, as well as two books of French chansons and two Italian madrigals.

The acclaim with which his sacred compositions were received is evident both in the frequency of their publication as well as in the writings of his contemporaries. He was clearly renowned as a master of imitative polyphonic writing. The publication in Lyons during 1547 / 8 of two collections of Phinot’s motets secured his reputation for the rest of the century and beyond. Not only do the five-voice motets in the Liber primus mutetarum confirm his outstanding polyphonic skills but the Liber secundus contains five eight-voice works which are of considerable historical importance. The latter are unique in the mid-sixteenth century in their treatment of double-choir dialogue, a technique in which two four-part ensembles normally alternate thematically related phrases of varying lengths. These works, of which four are included in this recording, are the antecedents of the resplendent Venetian polychoral tradition of the late sixteenth and early seventeenth centuries.

'There are many laurels to award in this column, but arguably the biggest, shiniest and bushiest wreath should land on Stephen Rice and his spirited Brabant Ensemble for their outstanding disc of works by Dominique Phinot. What a discovery! Extraordinary music, not least the 'secret chromatic art' exemplified in the motet Pater Peccavi, which deserves the widest hearing thanks to these sinuous, assured performance, captured in an edgy acoustic that enhances the curious architecture of the polyphony' (Choir & Organ Magazine)

'Rice has outdone his achievement of the first five discs with this fascinating and rewarding offering. If you have not discovered the Brabant Ensemble yet, by all means start here' (Fanfare, USA)

'If you are to make an investment into a new or unknown composer you need to be able to trust the performers. With the Brabant Ensemble and the musicianship and prowess of Stephen Rice you know that you are in safe hands … awards. They have a gloriously fresh, yet intensely expressive sound, intonation is miraculous and they are aided on each occasion by a superb acoustic and recording' (MusicWeb. com)