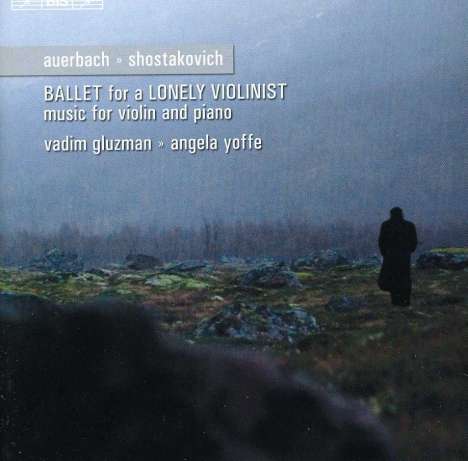 lieferbar innerhalb einer Woche
(soweit verfügbar beim Lieferanten)
EUR 19,99*
Versandkosten
On two previous releases the husband-and-wife duo of Vadim Gluzman and Angela Yoffe has brought us works by Lera Auerbach (BIS-CD-1242) and other composers originating from the former Soviet Union (BIS-CD-1392). These offerings have been much appreciated by the critics, who wrote: 'Vadim Gluzman and Angela Yoffe push their collective virtuosity sky-high' (Classics Today. com) and 'an exceptionally impressive and beautifully recorded recital, one that should win friends not just for this repertoire but for these superb musicians as well.' (International Record Review).

On their third BIS release they return to the young Russian-born composer Lera Auerbach (b. 1973), whose music was described in a Gramophone review as being 'put together with tremendous passion and imagination... the way she welds so many memorable moments into a convincing extended sequence shows a real composer at work.'

This time they have chosen to record her solo violin piece Lonely Suite, incidentally dedicated to Vadim Gluzman, and Sonata No. 2 for violin and piano. This work is subtitled September 11, and was written as the New York-based Auerbach's reaction to the attack on World Trade Center in 2001. The composer herself has written about it: 'Like the Phoenix, who dies in order to be born, this piece was born from death.' These two works are complemented by two pieces by Auerbach's great compatriot and predecessor, Dmitri Shostakovich. The Op. 134 Violin Sonata was composed as a birthday present to David Oistrakh in 1968, whereas Jazz Suite No. 1 is a new transcription for violin and piano (by Michael Gluzman, father of Vadim) of the 1934 Suite for Jazz Orchestra No. 1.