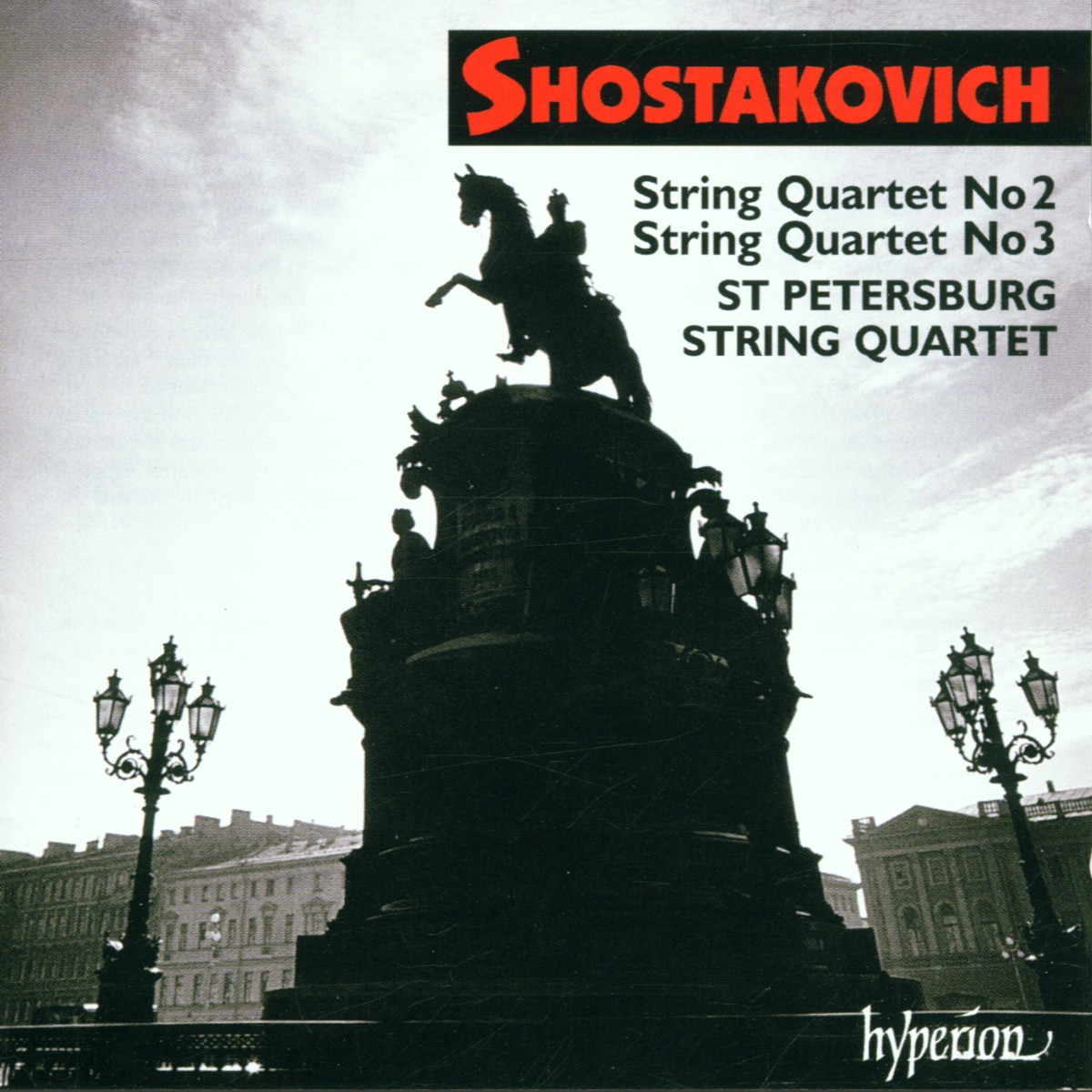 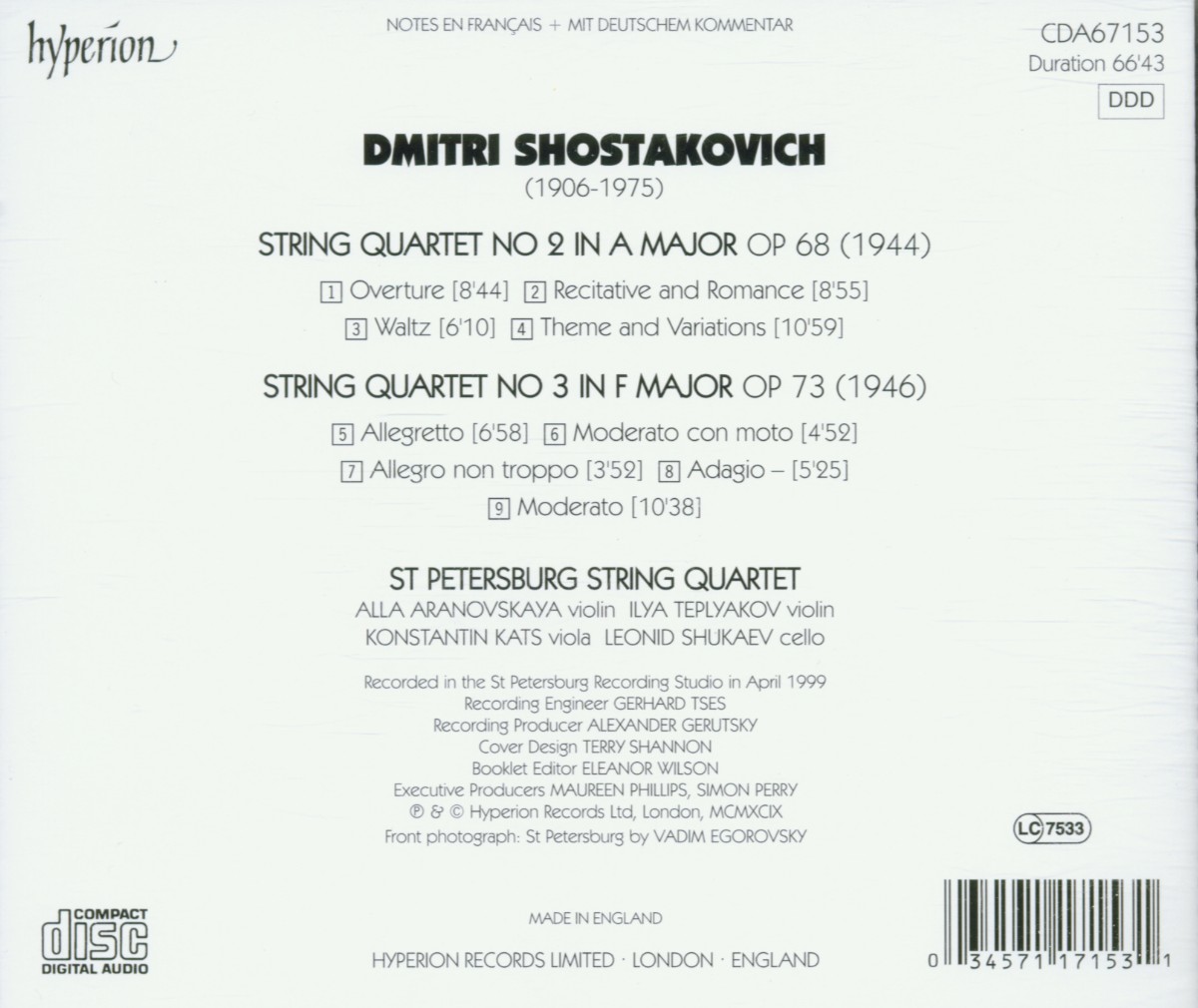 This is the first of what will be the entire set of Shostakovich Quartets recorded by the St Petersburg String Quartet on Hyperion. Shostakovich wrote his first string quartet in 1938, with No 2 following six years later in 1944 (three weeks after the completion of his Piano Trio). The Piano Trio and String Quartet No 2 appear, emotionally, to be the obverse of the same coin and although the Quartet contains structural elements such as found in the Piano Trio, it stands entirely on its own as a wholly convincing work of art.

Having achieved a unique mastery of quartet-writing in No 2, by 1946 Shostakovich tackled the medium again. Also by this time, he had successfully tackled a formal challenge which had long fascinated Beethoven—the joining-together of movements of different character, yet done in such a way as to make their continuation both seamless and inevitable. Shostakovich had done this in the Eighth and Ninth Symphonies, as well as in the Piano Quintet and Piano Trio, but had not thus far attempted it in quartet writing. The Quartet No 3, which is in some respects superficially akin to the Ninth Symphony, revealed new facets of this great composer's compositional mastery, and plumbed considerable depths for Shostakovich than before in this medium.